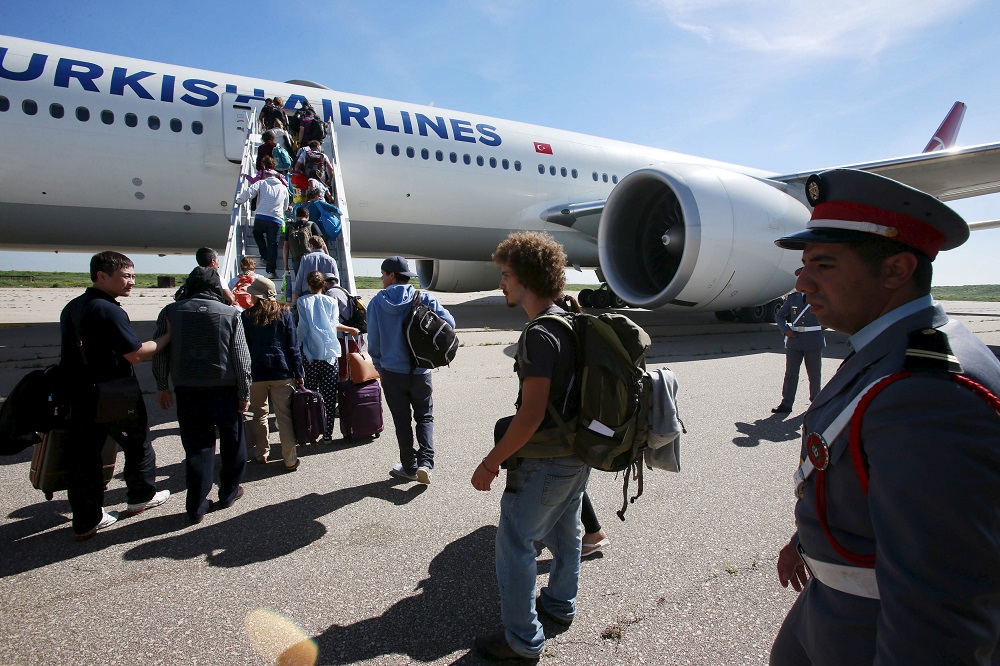 In absolute terms, the citizens of Turkey deserve visa-free access to the EU—much like close EU neighbors such as Serbia or faraway countries like Paraguay already enjoy—due to the intensity of trade, financial, and human exchanges between the EU and its southeastern neighbor. And the EU has a distinct interest in easing the flow of Turkish students, academics, cultural operators, and businesspeople because doing so would enhance the EU’s cultural, educational and trade interests.

But at this point in time, the issue is different: German Chancellor Angela Merkel has prompted European Commission President Jean-Claude Juncker and his fellow European commissioners to trade visas for refugees. On March 18, Brussels and Ankara agreed to a deal that aims to stem the flow of migrants from Turkey to the EU and promises among other things to lift the visa requirements for Turkish citizens entering the EU, provided Ankara meets the 72 standard technical conditions. With this agreement, EU leaders imprudently launched themselves into bazaar diplomacy and, worse, omitted to factor in the transparent and predictable workings of Turkey’s domestic politics.

When the EU-Turkey deal hits its first crucial deadline on visas on May 4, this unusual diplomatic bargain—beyond being fairly immoral for refugees and illegal in terms of EU and international law—is at risk of falling apart for two reasons.

The first reason is that the EU’s offer came after a dramatic year that saw close to 1 million refugees cross into the EU, most of them via Turkey, where traffickers were noticeably unchecked by the authorities. The year 2015 was also one in which populist and extreme-right political forces rose in many European countries, coming to power in some and getting closer to it in others. With many more elections and a British referendum on EU membership on the horizon, it is hardly a propitious moment for visa liberalization.

The second reason for the deal’s potential collapse is the assertive attitude of the Turkish leadership. EU leaders—call them naive or bent on realpolitik—thought they were partnering with Ankara in a mutually beneficial deal, but it is not quite so. Admittedly, they were blackmailed on October 5 with a threat to open the refugee floodgates if the EU did not institute a visa-free regime for Turkish citizens. Can European politicians afford such hostile treatment as a matter of routine? Do they want to run the resulting political risks at home?

Some confident observers say that the Turkish leadership will mellow at some future point because the state needs the €3 billion ($3.4 billion)—or, potentially, €6 billion($6.8 billion)—that the EU has promised and because it cannot afford to deliberately send busloads of refugees onto the highway to Bulgaria as Sofia would close the border immediately. Or, other optimists say, Ankara cannot afford to disappoint the Turkish public and would ultimately settle for a partial deal that grants certain categories of Turkish citizens visa-free access or limits the deal to certain countries in the EU’s passport-free Schengen Area.

This view ignores the Turkish politics of the issue. Given the current political climate in Turkey—where the ruling Justice and Development Party (AKP) regained its parliamentary majority in the November 2015 election after a major vote swing on the back of a campaign focused on security and nationalism—the refugees-for-visas deal is a true win-win proposition for the leadership. Should the deal be 100 percent honored, with Turks gaining a full visa-free regime, this would be a triumph for Ankara after years of frustration on the accession track. Should the deal fall through or be only partly respected, even if the reason is Turkey’s noncompliance with EU conditionality, the nationalist narrative will be rolled out: “See the EU’s true face, not honoring its promises!”

It will be no wonder, then, if in the coming weeks and months, EU leaders are dragged through the mud in the heavily controlled Turkish media. No wonder if European populists and extreme-right parties profit from this situation. The EU’s international image will be further tarnished, and domestic politics will bear the brunt of the damage in a number of European countries.

The Turkish win-win might not last forever, though. Given the Turkish leadership’s fast-deteriorating record on the rule of law, its propensity to meddle openly in the exercise of fundamental freedoms in the EU, its decision to deny Turkey’s Kurds a peaceful outcome of the current crisis, and its ambivalent record on fighting the self-styled Islamic State in Syria, no one should be surprised if the political mood in Brussels, London, Paris, and even Berlin turns sour with Ankara.

In recent months, I have often been told that my analyses did not offer an alternative way out of the current EU-Turkey entanglement. It is true that the refugee crisis was one of those instances in which decisionmakers have a choice only between a bad and a worse option. But diplomacy is also the art of looking beyond the horizon to avoid getting trapped in an even worse situation.

Given the complex parameters of the current crisis, EU leaders would be well advised to focus on five key areas.

First, they should keep monitoring how EU funds for Syrian refugees are spent, as there is inevitably a request from Turkey to manage these funds by itself, which would lead to further politicization of the program.

Second, EU leaders should manage the visa liberalization issue with strict respect for EU procedures and conditions, because other countries such as Ukraine or Georgiathat are currently engaged in similar negotiations will be keen to ensure fair treatment.

Third, the EU should leave Turkey’s accession process on the back burner, otherwise the entire issue of visa liberalization will become untenable in the EU. Linking Turkey’s refugee controls to the opening of accession negotiation chapters is a deadly trap for the EU, because it amounts to exonerating Turkey from the EU’s political criteria for membership. By making progress on accession contingent on Turkey’s refugee containment policy, Brussels has given Ankara massive leverage.

Fourth, EU leaders should focus on revamping the EU-Turkey Customs Union and foster investment, as discussed recently in Istanbul.

Finally, the EU go back to defending fundamental liberties in Turkey, and prevent Turkey to keep meddling in the exercise of freedom of speech in European countries. 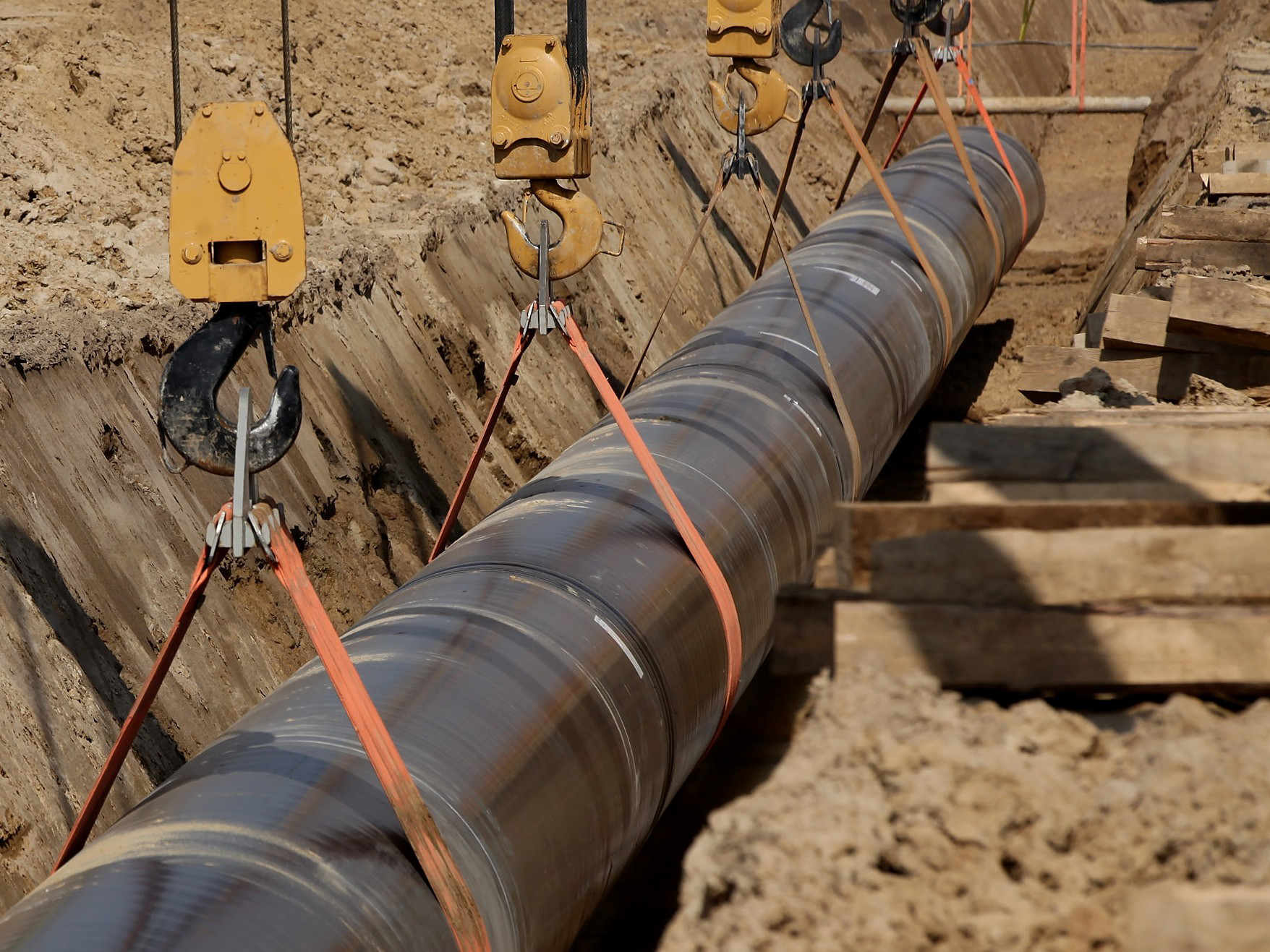