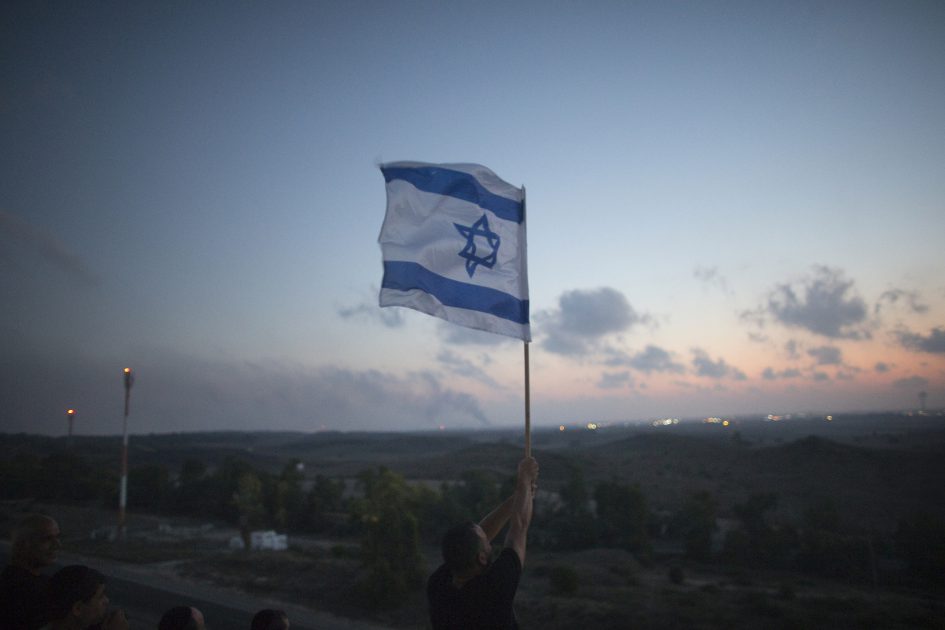 An Israeli man holds up a flag atop a hill overlooking the Gaza Strip in the southern town of Sderot July 20, 2014. More than 60 Palestinians and 13 Israeli soldiers were killed as Israel shelled a Gaza neighbourhood and battled militants on Sunday in the bloodiest fighting in a near two-week-old offensive. REUTERS/Ronen Zvulun (ISRAEL – Tags: CONFLICT CIVIL UNREST POLITICS) – RTR3ZFUS