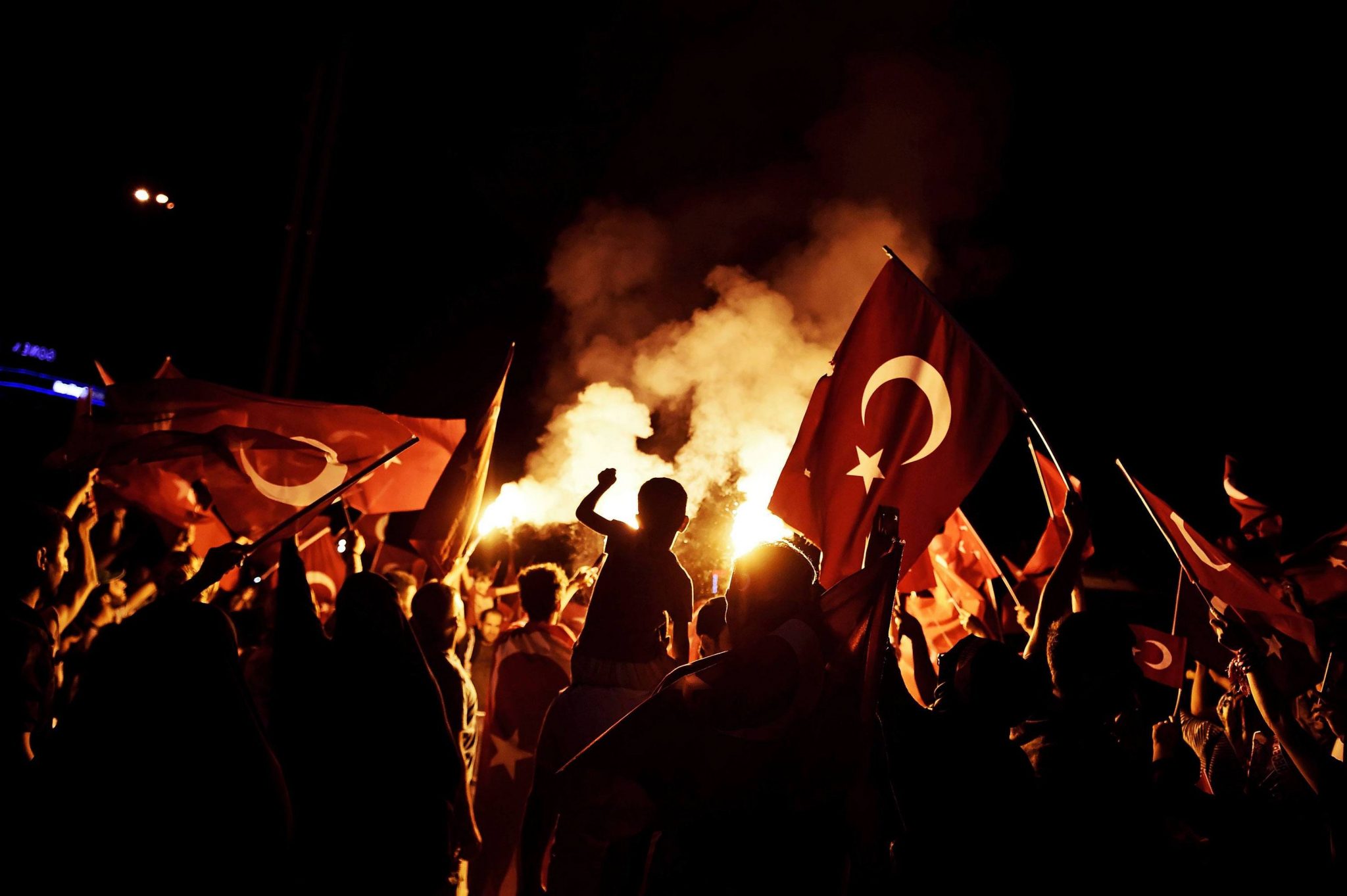 ‘I have been watching the streets where I’ve grown up. Nobody is smiling anymore. People turn their eyes from each other. There is a profound silence and sorrow everywhere…’

So tweeted Nesrin Nas some days ago. She is the former chairwoman of centre-right Motherland Party, which was founded by the late president Turgut Özal and an academic expert on economy who these days is in desperate struggle, with some other liberal-leftist politicians, to form a democratic front in Turkey.

‘The gloom has covered even the school kids. While waiting for their service buses in the mornings they no longer chirp. The fear has taken kids and everybody else as hostages.’

‘We have all fallen ill, from A to Z. Even before we have not been a society that would reason soundly, and now, because of the rulers’ distinguished efforts, we have become spiritually deranged.’

Sounds familiar? Much of these observations are reminiscent of the writings we inherited from German and Austrian societies in 1930’s, no doubt. No wonder many deeply concerned Turkish intellectuals turn to read Stefan Zweig, these days.

‘I couldn’t find any source who would speak to me on the record,’ told me an Italian colleague who was touring around Turkey:

‘They are simply afraid. Of ending up as black sheep, being sent to prison or losing their jobs. It’s a tremendous trauma which you can even touch with your fingers.’

While the economy is crumbling and the grounds of Turkey’s decades-long relations with the EU and NATO are shattering, the focal point of Erdoğan Government’s performance is to deepen the trauma by issuing decree after decree, tightening the screws over the society. It is as if a massive test is being staged for how long those who disagree with the ruling AKP’s policies will put up with these measures that amount to a straitjacket over citizens.

Two more decrees landed days ago, which mean more than 15 thousand people were fired from the state apparatus. 550 NGO’s and associations, 18 foundations and nine more media outlets were shut down. The reason remains the same ‘activities related with bodies that pose a threat to national security.’

‘Soon there will not be a single organisation left open other than those who who belong to His Majesty.’

Each authoritarian measure bears, at the very core, an addition to a human tragedy. Veli Saçılık‘s case is one of them; a spectacular one that carries within a strong symbolique of where the relations between the state and citizen lie. Saçılık is one of those thousands who lost their jobs by the recent decrees. As a sociologist, he was an employee at the Directorate of Family and Social Policies in Ankara.

‘First you took off my arm, and now my job. I shall not yield!’

He tweeted. 16 years ago, Saçılık was a prisoner, sentenced for membership of the ‘Turkish Revolutionary Communist Party’ (TDKP) when, during a prison riot, bulldozers sent in by the security forces had ripped off his arm, which was found a day later in a dog’s mouth. He did not let go of the case.  He won a legal battle and received reparations in 2005. But the Ministry of Justice filed a counter-charge, accusing Saçılık and some others for the uprising (he had long claimed that he had only thrown stones at the gendarmerie soldiers) and won against him, asking for the triple amount of the reparation back. But Saçılık did not give up and took his case to the European Court of Human Rights, which in 2011 ruled in his favor.

This single case itself is enough to understand the magnitude of tragedy encompassing hundreds of thousands of people in Turkey currently.

There is more. The sweep arrests among the elected Kurdish politicians is widening on daily basis. 74 year-old veteran politician, Ahmet Türk, known as a ‘dove’ within the Kurdish Political Movement, about whom I had written in a previous chronicle, stands as another case bearing a strong symbolique. After being deposed from his mayoral post in Mardin, he is now under arrest.

‘I am incarcerated, or not, what does it matter’ he is reportedly told his relatives while being taken away by the police. ‘The issue is, how this bloodshed will stop, how this problem will be resolved. This bloodshed, how?’

The anti-Kurdish sweep goes now as far as a Turkish court issuing an arrest order for a top figure of the Syrian Kurds, Salih Muslim. He is the leader of the Democratic Union Party (PYD), a key player in the battle against the ISIS in Syria. Muslim is not a Turkish citizen.

‘This ruling has no validity to arrest me’ Muslim said.

‘There is no rule of law in Turkey anymore, it is ruled by Sultan’s edicts. The courts act according to these decrees. That’s why nobody takes these things seriously. They (in Ankara) do know it too, but their aim is to pressurize other countries by saying that there is an arrest order, why don’t you catch him and hand it over to us…’

The question is, whether or not the systematic arrests of Turkey’s Kurdish politicians conceal an intention to enhance the military campaign into the parts of Syria controlled by Syrian Kurds, while containing a larger Kurdish unrest at home. Or, as some others ask, Ankara speeds up the pace to gain as much political and diplomatic ground for future negotiations on give and take as Trump Administration takes over.

No matter what, increased cabin pressure at home and in foreign policy exposes Ankara, more and more, as a matter of urgency.

There is no more any doubt that Turkey under the AKP is no longer a ‘normalising’, ‘predictable’ and ‘benevolent soft power’, as it was once upon a time enthusiastically and repeatedly depicted in these terms by Abdullah Gül, the former president.

‘It looks like a bus with no brakes, no clutch discs’ told me a diplomat. ‘Or, like the movie, The Runaway Train, out of control, speeding in 200 km per hour, bound for a clash.’ Nobody, except a very few, grasped the true meaning of the emergency rule, when it was declared in July 21.

As I kept writing that from day 1 it was not meant to combat those responsible for the coup, but rather, for a counter-coup to ‘clean’ Erdoğan’s way to absolute power from all the oppositional obstacles, disregarding fully its consequences for a social and economic instability. It is what is happening now. The immense purge that doesn’t seem to wane is the crowning moment for leaving all doubts behind on how Turkey’s past 15 years mark the initial dreams for benevolent democratic change into a sheer nightmare, for large chunks of its society and its neighbors. It is this nightmare the West has to deal with now. The expressed will of the European Parliament, on Thursday, after all, means this: Brussels, you have an ‘AKP-rule problem’, and pretending it doesn’t exist will not make it go away. Let’s face it: the EU is not a ‘soft power’ anymore.

The way Hungarian leadership and the way Turkish presidency addresses their European counterparts from inside and from the periphery, subverts rapidly its foundations. It also pollutes the enlargement process of the Balkans. Orban and Erdoğan push for legitimacy in the EU domain, representing a format the EU should never identify itself with. Their defiance rises in decibels, as the EU ducks. Pointing out to the European leaders in contempt, what Erdoğan said on Wednesday should attract attention:

Let’s not get surprised if he in next speech blames the EU for neglecting Belarus, loudly demanding the accession talks with its President Alexey Lukashenko – in office for 22 years – immediately. 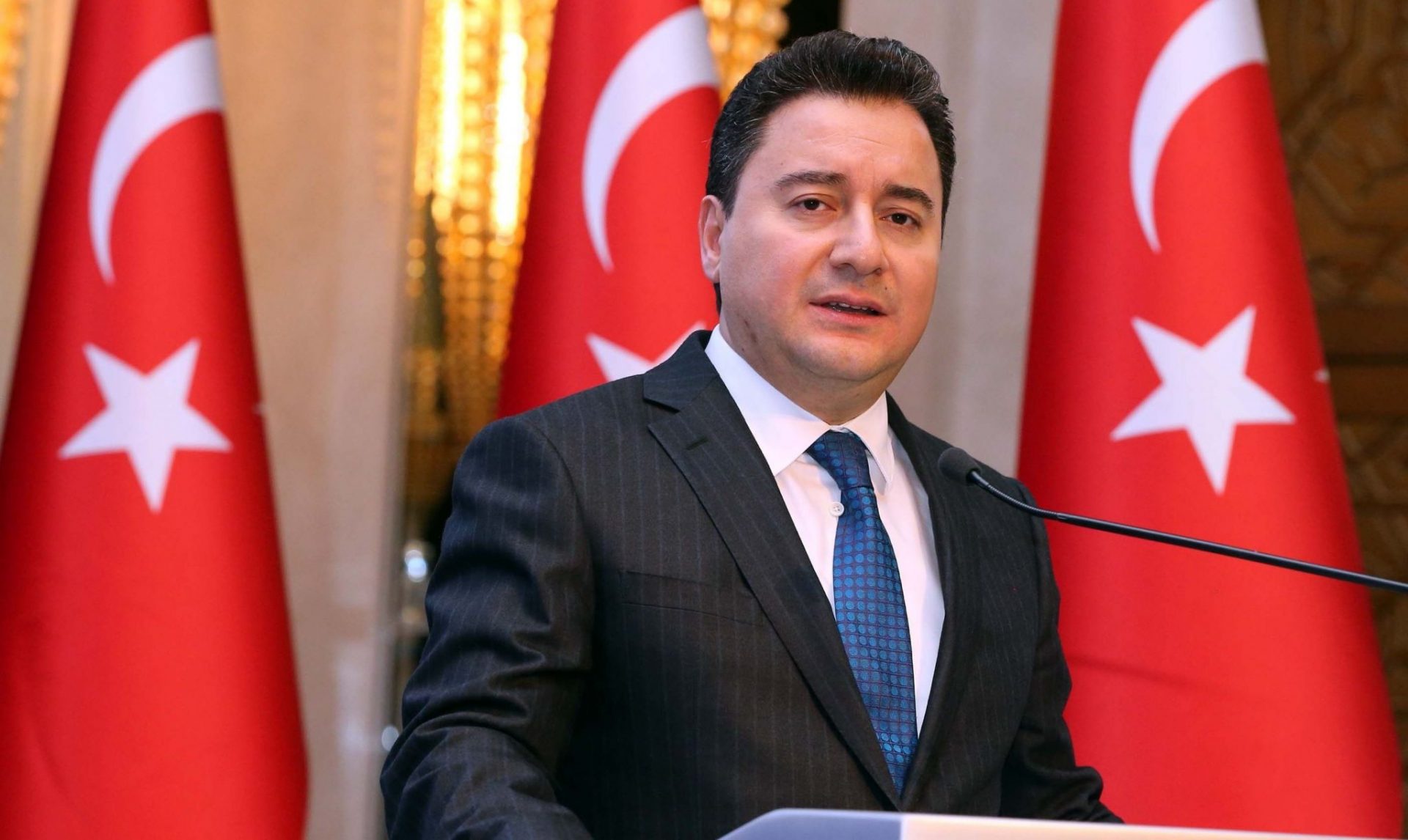