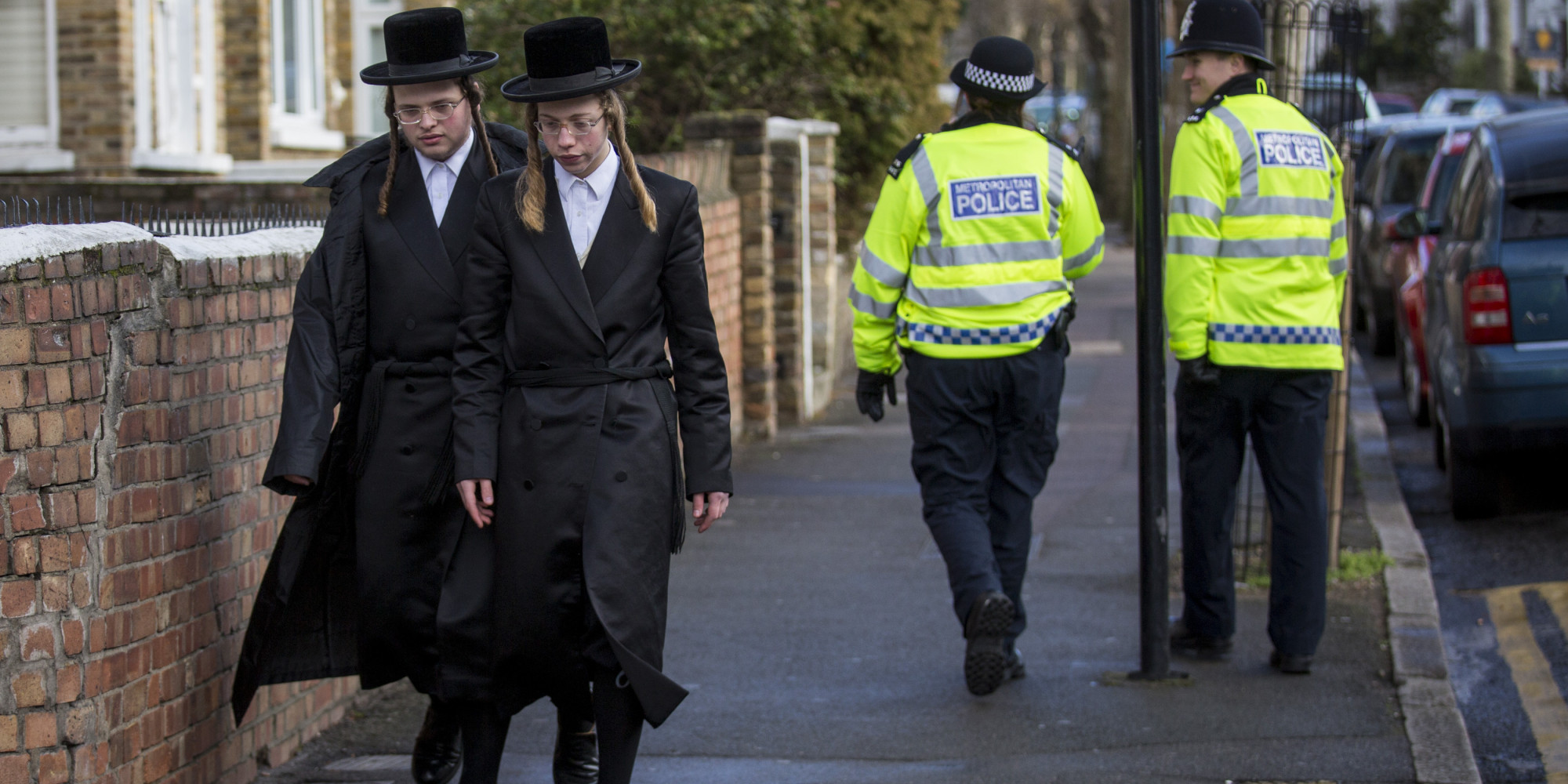 LONDON, ENGLAND – JANUARY 17: Jewish men walk along the street in the Stamford Hill area on January 17, 2015 in London, England. Police have announced they will increase patrols in areas with large Jewish communities such as London and Manchester in response to last week’s Paris attacks. The safety of other minority communities, including Muslims, and the protection of police officers deliberately targeted by extremists, is also being reviewed. Stamford Hill is a predominantly a Hasidic Jewish community with only New York City having a larger population of Hasidic Jews outside Israel. (Photo by Rob Stothard/Getty Images)