Western Balkans is a great place to travel. Eating great various food in Tirana, taking a bath in Buljarica, Montenegro, following a show in Belgrade or having a good coffee in Sarajevo and a lot of other leisure activities. Here days seems longer and time goes slower than in other latitudes.

In the Western Balkans there are also yet a lot of problems to solve : improving infrastructure and public services, establishing rule of law as well as good public and corporate governance, fighting corruption and organized crime. Part of them, like a good road infrastructure or healthcare need important investments.

A lot of these issues are quite easy to solve through transparency with digital technology.
Transparency can be a very fast way to improve trust and governance. Digital technologies make it easier and much cheaper today than some years ago. 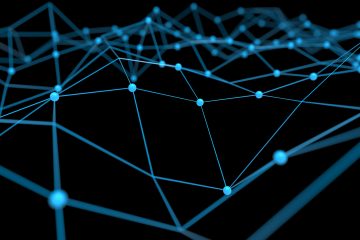 Milena Harito
Business, Western Balkans
The 6 February 2018 in the new the European Commission strategy for the Western Balkans, for the first time since the first steps of this region towards EU, the digital agenda became central. Launching a di… Be More Curious…

Just one comprehensive example from Albania transformation of the public human resources management. The Albanian public administration is small, unlike some other countries in the region, but yet until 2014 every office in the country was managing his own human resources, with some public employees that sometimes have not seen the office from years and others being in position without the required level of diplomas.

They were paid by the treasury on the basis of self-declaration of every office, but without any transparency or control on them. Of course the political influence was very present for the employment.
The government decided in 2014 to have a clean situation of every public employee which is paid by the public treasury.

It took less than a year and a small amount of money to build a digital register. But much more time was needed to convince, train and train again the human resources of public institutions to use this digital register, to complete it with the whole information on every single employee and of course to keep it updated. Institutions will always find a “good” reason not to do it, for local small interests. But with the political will, the appropriate legal framework and with the right allies in every institution the register was created.

Just to have an idea, it took only 3 weeks to one of the biggest and most sensitive agencies, the customs, to have all their employees on it and to have the tool for their own transparent human resources management. But they did it after more than years of delaying and delaying the process.

Transparency can be simple and cheap. An overall reporting mechanism on human resources based on a digital cloud solution was also implemented in Albania in some weeks. Connecting registers and good information systems as in every big private corporate is also a fast and effective way of pushing the system to modernize and to be accountable and transparent. Treasury, payroll and human resources registers as many other agencies were connected avoiding abuses and lack of information.

The same transparency is possible in all the other state registries, to begin with the more important of them, the land property. Millions of euros have been invested over years on the land registries in the region and they will continue to fail if full political will is not there. Once the political will is there all the state-held information can be consistent, available and transparent.

Blockchain can be used for the cad-aster registers in these countries. The technology is not yet quite mature but a pilot for some municipalities would be a very good scale “proof of concept”. I know quite some dynamic municipalities and mayors in the Western Balkans willing to go ahead and modernize their territories.

The lack of trust on the political representatives can be improved if there is real transparency on their private assets and expenses as well as on public budgets, on every public office activity, on political parties, on public money beneficiaries.

The six Western Balkans countries, last current candidates for EU enlargement, have young populations, very dynamic and mostly well educated youth. They are a great capital to build progress, but they need to have enough trust in the good perspective of their countries and of the region. They need a fair play economy, they need to know the rules of the game, they need rules that don’t change in every game.
Transparency is the keyword for that.

With the digital technology today, transparency and good governance are not difficult. Dont let anybody say it is.