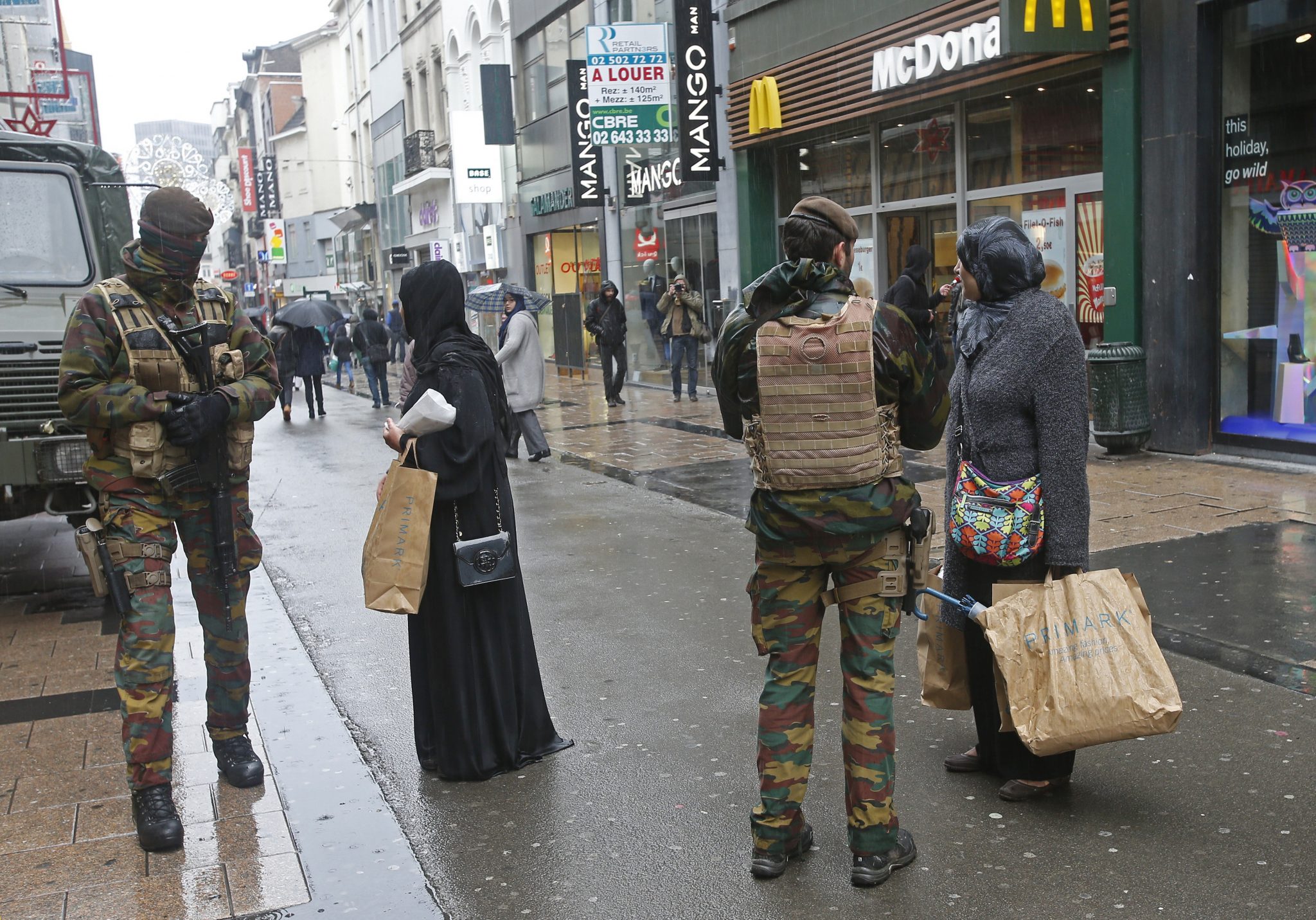 Belgian soldiers patrol a shopping street in central Brussels, November 21, 2015, after security was tightened in Belgium following the fatal attacks in Paris. Belgium raised the alert status for its capital Brussels to the highest level on Saturday, shutting the metro and warning the public to avoid crowds because of a “serious and imminent” threat of an attack. REUTERS/Youssef Boudlal – RTX1V59Y