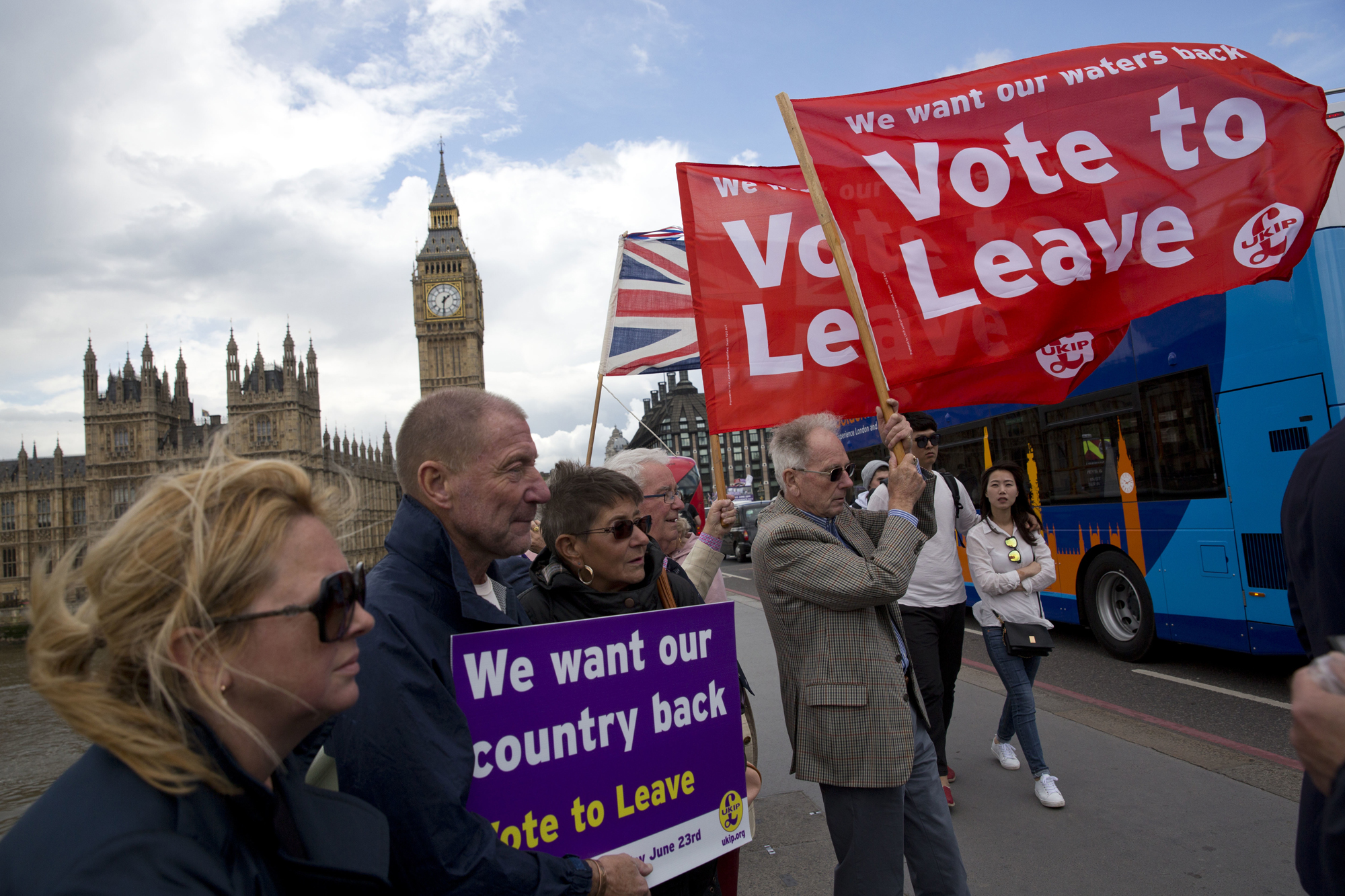 Leave supporters hold banners and flags as they stand on Westminster Bridge during an EU referendum campaign stunt in which a flotilla of boats supporting “Leave” sailed up the River Thames outside the Houses of Parliament in London, Wednesday, June 15, 2016. A flotilla of boats protesting EU fishing polices has sailed up the River Thames to the Houses of Parliament as part of a campaign backing Britain’s exit from the European Union. The flotilla was greeted by boats carrying “remain” supporters. (AP Photo/Matt Dunham)