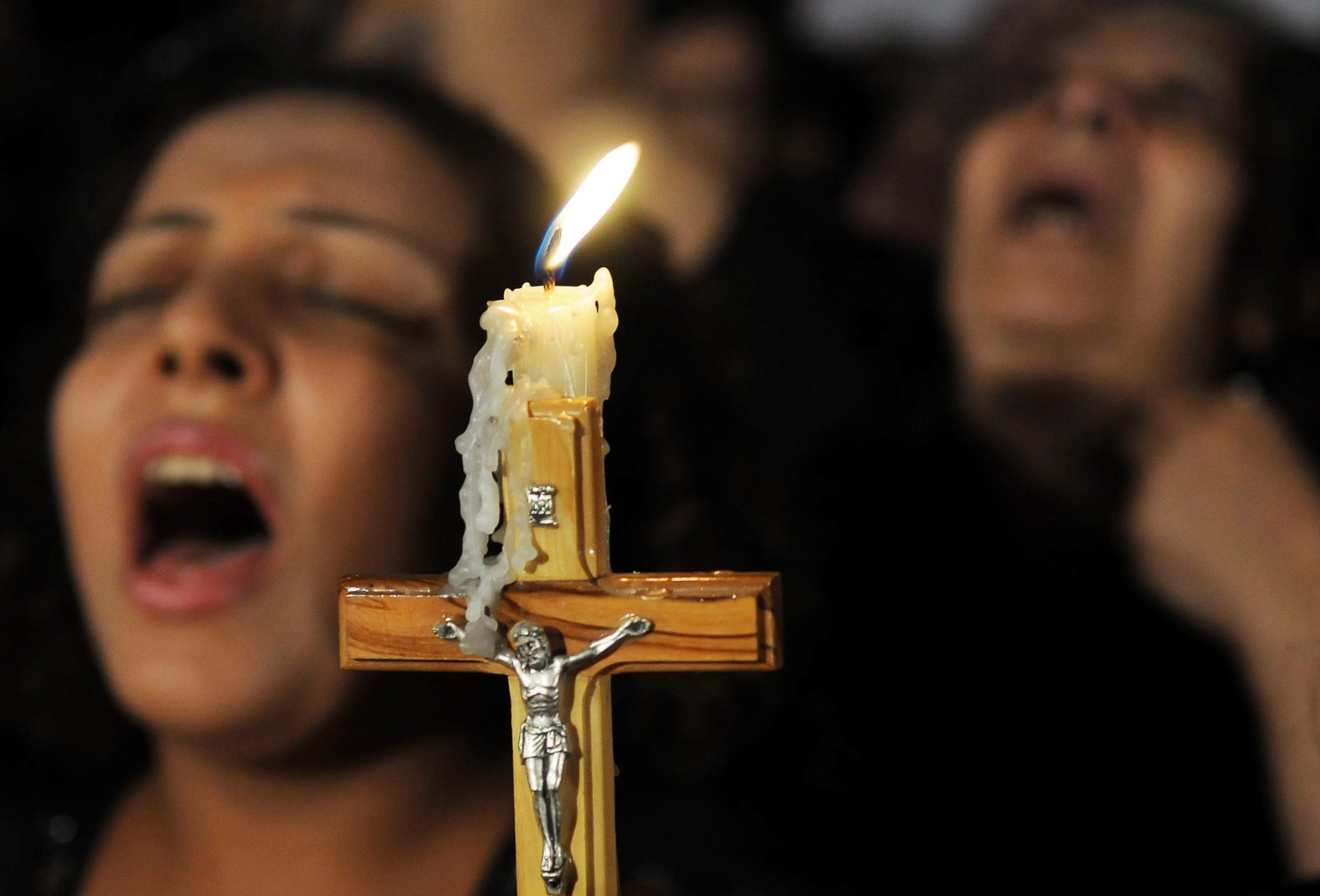 Coptic Christians carry a crucifix and chant prayers during a candlelight protest at Abassaiya Orthodox Cathedral in Cairo Oct. 16, one week after people were killed during clashes with soldiers and riot police. At least 26 people, mostly Christians, were killed Oct. 9 when troops broke up a peaceful protest against an earlier attack on a church in southern Egypt. (CNS photo/stringer via Reuters) (Oct. 18, 2011) See EGYPT-CHRISTIANS Oct. 10, 2011.