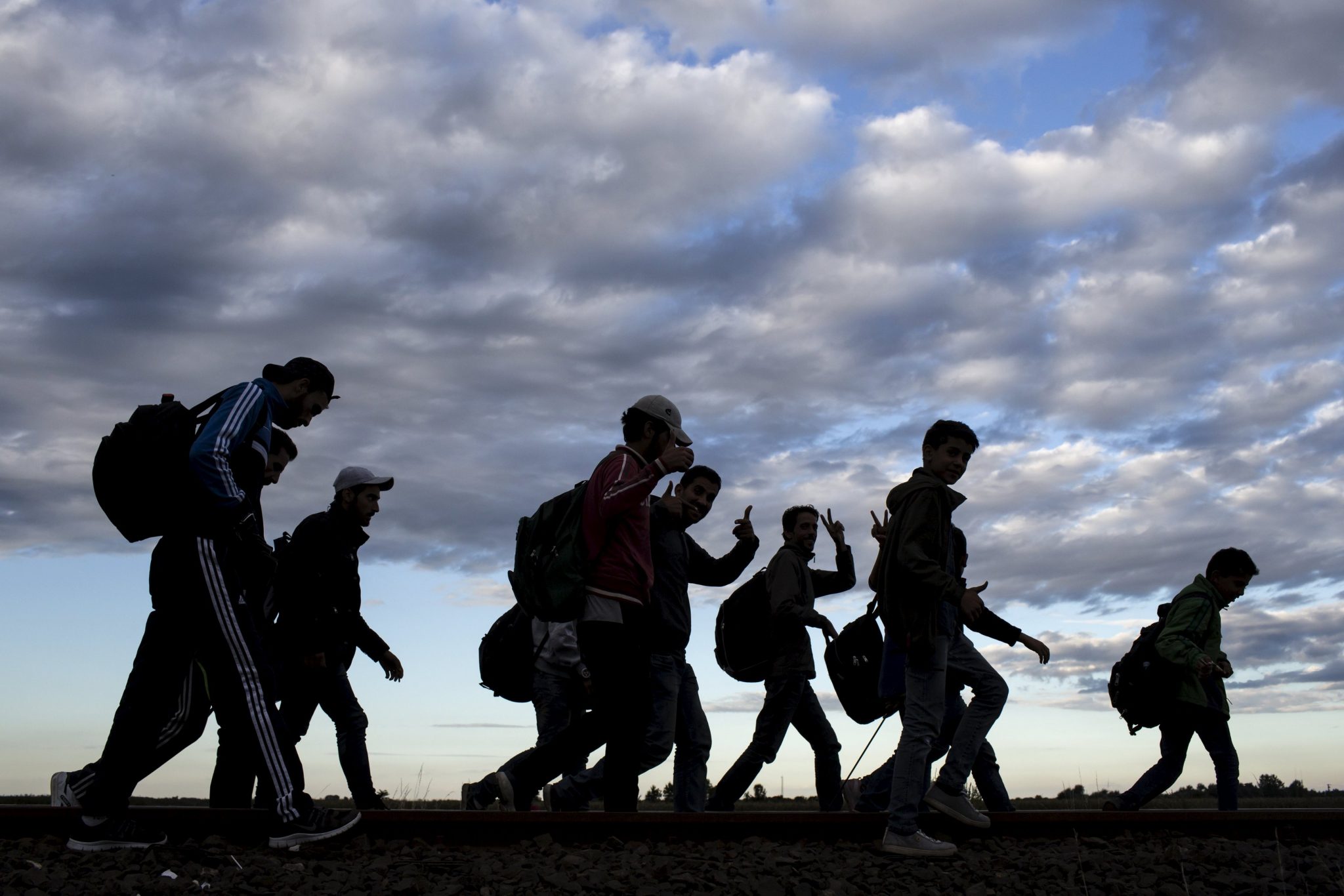 Migrants walk along rail tracks as they arrive to a collection point in the village of Roszke in Hungary after crossing the border from Serbia, September 6, 2015, . Thousands of refugees and migrants streamed into Germany on Sunday, many traveling through Austria from Hungary where they had been stranded against their will for days, while European Union governments argue over how to respond. REUTERS/Marko Djurica