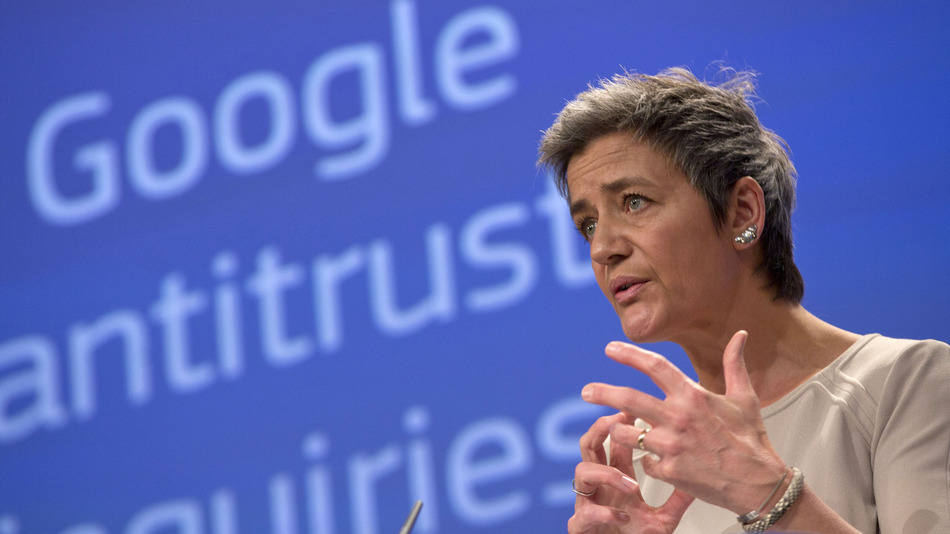 European Union’s competition chief Margrethe Vestager speaks during a media conference regarding Google at EU headquarters in Brussels on Wednesday, April 15, 2015. The European Union’s executive hit Google with an official antitrust complaint on Wednesday that alleges the company abuses its dominance in Internet searches and also opened a probe into its Android mobile system. (AP Photo/Virginia Mayo)