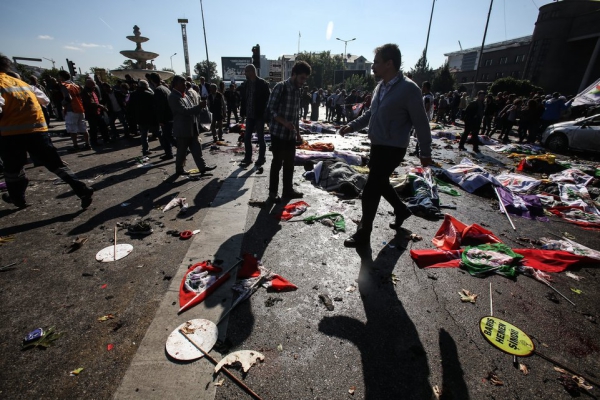 ANKARA, TURKEY – OCTOBER 10: (EDITORS NOTE: Image contains graphic content.) Bodies lay covered with flags and banners at the blast scene after an explosion during a peace march in Ankara, October 10, 2015 in Ankara, Turkey. At least 30 people were killed and 130 people wounded in twin explosions on outside the main train station in the Turkish capital Ankara where people were gathering for a peace march. (Photo by Erhan Ortac/Getty Images)