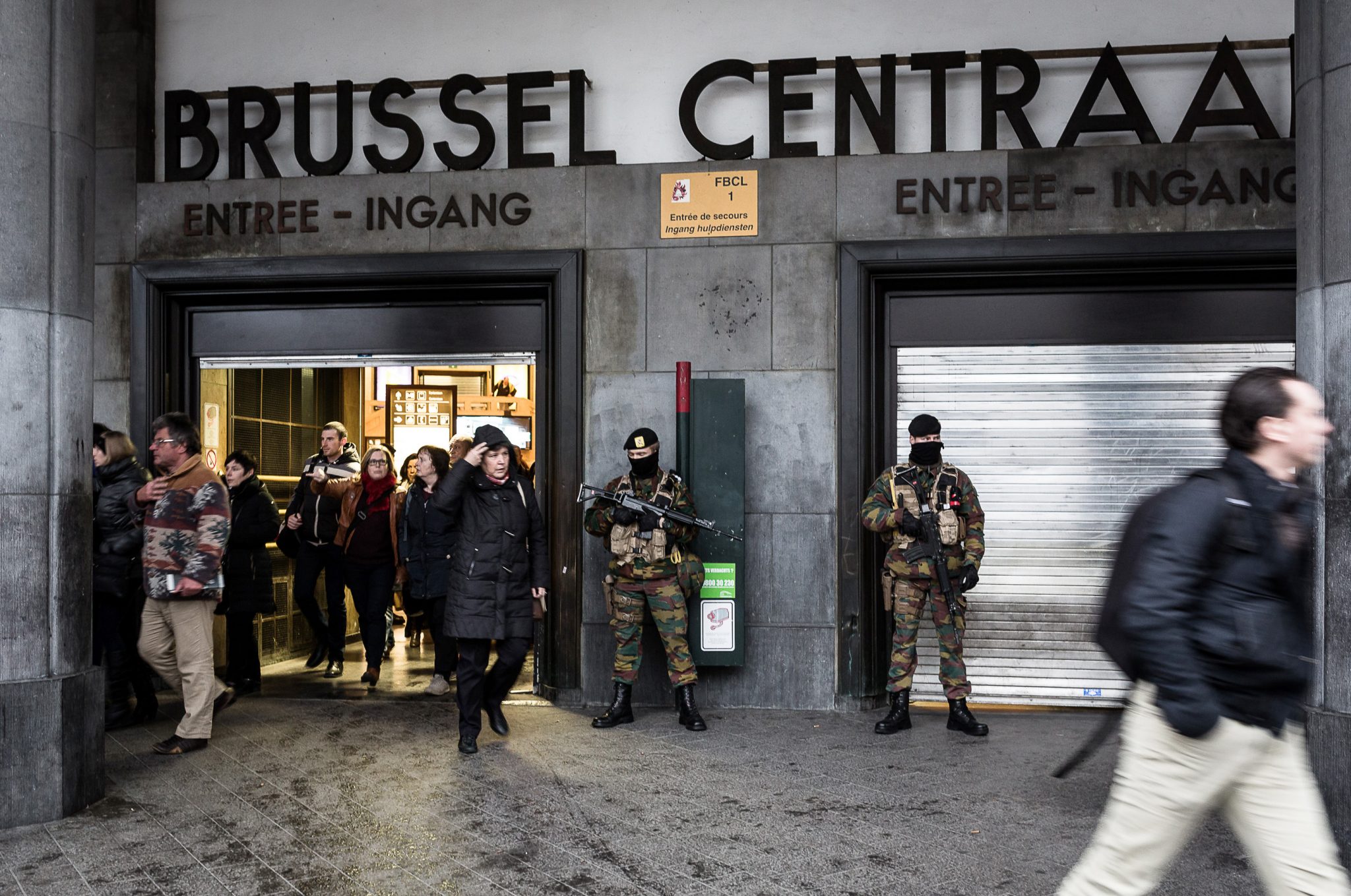 Belgian Army soldiers patrol outside Central Station in Brussels on Wednesday, March 23, 2016. Belgian authorities were searching Wednesday for a top suspect in the country’s deadliest attacks in decades, as the European Union’s capital awoke under guard and with limited public transport after 34 were killed in bombings on the Brussels airport and a subway station. (AP Photo/Valentin Bianchi)