Youssef Kobo is a strategic innovation consultant. Director of A Seat At The Table. Former advisor to the Brussels Secretary of Digitalization and Equal Opportunities. A politician for the Belgian CD&V party. Founding Director of A Seat At The Table, a mentoring and leadership program for disadvantaged youth. A Belgian author, publicist and public speaker who predominantly writes about International Relations, Middle East and North Africa and Migration. A core member of the think tank Friday Group, Young Professionals in Foreign Policy and the World Economic Forum's Global Shapers. A serial entrepreneur and founder of several non-profits, programs and projects working with disadvantaged groups in Europe, Africa and the Middle East.

Since the Schuman and Europe Declarations in 1950 and 1951 respectively, it has been the stated aim of the EU to strengthen democracy amongst its members.

The EU is, contrary to sceptical or reductionist views of the union, about more than territorial unity or even freedom of movement. The first freedom it must guarantee, through its strengthening of democratic institutions and guarantee of good governance, is the freedom to prosper.

These ideals were clear at the outset with the “Inner Six” states of the union: Germany (then West Germany, France, Italy and the three Benelux states). Those countries, despite their varying constitutions, models of government and (in the case of Italy) challenges around continuity of government, corruption and organised crime all stood for basically the same thing.

They were all fully fledged democracies with strong institutions and a baseline level of transparency and civil rights. This was mirrored in their economies, where reporting was generally thoroughly and trusted.

Crucially, the Inner Six already had those values and processes in place, and were deemed fit for membership based on them possessing these necessary attributes. They were not steamrolled down a path of skin-deep reform in the presence of heavy lobbying and the inevitable massaging of figures, statistics, and principles that comes with it.

The pitfalls of enlargement

But slowly the club became less exclusive – and less prestigious and coherent. In 1981, everything changed when Greece joined the EU, only seven years after its military dictatorship was overthrown.

Is seven years long enough to become a true democracy? To develop the standards of governance required? Perhaps not: in 2004, Greece confessed to cooking the books with a little help from Goldman Sachs, and making much of its government debt disappear in order to meet the so-called Maastricht Criteria and join the Euro in 2001. And nine years after The Hellenic Republic joined the Eurozone, the bill arrived in Brussels: a bailout began, totalling more than €200 Billion. This is significantly more than the current GDP of Greece.

History has taught the European Union that the chickens inevitably come home to roost – but have we learnt our lessons?

Not yet. What has happened with the union’s younger members is even more serious than Greece’s history of economic misreporting. Some of the newest EU states have not only economic issues but serious deficits in freedom, democracy, and judicial systems.

So far, the EU has rightly put the boot into efforts to get six Western Balkan states to join: Albania, Bosnia, Kosovo, Macedonia, Montenegro and Serbia. 2025 is now the slated target, but the path to membership is paved with tough reforms on corruption, ongoing economic woes, and bitter geopolitical rivalries that remain unresolved.

Corruption in the Balkans

The only Balkan states currently in the EU are Slovenia and Croatia – which both give us exactly the reasons why the current EU enlargement process itself needs drastic reform. Dangling the carrot of membership is simply not incentive enough.

Slovenia joined in 2004, but is one of the most corrupt countries in the union. Earlier this year, the country elected right-wing populist Slovenian Democrat Party into government – an outcome helped massively by rampant public distrust with mainstream parties, as noted by Freedom House in its 2018 Nations in Transit report.

“The government and public authorities faced general distrust due to the ruling coalition’s low effectiveness in dealing with systemic problems of capture by influential lobby groups, a continuing trend from the previous year,”

Freedom House said. This distrust extended to scepticism about the judiciary and incestuous links between journalists and politicians.

Similar trends are afoot in Croatia, which has been a member of the club for just five years. It was perhaps Croatia’s historic proximity to Russia and its significant energy resources that made it so important to Europe: score a goal against Putin in his backyard, and secure European energy security against Russian encroachment.

Last year, a report by Ernst & Young concluded that Croatia was “the most corrupt country in southeastern Europe.” Successive Global Competitiveness Reports of the World Economic Forum have highlighted the corruption of Croatia’s judiciary, and its subversion by political interests. The later WEF report points out that the Croatia’s National Judicial Council (DSV) – the supposedly autonomous body that appoints judges and assures the judiciary’s independence – has become an increasingly politicised institution. 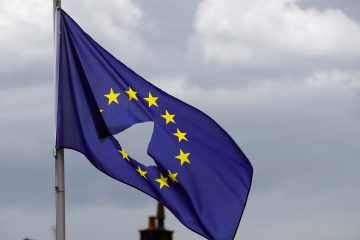 OPINION — Democracy under Threat? The Future of Democracy in the European Union

No wonder 75 percent of Croats, according to a new Eurobarometer survey, do not trust their legal system. Public perceptions worsened throughout the last year, dropping by 12 percent between April and November. Croatia is now among the two worst-performing EU countries (only ahead of Slovenia) in terms of judicial corruption.

The entrenched nature of corruption in the EU’s only Balkan member-state is evident from the way the judiciary has dealt with two cases. Firstly, the Agrokor scandal, where the country’s giant agribusiness conglomerate had to be bailed out under revelations it was about to collapse due to massive debt.

Leaked emails implicate former economy minister Martina Dalic and Prime Minister Andrej Plenkovic in having foreknowledge of the firm’s financial irregularities, and secretly rigging a lucrative deal to restructure the company that led to huge pay-offs for business friends of state officials. Yet Croatia’s state ‘anti-corruption’ unit, USKOK, has refused to investigate.

Instead, UKSOK has taken a keen interest in another case: In 2009, Hungarian energy company MOL acquired a major stake in Croatia’s largest energy company, INA. But in 2013, Croatia sought to annul the investment agreement, accusing MOL Chairman Zsolt Hernani of bribing former Prime Minister Ivo Sanader to push the deal through. The problem is that the entire case rests on the testimony of a single witness, a businessman who himself was subject to criminal investigation for corruption.

The following year, Croatia took the case to UNCITRAL, the UN’s highest trade law authority, hoping to get the institution to rubber-stamp its corruption claims. Instead, the UN tribunal threw the case against Hernani out, concluding there was no evidence of any corruption and that Croatia had no legal basis for his extradition. One of the key reasons for rejecting the case was the unreliability of the prosecution witness.

Instead of reigning Croatia in, the EU is rubber-stamping the questionable claims by supporting the demand to arrest and extradite Hernani to Croatia – where, to say the least, he is hardly likely to face a fair-trial. Meanwhile, Russia is angling to use the MOL case to buy its way into a greater presence in Europe, with first Rosneft and now Gazprom offering to invest in INA in MOL’s place.

None of this bodes well for the union, whose so-far cavalier approach to enlargement has put the EU at financial and moral risk, fuelled national populist rage, and opened the door for Russian encroachment.

The lesson is clear: Before even contemplating adding new members, we must work toward rehabilitating the old. Examples like Slovenia and Croatia show that EU complacency on domestic corruption gives succour to the nationalist populists who want to portray the union as an overstretched vehicle facilitating the very corruption it claims to stand against.

They are wrong. The EU has provided unprecedented trade and economic opportunities to its members – which is why so many countries are hammering at the gate to join. But if we compromise on our standards simply to get bigger, then we are at risk of undoing the very foundations of the EU’s unique strength.

And so it is time to stop turning a blind eye. In 2014 the European Commission found that corruption costs the EU €120bn per annum – almost as much as the EU’s annual budget. Two years later, a study commissioned by the European Parliament found that actually the cost is much higher – as high as €990 billion, eight times higher than previous estimates.

The EU’s tepid approach to corruption is no longer an option. It fuels fiascos like Brexit, and will embolden further nationalist sentiment. The only viable option is a zero-tolerance approach. Maybe it is time some recalcitrant member-states left by force, if they refuse to change their ways.