The annexation of Crimea by the Russian Federation through the using of the military force, still unrecognized, has determined then Ukraine to take a step back on the road of affiliation at the Western values.

The hesitation of the President Viktor Yanukovych in signing of the Ukraine-European Union Association Agreement did not stopped the people from the street, in Kiev, to protest against it and to scanted that they want to live after the Western values.

Contrary of the Russia statements, the voices from the street showed that the will of the people is to belong to Europe. A will that has concretized itself, sooner than anyone could expected in those Revolutionary moments, in the first step made by Ukraine to the affiliation of the Western culture. After the election of the new president, Petro Poroshenko, the economic part of the Agreement was signed on 27 June 2014 and entered into force on 1 September 2017[i].

From Moscow, the Euromaidan protests which ended with a Revolution, the changing of the government were seen like a coup d’état, a threat at the territorial integrity of Ukraine. The annexation of Crimea was not a threat at the territorial integrity, but a perfectly legal action, in the name of a legitimate interest. Only the people which protested for their rights in Kiev were seen as a threat.

But who threatens on who? From where comes the real threat for Ukraine? How can a civic action to be a threat at the address of a society? This “logic” is not rather a subversive attempt to destroy a constitutional right which all the people have in any democratic country? 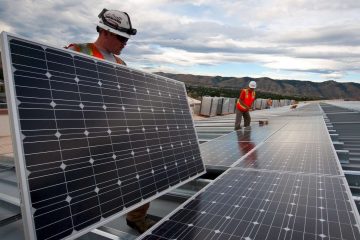 Bartolome T. Carvajal
Business
The European Union established a set of goals for Energy and Climate with benchmarks for 2020 and 2030. As 2020 approaches, it seems the EU will manage to effectively fulfill all four headlines set: 20%… Be More Curious…

The Ukrainian Revolution split the society into two, pro-Europeans and pro-Russians, a fragmentation with which we will meet in all post-communist countries. When now many years ago, a Russian Representative called Bulgaria “Trojan Horse in the EU”, nobody thought then to take in serious his affirmations[ii]. Today, after twelve years, Bulgarians who assists at the same fragmentation of their society see its threat.

In a turbulent political context, the destabilization of Bulgarian society after the Ukrainian model would not be desirable, since is the principal state charged to ensure the stability, security, in the Western Balkans. As in the Ukrainian case, what could destabilize the Bulgarian society is her dependence on the Russian gas, energy, as well as the capture of the political institutions by pro-Russians.

After how has showed in an article, Mihail Naydenov, Russia’s interests in Bulgaria are related to the reanimation of the nuclear power plant, “Belene”, and the gas pipeline project called “South Stream”. Both projects will facilitate the access of the chess player into the Western Balkans. Thus, Bulgaria have reasons to be concerned for not becoming a “Trojan Horse” in EU and NATO, in this chess playing.

A society can be destabilize from inside by her economic dependence, but also through the changing of the laws. This happened recently in Poland and Romania, once with the judicial Reform, when a new Law has send at home many judges, and the Penal Code was proposed to be changed almost entirely. What happens in both post-communist countries it seem to follow the same script, to be a part of the same plan of destabilizing of a society through the changing of the laws.

On the day of 18 June 2018, the Romanian ruling party of Social-Democrats has proposed to adopt changes on the Criminal Procedure Code in an emergency plenary session which lasted until the night. Despite all the advertisements received from abroad, of the Venice Commission, the changes of the Penal Code were adopted on 4 July[iii].

Those culminated with the decision of revocation of the chief anti-corruption prosecutor, Laura Codruta Kovesi, from 9 July. Coincidence or not, the civil society of Poland has protested at 4 July against a new Law given by the conservative Law and Justice party (PiS), through which a quarter of the judges were earlier retired together with the Supreme Court president, Malgorzata Gersdorf.

It may seem like a purely coincidence, but the changes were adopted with a day before, by Tuesday night, and were announced on 4 July. Was the election of the new Law in Poland a merely repetition of the Romanian episode from 18 June?

Are the new laws a threat at the independence of Justice, of the rule of law, or a hybrid attack at the address of two member states of EU and NATO? Poland and Romania will have to confront with a constitutional crisis that cannot be avoided anymore?

Radio Poland spoke about a hybrid attack with more than a month ago, before to be adopted the new legislation[iv]. Among the characteristics of the hybrid war it can be found and the undermining of the laws of a state, with the participative cooperation of the institutional agents.

The Supreme Court president, Malgorzata Gersdorf, and the ex-chief anti-corruption prosecutor, Laura Codruta Kovesi, both have express their worries for the directly subordination of prosecutors to an only party, respectively the Minister of Justice[v].

Changes of the Penal Code that lead to a constitutional crisis are not without precedent in history of mankind. Bolsheviks and the National-Socialists took the power in Soviet Union, in Weimar Republic, after the changing of the Criminal Code[vi]. That the lessons of history it might repeat again, under another form of manifestation, in this area of the terrestrial globe, anything is possible.

The new Criminal Procedure Code makes from Romania a country more exposed at the hybrid attacks, vulnerable in front of the criminal organizations. The heaven on Earth, of the thieves and criminals.

[i] About the annexation of Crimea, Euromaidan protests, and the Ukraine-European Union Association Agreement see https://en.wikipedia.org/wiki/Annexation_of_Crimea_by_the_Russian_Federation.

[ii] Regarding to “Belene” and “South Stream” projects, see the article of Mihail Naydenov from http://bulgariaanalytica.org/en/2017/12/14/hybrid-war-as-a-challenge-to-the-national-security-of-bulgaria/.