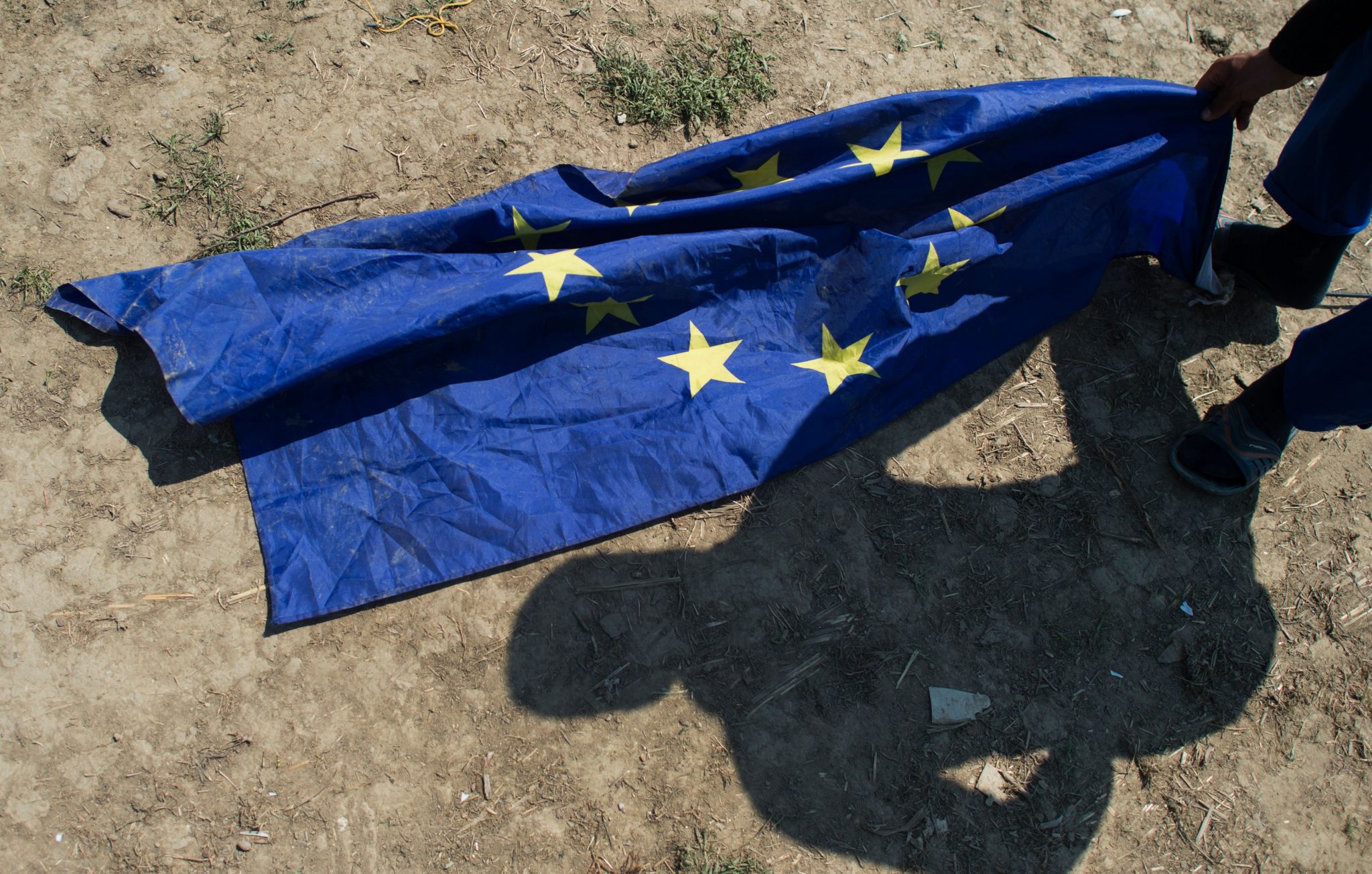 A migrant from Afghanistan grabs for an EU flag next to his tent at a makeshift camp for migrants and refugees near the village of Idomeni not far from the Greek-Macedonian border on May 1, 2016.
Some 54,000 people, many of them fleeing the war in Syria, have been stranded on Greek territory since the closure of the migrant route through the Balkans in February. / AFP / TOBIAS SCHWARZ (Photo credit should read TOBIAS SCHWARZ/AFP/Getty Images)