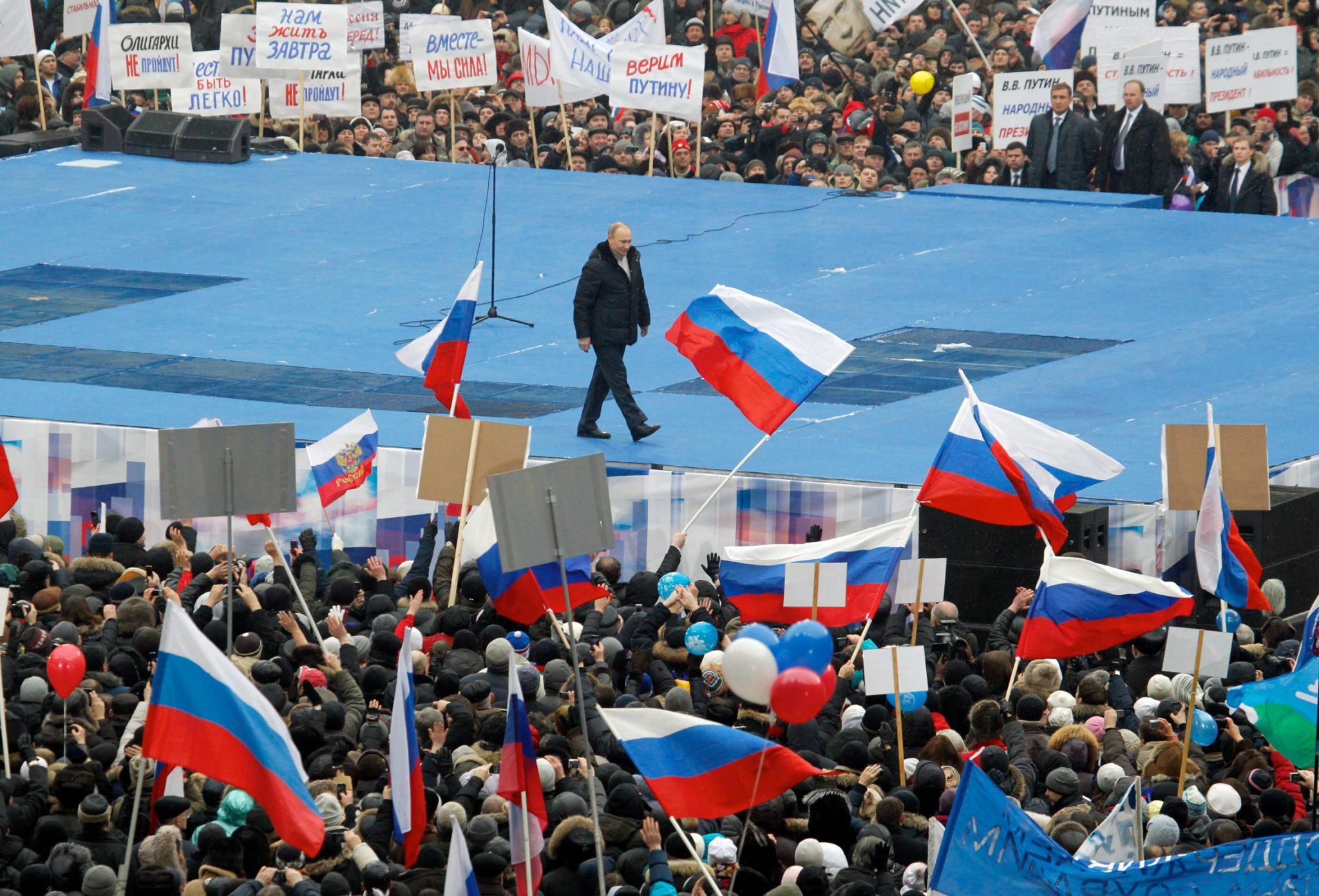 Russian Prime Minister Vladimir Putin, center, walks on a stage after addressing a massive rally in his support at Luzhniki stadium in Moscow, Russia, Thursday, Feb. 23, 2012. Tens of thousands of people marched along the Moscow River and then packed a soccer stadium on Thursday for a campaign rally in support of Russian Prime Minister Vladimir Putin. Many of them appeared to be state employees who attended at the behest of their employers. (AP Photo/Ivan Sekretarev)