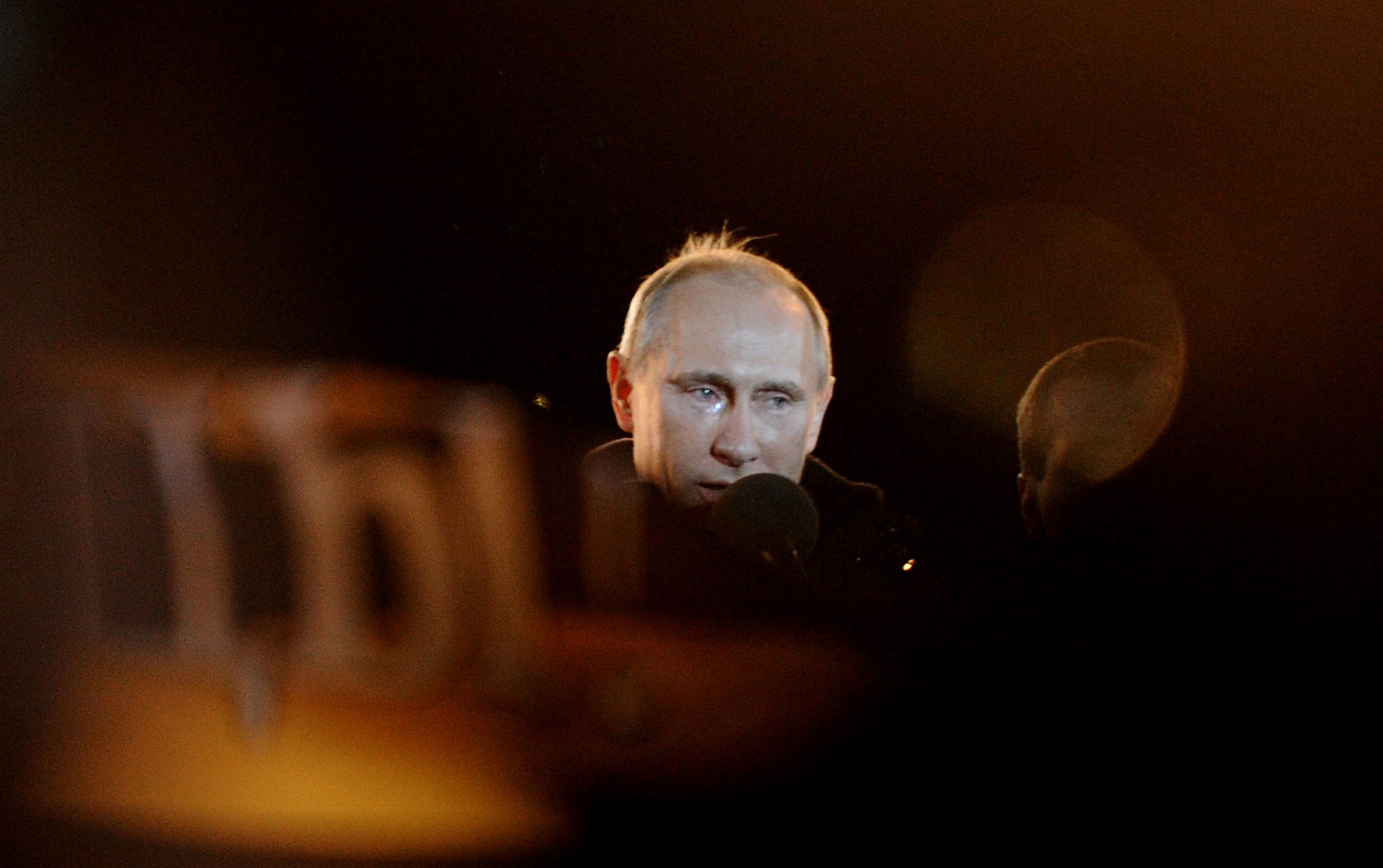 With tears in his eyes Russia’s Prime Minister Vladimir Putin addresses his supporters during a rally at the Manezhnaya Square just outside the Kremlin in Moscow, late on March 4, 2012. With tears in his eyes and his voice hoarse with emotion, Putin declared today victory in Russia elections, as he addressed tens of thousands of supporters outside the Kremlin walls. AFP PHOTO / NATALIA KOLESNIKOVA (Photo credit should read NATALIA KOLESNIKOVA/AFP/Getty Images)