As part of our Monday Talks series supported by Science 14, we have talked with HE Pekka Haavisto, Minister for Foreign Affairs of Finland. During our exchange with Mr Foreign Minister, we had the opportunity to get his distinguished take on many pressing foreign policy challenges the EU is facing regarding Western Balkans, Russia, Iran, Turkey and Israel.

Maddalena Testa: Thank you Your Excellency for having us today, let’s start referring to your longstanding experience in the Western Balkans, two months ago France, Denmark and the Netherlands decided to postpone the opening of the EU negotiation talks with North Macedonia and Albania. Shortly after, Franch President Emmanuel Macron came up with a reform proposal regarding the EU enlargement process, which was far from welcomed by most of the member States. Given your experience, what is your take on the future of the EU enlargement process?

H.E. Pekka Haavisto: Of course during the Finnish Presidency we had a very close contact to Western Balkan countries, to those who are already in the pipeline and to those who are not yet there. I also paid visit both to North Macedonia and Albania and had excellent talks with their ministers and governments and of course, if you look the map, Western Balkans is just in the middle of Europe, it is not somewhere on the edge, it’s a very crucial part of Europe in my mind, and therefore we should have an integration perspective for the whole Western Balkans, including Kosovo.

At the moment the closest to start the negotiations have been North Macedonia and Albania and it was a disappointment – not only for these countries but also for us who have been advocating the start of the talk – that we couldn’t do this during the Finnish Presidency. We are waiting that this will happen during the Croatian Presidency we wish them the best of luck on this issue and we hope that this formal request raised by France on how to maybe renew the overall process could be also solved at the same time, it shouldn’t block the access of North Macedonia and Albania. I think for the youth of these countries and for the youth of all Western Balkans it’s very important that they have the integration perspective.

Maddalena Testa: Apart from Turkey’s further shift from EU values and accession process, how do you see the EU dealing with Turkey, a country that keeps posing foreign policy challenges to Brussels in Syria, in eastern Mediterranean and now increasingly in Libya?

H.E. Pekka Haavisto: Well, Turkey is a very important partner for many EU countries, Turkey is part of NATO, it has played an important role on Syrian conflict also by receiving many refugees from Syria, now hopefully we’ve come to the moment where some of these refugees could move back to their home areas, and probably some support is needed. We do not agree with Turkey on many issues in their politics and also foreign policy but we have to maintain the dialogue.

For Finland also Turkey has been a good partner in some peace and mediation processes such as in the Northern Africa, so we have been discussing on many of these issues but, of course, unfortunately Turkey for its own reasons has been losing a little bit the perspective of European integration. Finland was, I think it started from Tampere, during our previous presidency, the process to get closer relation and integration perspective for Turkey and of course it has been a disappointment that it has not been advancing but despite of that we have to maintain the dialogue with Turkey, it is an important partner to solve also the crises in Syria and Libya.

Maddalena Testa: The Normandy Format Summit in December 2019 achieved mixed results with some progress made, including increased OSCE monitoring and prisoner exchanges, but tensions between Russia and Ukraine remain high. How can the EU reboot the peace process in the Donbass? And secondly, Finland supports the extension of sanctions against Russia, would any internal or external factors lead Finland’s to soften its current position on Russia?

H.E. Pekka Haavisto: Well first of all Finland has been part of these OSCE monitoring mission in Ukraine and we think it is very important to support sovereignty of Ukraine and the rights of Ukrainians in this process. I also personally paid a visit to Stanytsia Luhanska to see actually what’s going on between the Ukrainian Donbass border area and it actually again reminded that we are talking about the life of ordinary people and their possibility to continue their normal life in the region. It was very touching to visit those areas where people earlier couldn’t cross the lines.

At the moment I think the Normandy process has played a very important role, it’s very important to achieve some progress on this issue but at the same time it’s very important to stay tough on Russia, they also have to take care of their responsibility on Minsk agreements. I don’t see any reason why Finland would step back on those commitments that we have as part of the European Union on sanctions and these are of course not only sanctions for Donbass but also sanctions for Crimea. We are giving our utmost support to Minsk agreements and to all these positive steps that have now been taken on the Ukraine issue.

Maddalena Testa: Considering the US withdrawal from the Joint Comprehensive Plan of Action (JCPOA) in 2018 and Iran’s rollback on commitments after the killing of General Soleimani, what do you think the EU should do in order to save the nuclear deal and avoid further escalation between the US and Iran?

H.E. Pekka Haavisto: Of course first of all we regret that the US withdrew from the JCPOA, the issues that they have been raising, the missile program of Iran or the Iran’s regional interference, these are real problems but you don’t solve them by withdrawing from the nuclear deal, and we think, actually I think the High Representative Borrell said very clearly that if we at this moment had Iran with a nuclear weapon we would be in a totally different situation and I think the JCPOA has been successful preventing Iran from developing their nuclear weapon, so we give full support to the IAEA.

We have also had our own dialogue with Iran, Minister Zarif visited Helsinki during our Presidency and, of course, we have to support this dialogue between Iran and the US and try to find ways for them to communicate because we also see the big chances that are in Iran, we see the youths coming to the streets to protest and the mood that is in the country which is not always supporting the politics of the leadership. I think that Europe and E3 countries have a key role on maintaining the JCPOA, of course asking also Iran to fulfil all its commitments but I think it’s very important that we stay on that line. Finland also has been supporting this INSTEX mechanism as part of the JCPOA in a way that we could support trade of food and medicine with Iran.

Maddalena Testa: As the Israeli people will elect a new parliament in March 2020, many argue that the outcome of these elections might lead to a major shift in the EU’s relationship with Israel. In the past, the EU has criticized Israel’s policies such as the settlement expansion, but now we have a new European Commission and Council in office which aim to promote a pragmatic and strategic approach in the EU’s external action. Taking this into account, how do you see the development of the EU-Israel relations in the coming years?

H.E. Pekka Haavisto: We have been waiting for the beginning of the new peace process, President Trump has promised his proposals, we haven’t seen them yet and time is moving on and I think we cannot leave the Middle East like that. The first principle, of course, is that we cannot accept the enlargement of the illegal settlements in Palestinian territory, I think that’s clear, we should support the tools and solutions also from the European Union perspective, at the same time we have to be very realistic with the security demand of Israel.

These are the components that we have there. I have been thinking, when looking how bad the situation is now, that some confidence-building measures should be taken: I am a strong advocator for environmental diplomacy I am looking at issues like ‘Can I do something with the waste waters of Gaza which are disturbing the people in the region but also Israeli people because waste waters are then going to their shores’. Let’s do something practical on the issue, helping people there but also finding the minimum dialogue between Palestinians and Israel on environmental water issues and all these type of issues.

Maddalena Testa: Well, thank you very much, Your Excellency, for this insightful exchange.

H.E. Pekka Haavisto: Thank you for the interview. 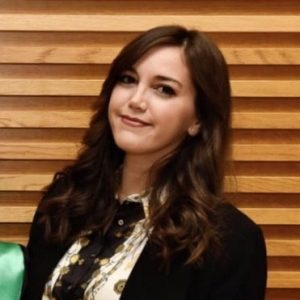 Monday Talk with Theo Francken on Migration in Belgium and Europe