As part of our Monday Talks series supported by Science 14, we have talked with HE Péter Szijjártó, Minister for Foreign Affairs and Trade of Hungary. During our exchange with Mr Foreign Minister, we had the opportunity to get his distinguished take on many pressing foreign policy challenges the EU is facing regarding Western Balkans, Russia, Iran, Turkey and Israel.

Radu-Ion Gheorghe: Your Excellency, thank you for having us today. Let me start with what happened two months ago, when France, Denmark and the Netherlands decided to postpone the opening of the EU negotiation talks with North Macedonia and Albania. Shortly after, French President Emmanuel Macron came up with a reform proposal regarding EU enlargement process, which was far from welcomed by most of the member States. Given your experience, what is your take on the future of the EU enlargement process?

Second, security-wise it would be very important to integrate these countries in order to tackle the migration crisis and the migration pressure with which we have been challenged for the past five years. The more we can integrate these countries the more we can strengthen them the more we can make sure that no additional migratory pressure will reach the European Union through the Western Balkans area and as the British are leaving this is going to be the first time ever in the EU history that in case of a change regarding the number of the member states there is going to be a decrease. We should come back to the path of increasing the number of member states and without integrating the Western Balkan countries, the European Union would suffer a strategic loss for sure, politically, economically and security-wise as well.

Radu-Ion Gheorghe: Apart from Turkey’s further shift from EU values and accession process, how do you see the EU dealing with Turkey, which keeps posing foreign policy challenges to Brussels in Syria, the eastern Mediterranean and now increasingly in Libya?

H.E. Péter Szijjártó: I think here we have to concentrate on our interest and the most important interest of all is our security interest. So, when it comes to the security of the European Union currently, it is at big stake in the hands of the Turkish president, and this is based on a European decision when the European Union made the migration deal with Turkey deciding to pay billions of Euros to the Turks to keep hundreds of thousands or even millions of migrants on Turkish soil and not to allow them to come to the European Union. There would have been other solutions.

For example, a strict border protection, building European capacities to gain back the control over the external borders of the European Union. This was not the decision. The decision was that we pay to Turkey and if this was the decision, then we have to make sure that this deal works in the future as well. And the Turkish president made it clear to the Hungarian prime minister that he would have two options: to open doors towards Europe to millions of migrants staying on the territory of Turkey or to make it possible for them to return to Syria.

So, I think that when we deal with Turkey, we have to take this into consideration because our security is mostly in their hands and that’s why a balanced approach should be applied in this regard.

Radu-Ion Gheorghe: The Normandy Format Summit in December 2019 achieved mixed results with some progress made, including increased OSCE monitoring and prisoner exchanges, but tensions between Russia and Ukraine remain high. How can the EU reboot the peace process in the Donbass? Secondly, the EU re-extended its sanctions against Russia, would any internal or external factors lead Hungary to change its sanction policy on Russia?

H.E. Péter Szijjártó: No, we are not going to change our policy so as we have never broken the European Union unity on this issue and we will never break it. We have always approved the role of the sanctions, and we have always highlighted that this discussion should be held within the European Union in order to understand for example how the German-Russian trade has increased about 50%-60% within one year, how the French-Russian trade has increased by 40% within one year, how Italian-Russian trade has increased within one year by 37%, but I think when it comes to Russia the most important thing is that we should come to a situation where an East-West, West-East dialogue can be relaunched on the basis of mutual respect, trust and respect towards international law because what we see is that the big western European countries are having very tight relationship with Russia.

Of course, above the surface, there is harsh criticism, but under the surface, they make enormous deals with the Russians which is a bit hypocritical, to be honest. I think that an honest discussion within the European Union about the relationship towards Russia and to the whole Eurasian Economic Union should be necessary, but in the meantime, I have to tell you that we stand for the territorial integrity and sovereignty of Ukraine. We are a neighbouring country.

Our interest is for Ukraine to be strong and prosperous when it comes to the economy. We have a hundred and fifty thousand Hungarians living there, so the stronger, the more prosperous future of Ukraine is, the better for the Hungarians there as well, although we hope the current Ukrainian leadership will give back those rights to the Hungarians which were violated by the former administration. We hope to have high-level contacts as soon as possible with our eastern neighbours and we hope that we will be able to relaunch, reset the bilateral relationship the sooner, the better.

Radu-Ion Gheorghe: Considering the US withdrawal from the Joint Comprehensive Plan of Action (JCPOA) in 2018 and Iran’s rollback on commitments after the killing of General Soleimani, what do you think the EU should do in order to save the nuclear deal and avoid further escalation between the US and Iran?

H.E. Péter Szijjártó: We are a small country, so we are definitely are not going to be the game-changers in this regard. That’s why we don’t really urge anybody to do anything here, but what we think is that it has been proved during the last years that whatever happened in the Middle East had a direct impact on the European security, so that’s why our very clear interest is to de-escalate and to ease the tensions in the Middle East. We strongly reject that the number of countries having nuclear weapons would increase. So, there are international regulations which fix the number and the list of countries that can have nuclear weapons. We strongly reject this list to be extended.

And in the meantime, we think that the anti-terror fight should be continued. The challenge regarding ISIS is not over yet. ISIS just changed tactics and pose a huge security threat globally, but in Europe as well. So, we hope that all these aspects can be met somehow and we hope that the tensions will ease as soon as possible in the Middle East.

Radu-Ion Gheorghe: As the Israeli people will elect a new parliament in March 2020, many argue that the outcome of these elections might lead to a major shift in the EU’s relationship with Israel. In the past, the EU has criticized Israel’s policies such as the settlement expansion, but now we have a new European Commission and Council in office which aim to promote a pragmatic and strategic approach in the EU’s external action. Taking this into account, how do you see the development of the EU-Israel relations in the coming years?

H.E. Péter Szijjártó: Here we are represented with a different position than the mainstream. If I look at the voting patterns of other countries in the UN regarding issues with Israel, we rather belong to the minority together with the US and some other countries like Brazil. We really do think that Israel deserves a fair and balanced approach. So, we don’t really see the value, the significance and the sense of those resolutions, conclusions on behalf of the European Union or any other international organisation which only concentrate to bash the Israeli because this definitely doesn’t help. I think if the new Commission carries out a pragmatic policy towards Israel that would be good news. They should carry out a policy which would really be balanced, which would really look at this issue from a practical perspective. What helps to resolve the situation must be supported. What doesn’t help to resolve the situation should not be supported and should not be done at all.

So, we always consider Israel a strategic ally of Europe when it comes to security, fight against terror and Israel will always receive our support when it comes to international organisations and cooperation. I really do hope that new Commission will not commit a mistake like the Commission before which has not convened the EU-Israel accession council for years.

Radu-Ion Gheorghe: Your Excellency, thank you for this insightful exchange.

H.E. Péter Szijjártó: I appreciated it, thank you very much. 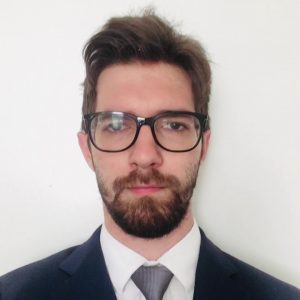 Radu-Ion Gheorghe holds a bachelor's degree in International Relations and European Studies from the West University of Timisoara and a master's degree in International Conflict and Security from the University of Kent. In addition to his native language Romanian, Radu-Ion Gheorghe is fluent in English and possesses an intermediate level of French.

Monday Talk with Vice President of the European Parliament