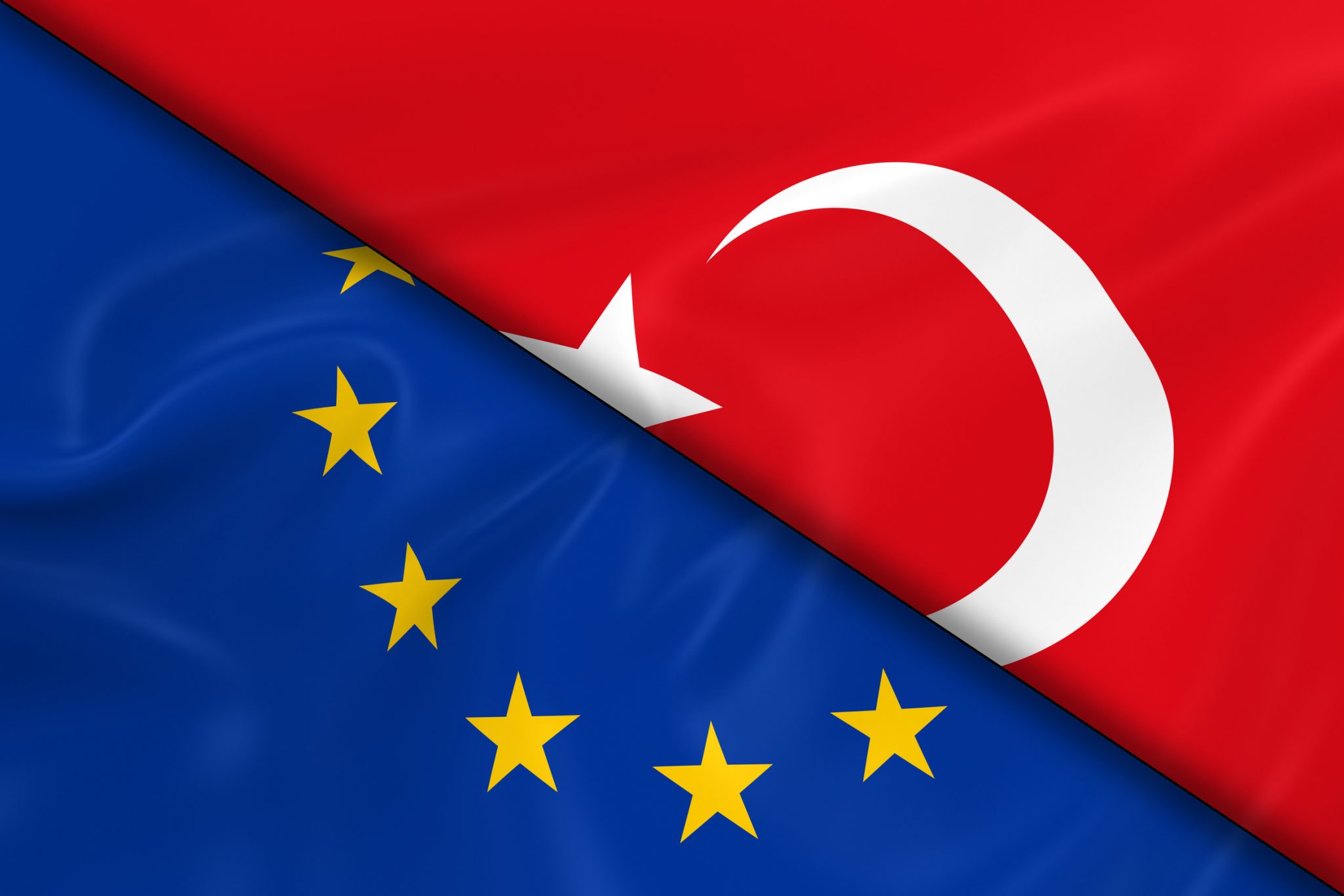 The EU-Turkey relations have been put to test on numerous occasions this year. In the first half of 2017 further political events of importance are to be expected which will set the path for future relations.

It is an understatement to claim that in 2016 Turkey-EU relations went through difficult times. After a hopeful start in March 2016 when the two sides reached a final agreement on refugees trying to enter Europe from Turkey, the relationship between Ankara and Brussels turned sour after the failed coup in July. Turkey feels its concerns are not being taken seriously by the Europeans. Politicians in European capitals are fed up with Turkish President Recep Tayyip Erdogan’s growing authoritarianism. Still, despite all the frustrations on both sides, most analysts would agree that neither Turkey nor the EU is willing to pull the plug on the accession negotiations that started in 2005. There is simply too much at stake, economically and strategically, and therefore one might expect the cumbersome talks to continue one way or the other next year.

The year 2016 got off to a good start in March when the EU and Turkey managed to elaborate their November 2015 agreement on refugees trying to enter Europe from Turkey. Both sides were happy with the March 2016 deal that guaranteed a substantial decrease of refugees arriving in Greece and promised financial support, visa liberalisation and a restart of accession negotiations to Turkey. But after the Turkish architect of the deal, Prime Minister Ahmet Davutoglu, was removed from his post by President Erdogan, the problems started. In order to be able to lift the visa requirements, the EU stressed the conditions that were already formulated in 2013. Many of these are technical and Turkey was able to fulfill most of them before summer. But the EU demand to change its anti-terrorism legislation did not go down well in Ankara. Although the Europeans kept underlining that the goal was to stop the use of these laws to incriminate domestic, peaceful critics of the president and his ruling party, the Turkish authorities made it clear they were not willing to touch this legislation at a time when the country was suffering from terrorist attacks by the Islamic State (IS) and the outlawed Kurdish PKK. This unwillingness to amend the anti-terror laws only intensified after the July 15 putsch and the purges targeting presumed perpetrators and other opponents.

Most Turks had the impression that Europe (and the US) did not understand the impact the failed coup had on Turkey, underestimated the dangers involved and focused too much on the treatment of the coup suspects. This anger and frustration grew stronger after several PKK attacks that killed tens of policemen and soldiers. Stimulated by provocative statements by Turkish politicians, many Turks believe certain EU Member States are actively supporting Kurdish terrorists. These strong anti-European sentiments were used by the Turkish president to repeatedly bash the EU and present Russia as a viable and attractive alternative. The flirt with Putin was met with enthusiasm by the Eurasian wing of the military and ultra-nationalist commentators in the pro-Erdogan media. In Syria, the newly established ties with Moscow allowed the Turkish army to finally establish and control a zone along the Turkish-Syrian border, kick out IS and prevent the Syrian Kurds from uniting the nearby regions under their control. Together with Russia and Iran, Turkey has opted to sideline the Americans and the Europeans in finding a lasting solution for the Syrian tragedy and will actively participate in the new round of talks that will soon start in the Kazach capital Astana. This anti-Western coalition enables Ankara to focus on what it considers to be the biggest threat to Turkey’s security interests: the establishment of an autonomous border region under the control of the Syrian Kurds and the empowerment of the PKK. On top of this tactical alliance, Erdogan has been quite active lately in promoting long term strategic ties with Russia, presented by him as an alternative to the arrogant and hypocritical Europeans.

In Europe, sympathy for Turkey is at an all-time low as well for two main reasons. One is the fear for further gains by radical right populist politicians that are strongly opposed to Turkey’ s allegedly political Islamist leadership and closer ties between Turkey and the EU. We will have elections in France, the Netherlands and (probably) Italy in the first half of 2017 and in September in Germany. Most main stream parties in these countries do not want to hand the populists an extra argument by strengthening EU-Turkey relations. The second reason for the growing divide between Turkey and the rest of Europe is Erdogan’s policy to silence critical media, control the judiciary and gradually turn Turkey into a text book example of an illiberal democracy. It is the main reason why the European Parliament, for years a strong supporter of Turkey’s EU membership, asked the EU Member States to freeze the negotiations.

Despite tensions rising and frustrations growing, neither Erdogan nor the EU has been willing to pull the plug on the accession negotiations. The Turkish president is probably the most likely candidate to do so because he has lost confidence in the sincerity of the EU. Still, he did not end the talks with the EU because he realises very well that the economic consequences of such a radical step are fully unpredictable. Erdogan simply cannot afford to take such a big risk at a time when the Turkish economy is already facing multiple problems: decreasing foreign direct investments (especially from Europe), the radical devaluation of the Turkish currency and, in general, the loss of trust outside of Turkey in the resilience and reliability of the Turkish institutional infrastructure, especially the rule of law and the separation of powers.

The EU is not about to terminate Turkey’s accession talks either because it needs Ankara to safeguard some of Europe’s key short and long term strategic and security interests: refugees, energy and a stable neighbourhood. Besides, a decision to stop negotiating can only be taken by unanimity. It is obvious that such a necessary consensus among the EU Member States does not exist.

So Brussels did not pull the plug and, most analysts believe, will not do so in the foreseeable future. That may well be true and there is definitively a good chance that in 2017 we will witness business as usual between Turkey and the EU. But, as I will argue, there are also good reasons to expect another scenario from being implemented.

There are a couple of scheduled events in the first half of 2017 that are of overriding importance for the further development of Turkey-EU relations.

My guess is that before June we will not see any major breakthrough in Turkey-EU relations. We will have to wait and see how radical right populist parties and candidates in France and the Netherlands will perform at the ballot box. If they do well but do not win the presidency in France and do not enter the government in the Netherlands, it will be easier for both countries to discuss the different elements of the Turkey dossier. That means, for instance, that before June talks on the visa/refugee issue will continue but there will not be a final solution.

In Turkey, Erdogan will most probably get his presidential system with no checks and balances. But the ongoing economic problems will prevent the reintroduction of the death penalty. Turkey can’t take the risk of a sudden and complex Turxit. As a result of its military campaign in Syria against both IS and the Syrian Kurds, Turkey will remain extremely vulnerable for continued terrorist attacks. This unstable security environment will only fuel the doubts among European investors about Turkey’s long term stability.

After June, however, things may start shifting fast. France and the Netherlands will be able to commit themselves to new solutions to old problems. In Germany, where parliamentary elections are scheduled for September, Merkel will be happy to open up a debate on new relations with Turkey beyond the unachievable and unpopular full EU membership. In Turkey, Erdogan will be in a strong position to come up with new plans. For some time now, there are speculations that Ankara is working on a new model for its relations with the EU but is waiting for the right moment to present it. The Turkish president knows that accession is not in the cards anymore ─ at least not in the next 10 years ─ but Turkey needs Europe’s anchor to overcome the present problems and return to a new period of economic stability. From a Turkish perspective, an upgraded Customs Union might be the best alternative that would, simultaneously, guarantee Turkey’s economic lifeline and would considerably soften Europe’s intervention in Turkish domestic politics that has irritated Erdogan for many years.

The result of this combination of European and Turkish willingness to look for alternatives to full membership plus the availability of a realistic option, might lead to a variation on the privileged partnership that Merkel has been offering Turkey for a long time. No EU country will object to such a chivalrous way out when it is the Turks who come up with the proposal.

The back bone of such a new association agreement will be an upgraded Customs Union that would anchor Turkey economically to Europe. Part of the trade agreement would be visa free travel for Turkish businessmen, supplemented by a European promise to gradually phase in other Turks in the foreseeable future. Such a prospect would break the deadlock on the need for Turkey to change its anti-terror laws in order to get via free travel for all Turkish citizens at once. The refugee deal would continue to exist, guaranteeing Europe that its most urgent security risk can be handled in cooperation with Turkey.

Such a newly styled association agreement would give both sides what they need most: strong economic relations with Europe for Turkey, strategic ties with Turkey for Europe. It will be popular with many in Turkey and Europe. With populists on both sides who never wanted Turkey to join the EU. But also with realists in Brussels and Ankara who gave up on Turkey’s EU membership many years ago.

There is, however, a big problem for Turkish democrats and European progressives if this scenario is implemented. The rebuilding of Turkey’s battered democracy will be left to the Turks. The EU will regularly suggest Ankara to raise its standards but will not make further cooperation dependent on the quality of Turkey’s democracy or the strengthening of the rule of law. The overriding economic and security interests on both sides will prevent any decisive intervention by the EU into Turkey’s domestic politics. Till a few years ago, European Social Democrats, Liberals and Greens were among the strongest supporters of Turkey’s EU membership because, for good reasons, they believed it was the most effective way to assist Turkish democrats of all persuasions in their struggle for a more democratic Turkey.

The challenge for progressive forces in Europe is no longer to keep defending this traditional model of engagement that worked quite well till 2010 but has lost its attractiveness since. It does not make sense either to resist the impulses in Turkey and the EU to look for a new kind of partnership. What matters in 2017 and beyond will be the creativity to complement the dominant economic and security discourse with concrete, realistic and efficient ways for European progressives to help Turkish democrats resist the growing authoritarianism in their country. 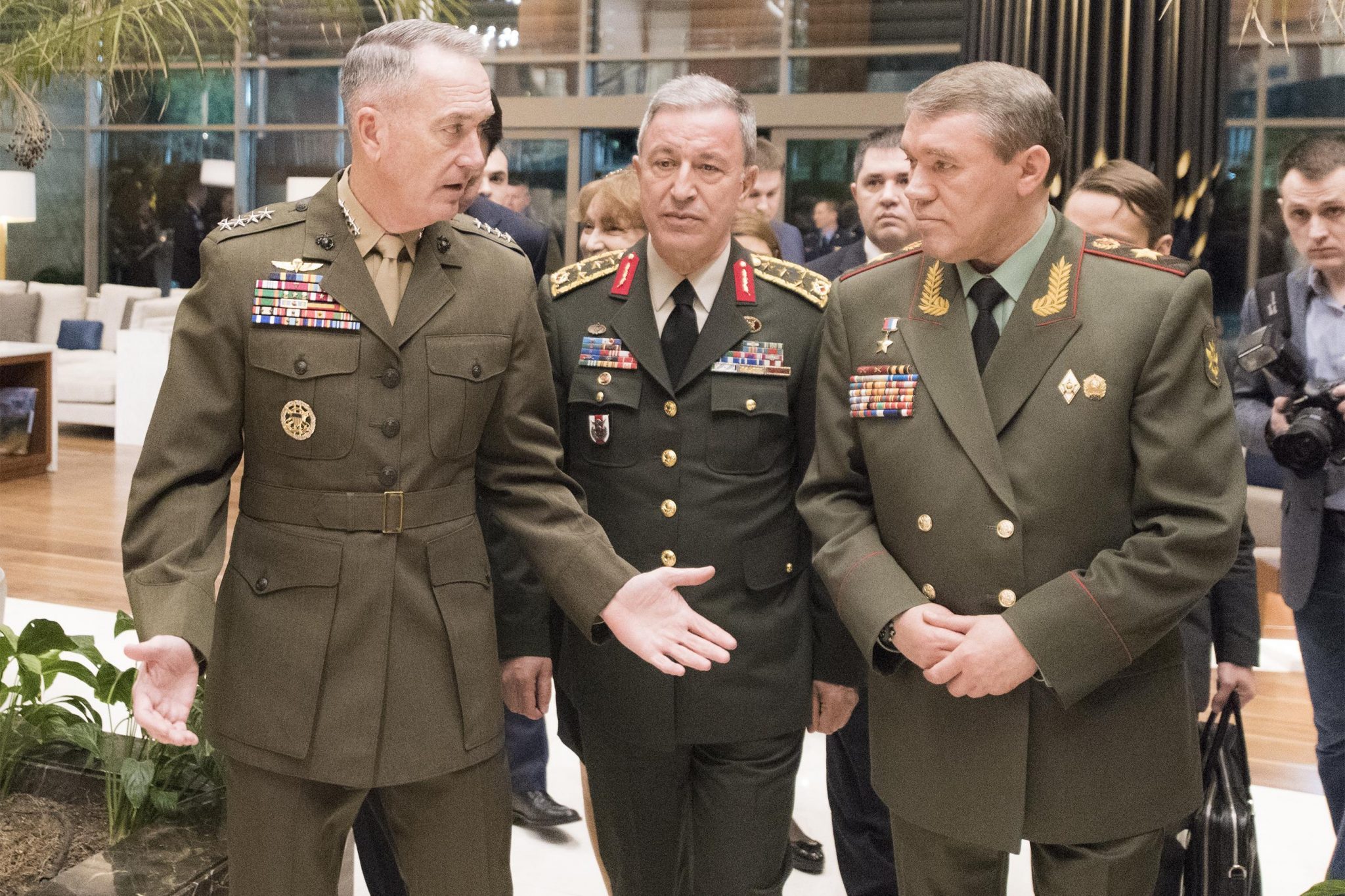