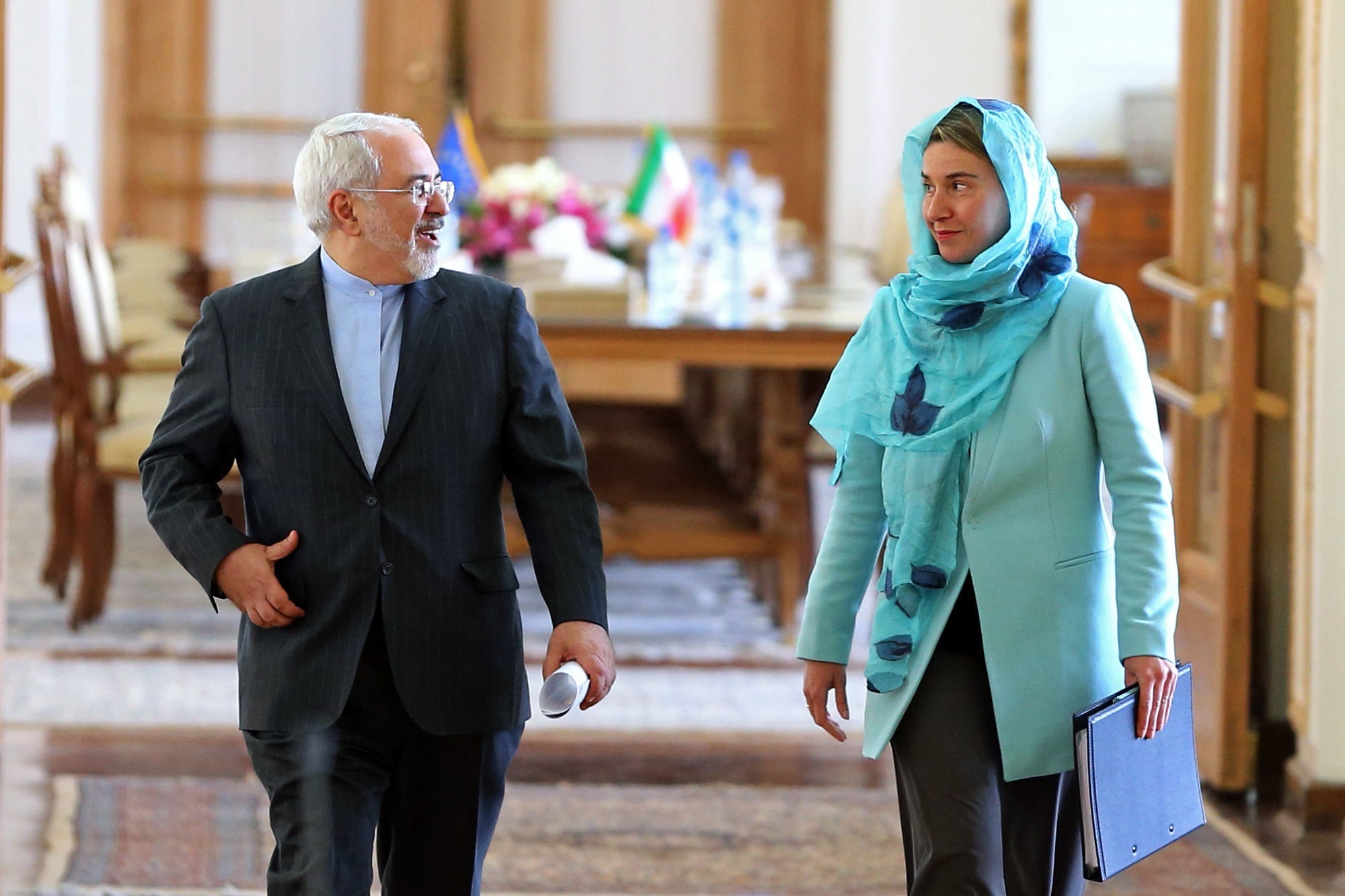 Nobody can question the few benefits of the 2015 Joint Comprehensive Plan of Action (JCPOA) nuclear deal between Iran and the P5+1 group of nations.  Zarif’s tweet calling the agreement “not a ceiling but a solid foundation” was both right and very wrong; the deal did indeed provide a very solid foundation – for a firewall to help provide cover for any illegal activities by Iran’s regime, domestically or abroad.


Moreover, the nuclear deal includes many covert sub-deals conducted under the negotiations table, so to speak, meaning that there are numerous clauses which can be interpreted in an equally numerous variety of ways. Great pains were taken to ensure that the JCPOA is legally watertight and impervious to efforts to amend it in any way; meanwhile, a between-the-lines reading of the deal clarifies how Iran is able to violate the deal tacitly without any international censure.

The objections of regional nations are not to Iran’s ownership of an arsenal of missiles; every country has the right to do this should it wish; the opposition springs from concerns over what these missiles might be used to carry and their range and regional deployment.

Observers can see how Iranian regime officials have used their diplomatic and rhetorical skills to cozen and sweet-talk the global powers into massively underestimating the impact of Iran’s having access to nuclear capabilities and developing missiles that can be illicitly exported to regime proxies regionally and potentially globally.

Iran continues to work unceasingly on refining the range and accuracy of its ballistic missile development program, despite the fact this is, to some extent forbidden by the JCPOA and in violation of the terms. Iran has also not acted strictly in accordance with the provisions of the Additional Protocol to its IAEA Safeguards Agreement, signed on Dec. 18, 2003 and ratified soon thereafter.  Nor has the regime refrained from any of its activities related to constructing ballistic missiles capable of delivering nuclear warheads.


Iran’s talk of preferring diplomacy over military confrontation is a myth created for external consumption; the reality will become even more apparent after the expiration of the nuclear deal when the regime will have attained full readiness for accelerated nuclear development, which will bring the prospect of full military confrontation far closer than before. It can already been seen that Iran’s deployment of its military capabilities fail to comply with international law, with the regime dispatching forces and sponsoring proxies far beyond its borders and ignoring every article of legislation prohibiting such expansionist behavior; particularly noteworthy is the behavior of the head of the Quds Force, Qassem Suleimani, and his constant crisscrossing of the Middle East and travels far beyond.

Inside Iran, the regime has deluded the Iranian people into believing that it is dedicated to protecting and serving them, even while all its armaments are in the hands of proxies in Syria, Yemen and Iraq, and intensively in Lebanon. Iran has continued to provide the ruthless Assad regime in Syria, which has used chemical weapons against  the country’s people, with Tehran providing extensive military, economic, and many billions of dollars in financial support simply to keep Bashar al-Assad in power. Iran has deployed Lebanese Hezbollah terrorists and Shia militias from Iraq, Afghanistan, Pakistan and India to bolster the Assad regime’s fighting forces, massively inflaming sectarian tensions between Shias and Sunnis.

While European countries are eager to do business in Iran, the risks are grave, with every form of inward investment ultimately profiting the regime’s Islamic Revolutionary Guards Corps (IRGC) which effectively controls Iran’s entire business network. No external business can be assured that a regime intent on acquiring nuclear weapons through subterfuge and guile will not violate the JCPOA, indirectly implicating any external business involved in the country. Those doing business in Iran also run the risk of hacking and cybertheft by Iranian operatives and security agents targeting proprietary information and trade secrets, as well as confidential employee and corporate information and private data.

Western and Asian firms’ technology and equipment  also support the repression activities of the regime especially telecommunication tools which the regime uses  to restrict and monitor internet and cellphone access;  even the motorbikes used by the  regime’s plainclothes Basiji  thugs to terrorize civilians implicate the foreign firms providing these  items of equipment in the human rights abuses which they are used to perpetrate.


Foreign companies will also find that their business operations in Iran are uninsurable or subject to massive premiums and other dangers, such as random arrests of personnel, due to the  volatile and risk-laden political, legal, and business environment.

Iran offers no guaranteed secure political and economic environment for businesses to operate in, with every area of business, including transfer of goods and monies, exchange rates and political volatility adding to the potential risks for businesses considering operating there; this is before even mentioning the resumption of sanctions which add another layer of difficulty.  Moreover, governmental stability and peaceful conditions are uncertain due to the endemic corruption that plagues the institutions that linked to the regime.

Regarding the JCPOA itself, the text of the deal’s sunset provisions includes the lifting of restrictions on uranium-enrichment and plutonium reprocessing  after a ten to fifteen year period.  After that time, the regime is free to openly resume work on its nuclear program and to install advanced centrifuges that can rapidly compensate for lost time to swiftly produce enough uranium for a nuclear weapon.

Thus, the JCPOA can ultimately allow Iran to be a nuclear power;  10 months after the sunset provisions are implemented, the world will face another North Korea, with Iran to be permitted to have an industrial-range nuclear program with no restrictions on the number or type of centrifuges.  This is before we even mention the huge amounts of money that support the Iranian regime’s geopolitical project in the region and its backing for other militias in Iraq, Syria, Lebanon and Yemen, another with attempts to destabilize Bahrain and other neighbor countries.  Another issue which the world must take into consideration is the regime’s massive violations of human rights toward minorities and the brutal racism inflicted exercised on all Iranian non-Persian components of fabric.

Finally, before preparing a proposal for regional dialogue forum, Iran should make clear its intentions for regional peace, withdraw from the region, and take care of its own affairs and specifically pull Suleimani and his gangs from Syria and Iraq and let the Arab Gulf states alone. 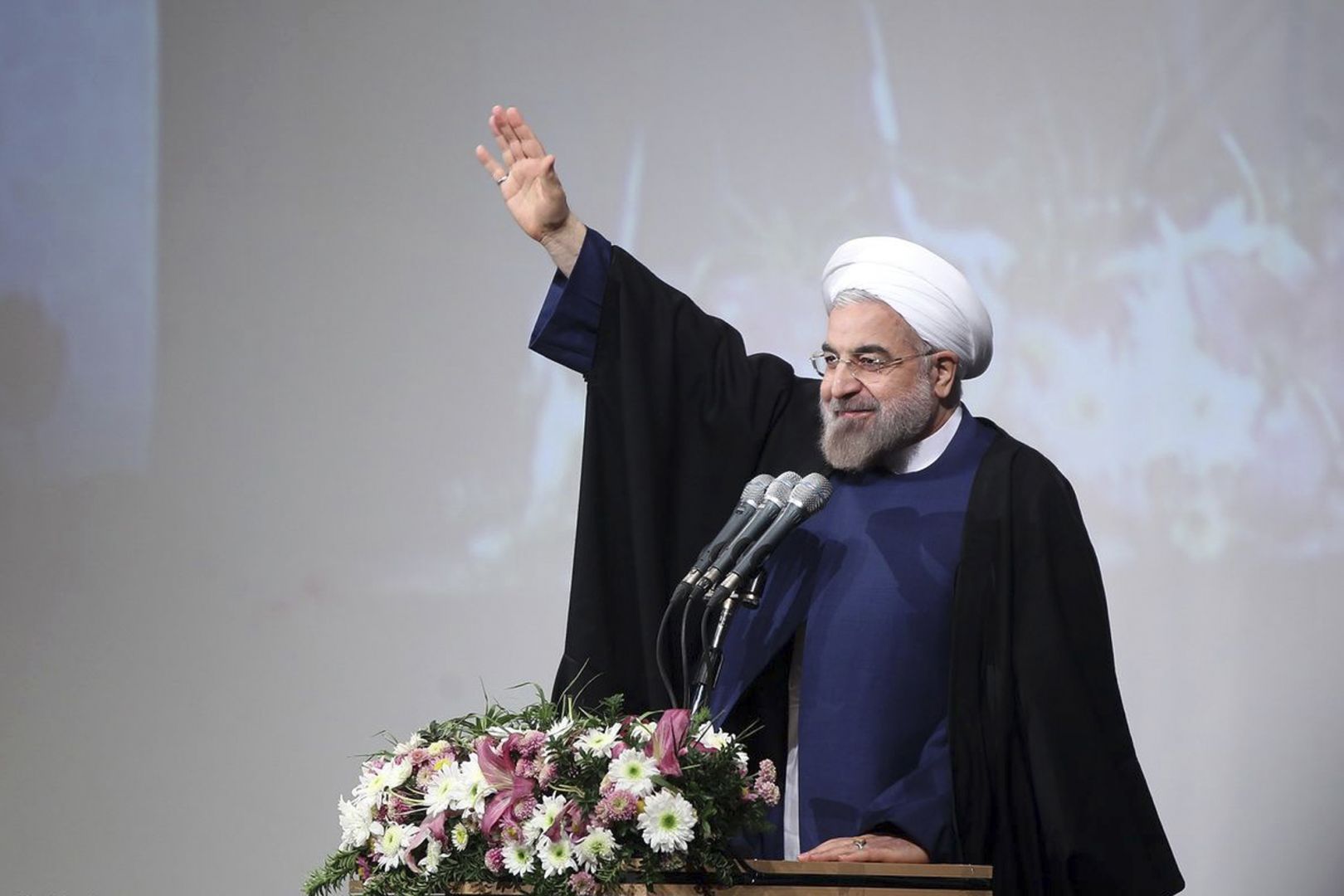 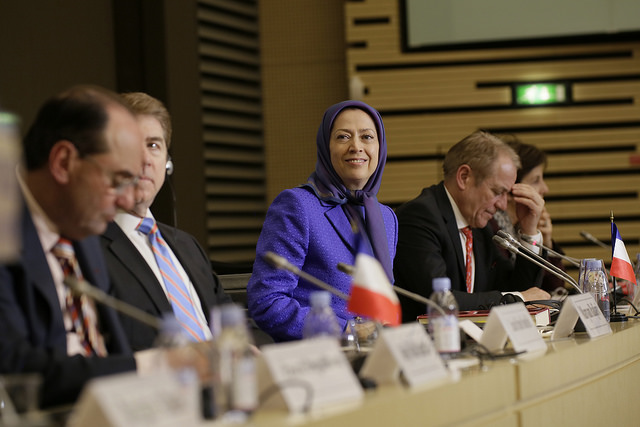