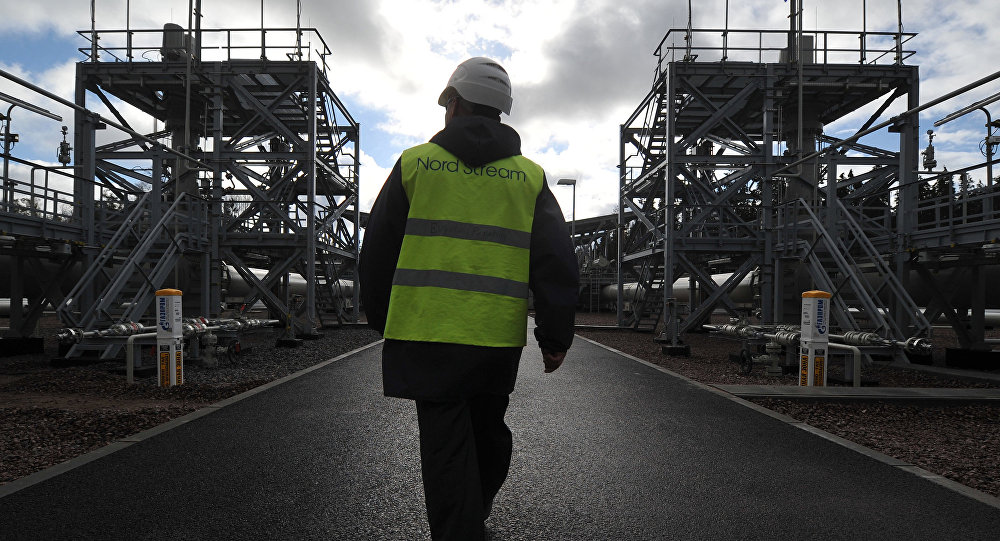 In September 2015, Gazprom and major European energy companies (Germany’s E.ON and BASF/Wintershall, Austria’s OMV, France’s ENGIE and Royal Dutch Shell) signed an agreement to double the Nord Stream gas pipeline’s capacity by 2019. The plan is to transport up to 55 billion additional cubic meters of gas a year to Germany through the Baltic Sea, bypassing Ukraine and other Central-Eastern European countries. The agreement has raised serious concern. Ukrainian Prime Minister Yatsenyuk called it “anti-Ukrainian and anti-European”.

Czech Prime Minister Sobotka warned that the project helps Russia to destabilise Ukraine. Slovak Prime Minister Fico called it a betrayal, costing Ukraine and Slovakia billions of euros. European Commission Vice-President Maroš Šefčovič questioned how the project fits with the EU’s energy security and regulatory priorities, and called on companies to understand their responsibility for the security of supply for Europe as a whole, not only for parts of it. OMV CEO Seele claims that the project would increase supply security by extending “our trustful partnership” with Gazprom. German Chancellor Merkel again argues that the member states should improve connections within the EU rather than quarrel about the destination for gas. These statements by the supporters of the project fail to recognise the interlinked, wider political, energy security, economic and legal concerns related to the deal. As such, the project raises a serious question about the state of the Union at a time when cooperation is crucially needed.

Energy is not just a commodity but always has a strong political dimension when deals are made with Russia. As Gazprom is not a normal commercial actor but a foreign policy arm of the Russian government, the deal is a political victory for Moscow at a time when its aggression, Crimea’s illegal annexation and support for war in Eastern Ukraine, are destabilising Europe. Firstly, Russia can use this, with cooperation on the Iran nuclear deal and potential collaboration regarding Syria, to demonstrate that relations with the EU are normalising. This contradicts the EU’s message that it is committed to pressuring Moscow and maintaining sanctions as long as the conflict in Ukraine goes on. Secondly, Russia can use the deal to show how fragmented the EU is as an actor. The EU’s condemnation of Russia’s actions and sanctions are worth little if member states undermine that political message by pursuing national interests. Germany’s claim that this is a commercial deal and not about politics is short-sighted and dishonest: the consent of Germany, Austria, France, and Netherlands to the agreement casts an odd light on their political commitments, made jointly with their EU partners. Thirdly, making Germany a hub for Russian gas would further increase its dependence, giving Moscow greater leverage over the EU.

The deal also sends a negative political message to Kyiv about the reliability of the EU member states and their commitment to Ukraine. Russia’s aim is to change some of the transportation routes for gas and bypass Ukraine. For Ukraine, losing the transit revenue and increased risk of gas disruptions would be a real blow. As long as Ukraine and the affected Central-Eastern European countries do not have access to alternative routes, suppliers and sufficient reverse flows, this will be a real challenge for their energy security. Russia’s aim throughout the war has been to destabilise Ukraine. Should some member states contribute to this through their actions, it would lead to fundamental questions about the principles the EU claims to adhere to and its role in shaping regional developments.

The deal also conflicts with the EU’s commitment to promote energy security, a key priority under its Energy Union strategy. While logically it should not be in the long-term interest of Russia to use energy as a political tool vis-à-vis the EU and risk losing an important gas market, the memories of 2006 and 2009 when Russia stopped gas ﬂows to Ukraine, resulting in supply problems in many member states, continue to haunt the EU. This is not a trustful partnership. The 2014 stress tests evaluated countries’ preparedness in case of gas disruptions, leading to a series of efforts internally and externally to tackle vulnerabilities. However, more remains to be done.

The Nord Stream II deal reminds us that the basis for energy security is created within the EU and how urgent it is to complete the internal energy market, ensure that infrastructure is in place that leaves no country alone in case of supply disruptions, and invest in energy efficiency and alternative energy sources such as renewables. Alternatives do exist: for example, according to a recent study, the EU could replace all imported Russian gas with 54 million additional heat-pumps. It is in the Union’s interest to invest in a secure, low-carbon energy system, and it should use its policy and regulatory framework together with ﬁnancial support to guide investment decisions in this direction. The EU must also continue to assist Ukraine in its energy transition, in promoting energy efficiency and ensuring that the reverse flows for gas will be in place if needed. In addition, the increased emphasis on diversification, including alternative routes and suppliers for gas, and other energy sources is a welcome step in the right direction and must be pursued further. The deal on Nord Stream II is in full contradiction with efforts to diversify from Russian gas.

The deal’s economic aspects should also be discussed more openly. It is timely to remind stakeholders and the energy companies’ shareholders of the EU’s commitments and current trends for energy supply and energy use, which make the project’s commercial viability questionable. How is the deal aligned with the Union’s proclaimed vision for a low-carbon future, promoted via its climate and energy objectives for 2020, 2030 and the Energy Roadmap that calls for reducing emissions by 80% by 2050? How is it reconciled with the diversification efforts? Whilst gas will not disappear from the European energy mix in the next decades, there is an increasing interest in changing routes and suppliers for gas: Norwegian gas, Caspian gas, and new liquefied natural gas imports from the United States and the Gulf. Moreover, the current gas capacity from Russia is used at around 50% and demand for gas will decrease as alternative energy sources become available and the use of energy changes due to electrification of lifestyles and improvements in heating. Surely, future plans and investments in gas infrastructure and interconnectors should be aligned with these considerations. As the deal does not appear to do so, it raises questions about the unrelated promises and threats made to these companies.

Lastly, as the Commission evaluates the legal implications of Nord Stream II, it must be prepared to fully apply the rule of law. This includes using competition policy and the Third Energy Package where applicable, as a means to break Gazprom’s dominance over the production, distribution, and trading of gas to Europe. Any project must also be in accordance with environmental regulations. Due to political momentum and pressure from Russia and Germany, it is likely that the EU ‘overlooked’ legal considerations when Nord Stream I was approved and built. However, due to the changed political and security setting (as described above), granting such exemptions now would be detrimental to the Union’s credibility. At the same time, it is important that the Commission remains firm vis-à-vis Gazprom on the ongoing antitrust case and does not let politics weaken the implementation of EU law. Also, in order to ensure that future long-term supply contracts as well as inter-governmental gas agreements are in accordance with EU legislation, it is essential that the Commission’s access to information and the possibility to assess major energy deals is enhanced.

The deal on Nord Stream II is a reminder of how short-sighted the pursuit of national interests at the expense of common principles can be, raising questions about the state of the European Union and the Energy Union. The EU cannot let national and commercial interests undermine its common political and energy security commitments. The Commission and the European Parliament must continue to use their political power to engage the relevant countries and companies in dialogue about these commitments and their implications. The Central-Eastern European countries but also the other member states, media and civil society must continue to pressure those that undermine the EU and its interests and commitments vis-à-vis its neighbours. While the EU has a lot on its plate with the ongoing euro, Ukraine and refugee crises, it must not turn a blind eye to other developments that risk escalating into crises. It is essential that the political, security and legal concerns related to the Nord Stream project will be discussed by the heads of state and government at the EU Summit on 15-16 October. The EU must come out with a clear common commitment to support Ukraine, to ensure energy security and to act consistently with these aims, including in commercial transactions with the Russian government and Gazprom. It is essential to remind the member states once again, that the EU can bring mutual benefits only if they work together. 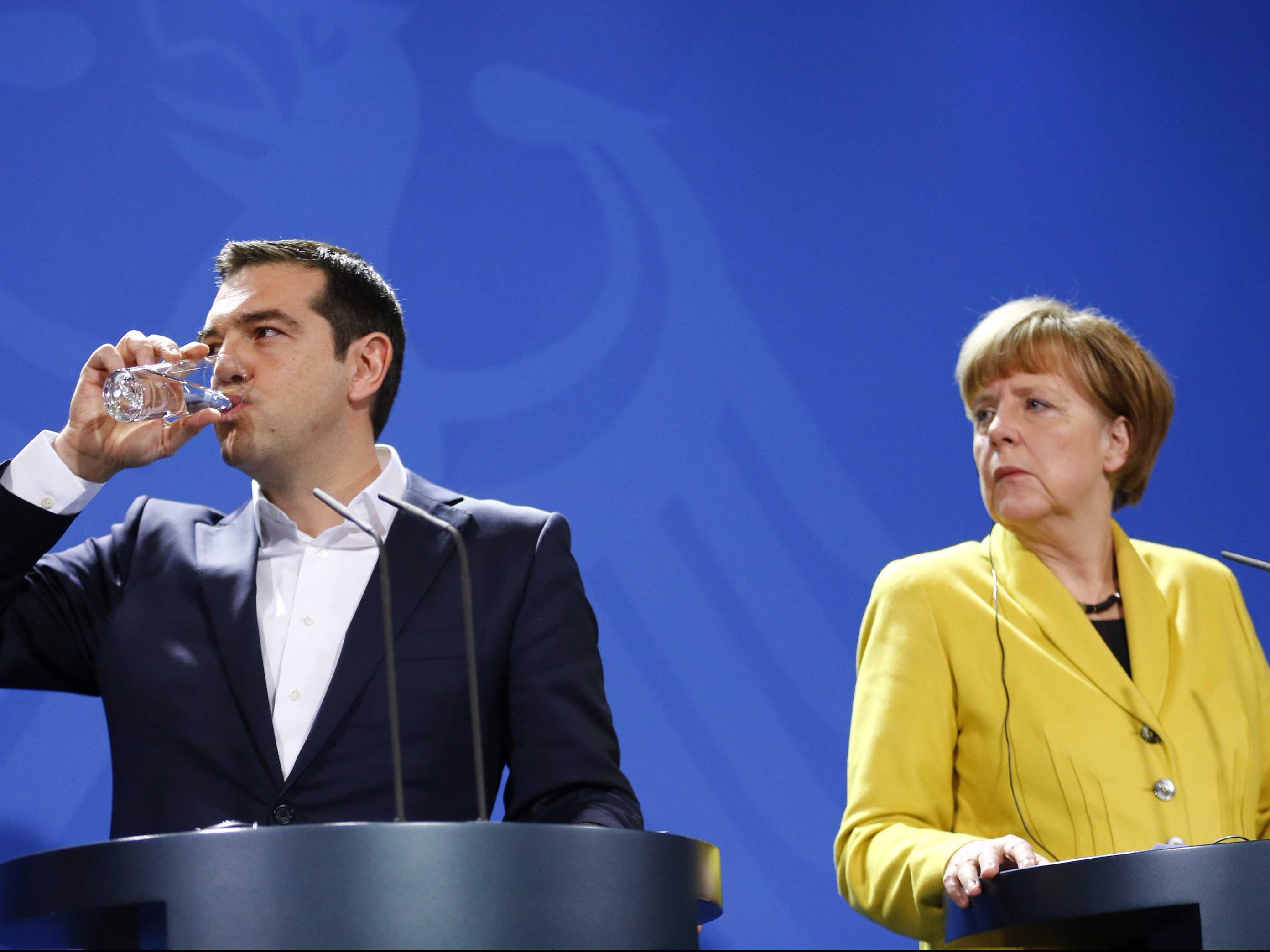 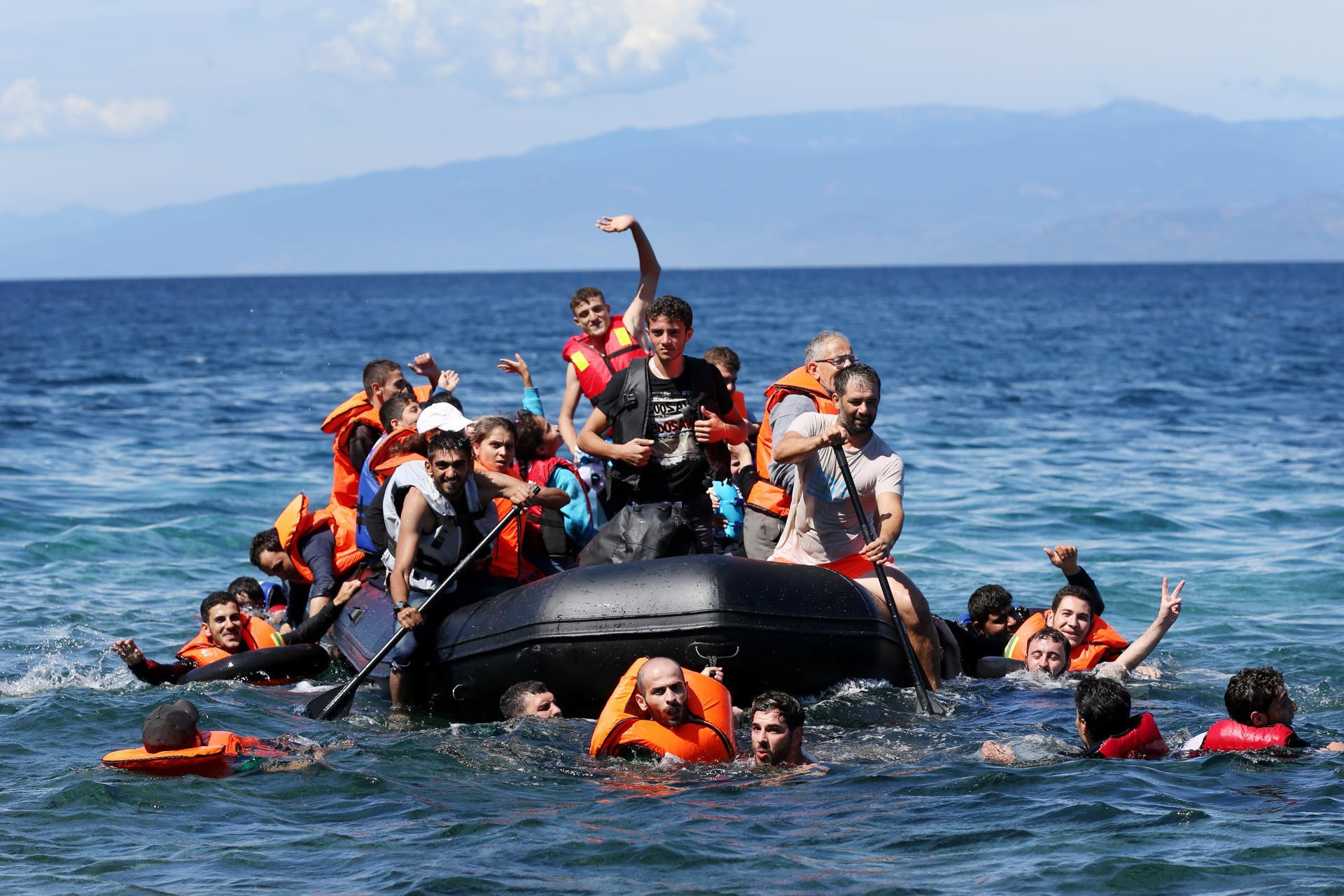 The EU Remains Unprepared for the Next Migration Crisis