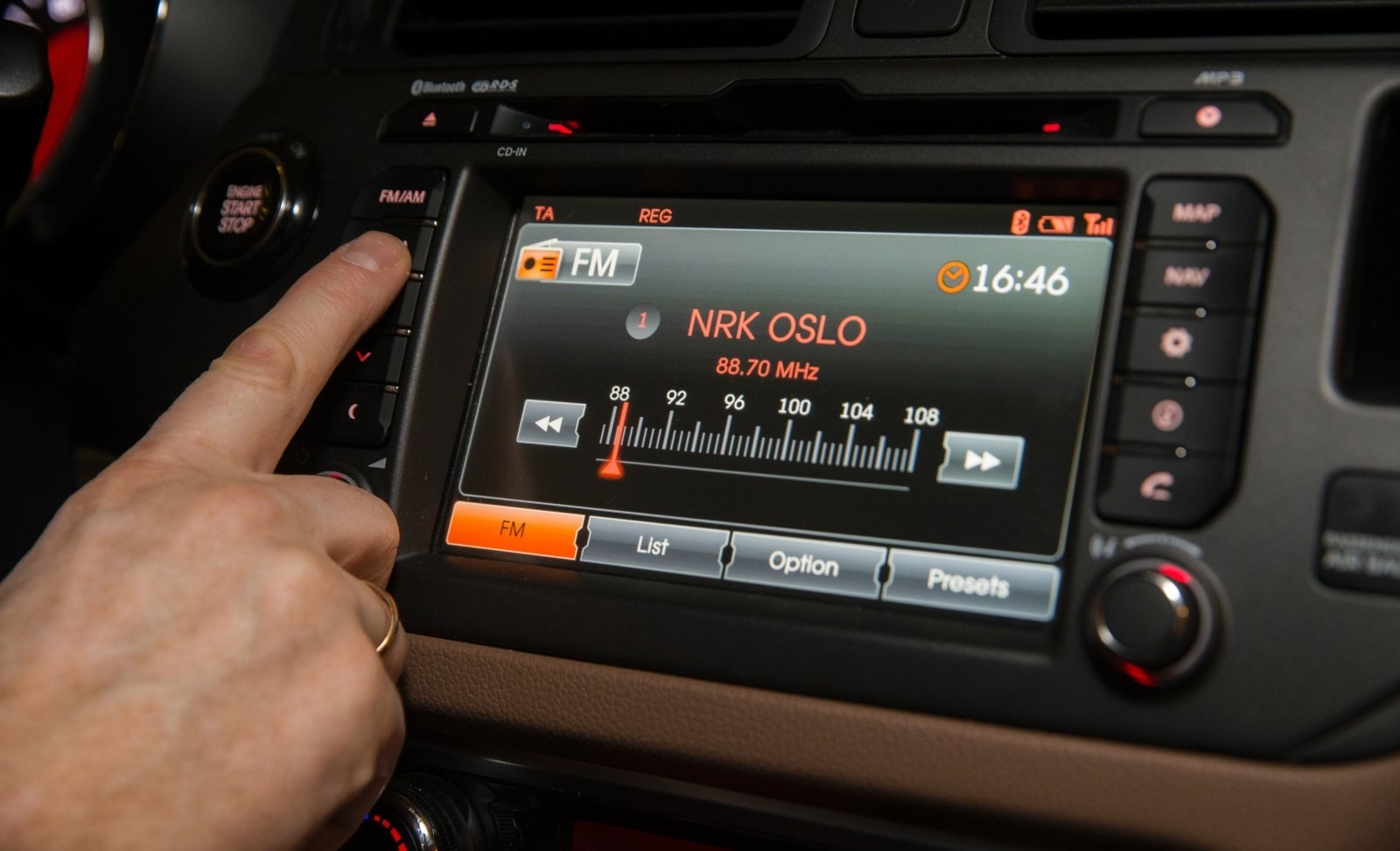 A man looks for a radio station inside a car in Oslo on January 10, 2017.
Norway on January 11, 2017 will become the first country in the world to start shutting down its FM radio network in favour of digital radio, a bold move watched closely by other countries around Europe. / AFP / NTB Scanpix / BERIT ROALD / Norway OUT (Photo credit should read BERIT ROALD/AFP/Getty Images)