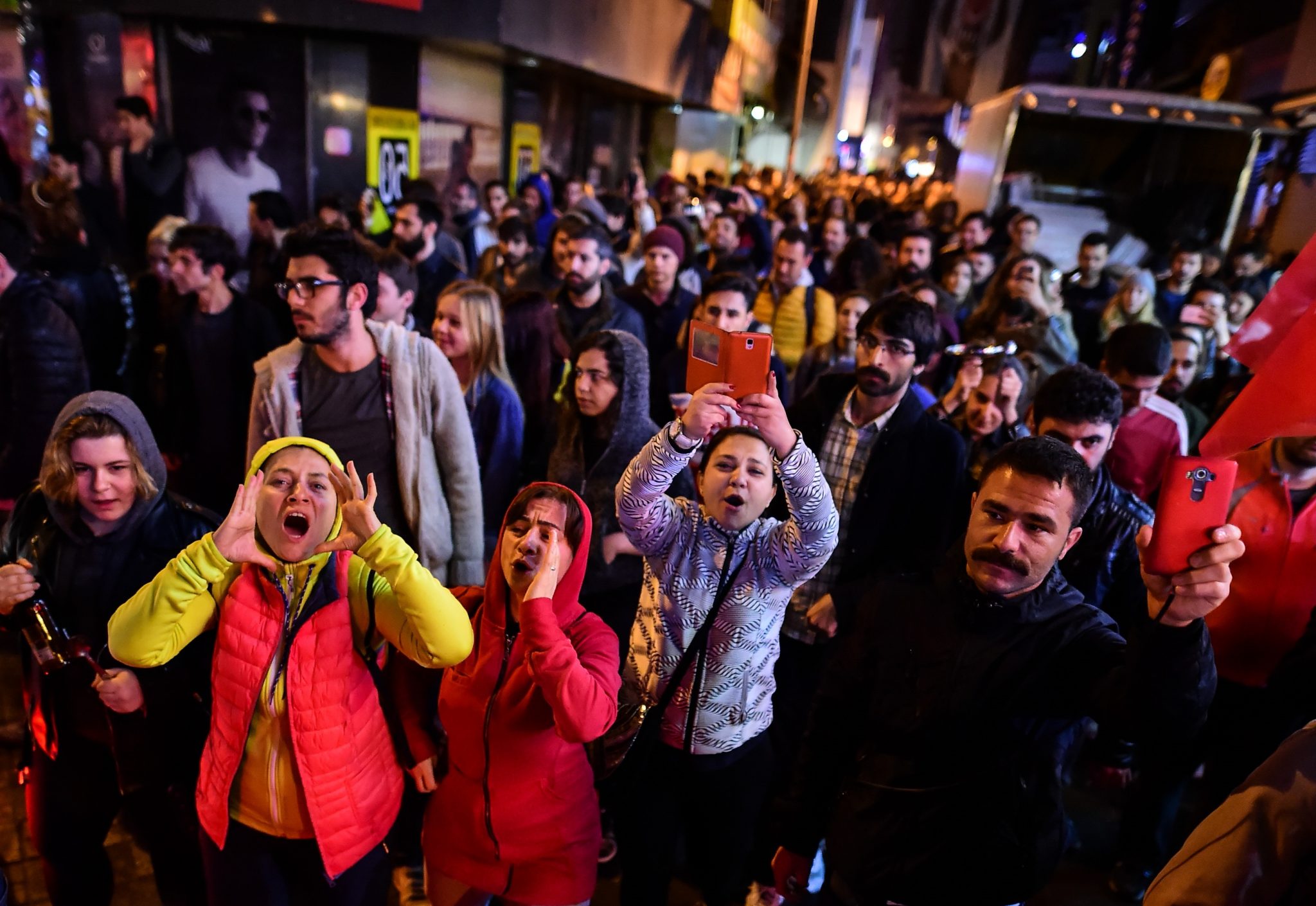 Supporters of ‘No’ gather in Istanbul to protest on April 16, 2017 after the results of a nationwide referendum that will determine Turkey’s future destiny.
Recep Tayyip Erdogan on April 16, 2017 hailed Turkey for making a “historic decision” as he claimed victory in the referendum on a new constitution expanding his powers. The “Yes” campaign to give Turkish President expanded powers won with 51.3 percent of the vote a tightly-contested referendum although the “No” camp had closed the gap, according to initial results. But Turkey’s two main opposition parties said they would challenge the results. / AFP PHOTO / YASIN AKGUL