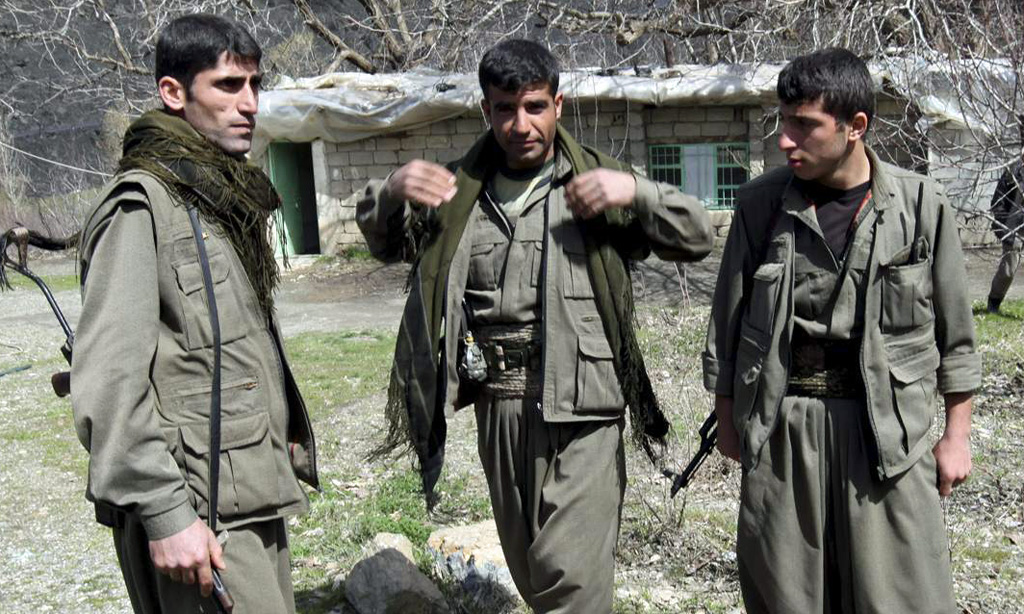 Kurdistan Workers Party (PKK) fighters stand guard at the Qandil mountains near the Iraq-Turkish border in Sulaimaniya, 330 km (205 miles) northeast of Baghdad March 24, 2013. Shattered stone houses recall Turkish air strikes on Kurdish rebels holed up in the Qandil mountains of northern Iraq. Life is harsh amid the snowcapped peaks, supplies are sparse and armed forays across into Turkey perilous in the extreme. Yet rebel chief Abdullah Ocalan, who declared a ceasefire from his Turkish prison cell last week, may not find it easy to coax his fighters down as part of any deal to end a conflict that has taken over 40,000 lives. Picture taken March 24, 2013. To match Insight IRAQ-TURKEY-PKK/ REUTERS/Azad Lashkari (IRAQ – Tags: CONFLICT CIVIL UNREST POLITICS)