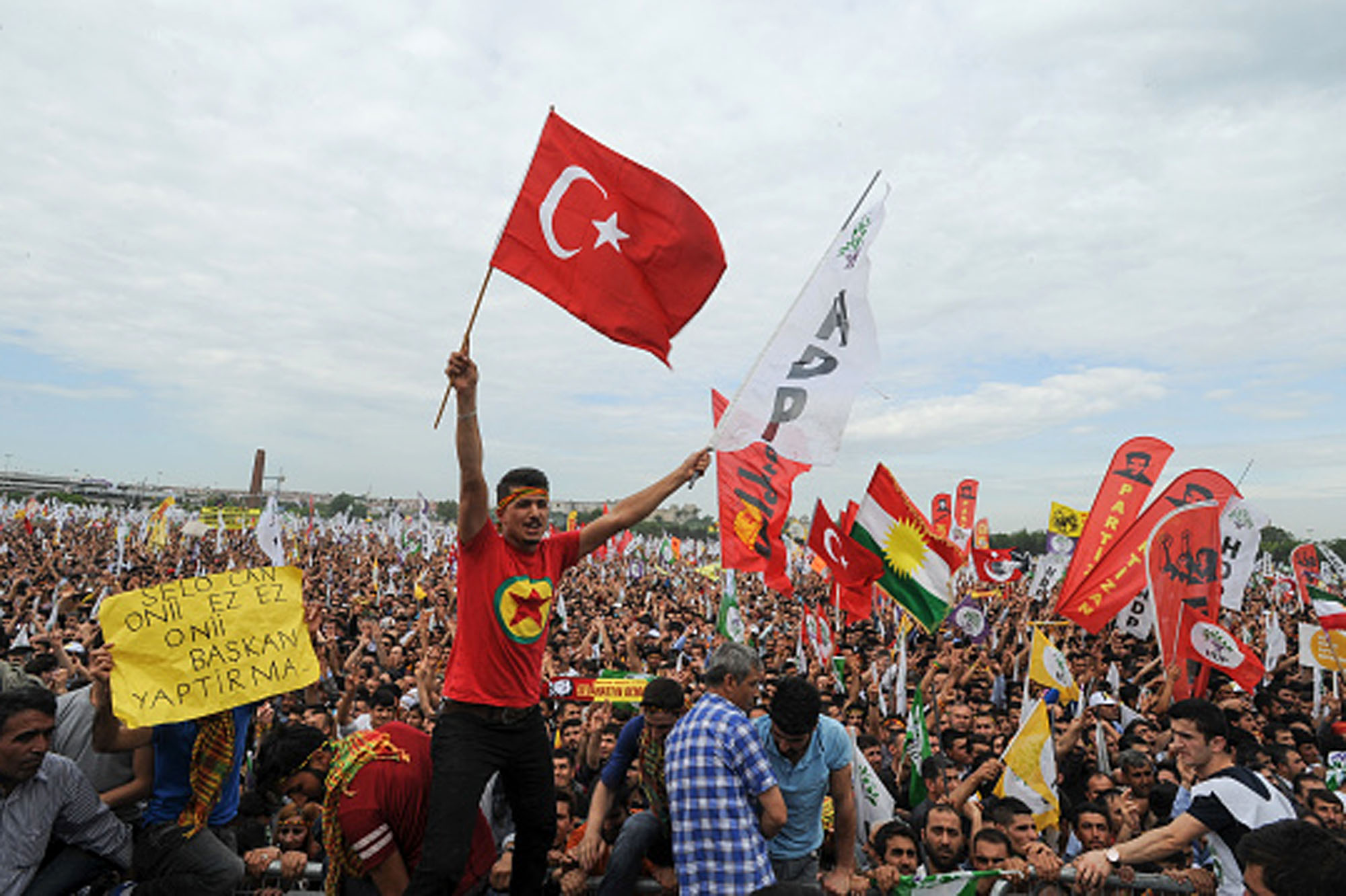 ISTANBUL, TURKEY – MAY 30: A supporter wears a Kurdish protester holds a Kurdistan Workers’ Party (PKK) flag as he waves Turkish flag during Turkey’s pro-Kurdish People’s Democtratic Party (HDP) rally ahead of the June 7 general elections on May 30, 2015 in Istanbul, Turkey Turkey will hold general election on June 7, 2015. Although it is a relatively small party, all eyes will be on HDP. If it reaches the minimum 10 percent threshold required for entering parliament as a party, it could effectively thwart Turkey’s President Recep Tayyip Erdogans ambition to lead a presidential system following a constitutional change. (Photo by Burak Kara/Getty Images)