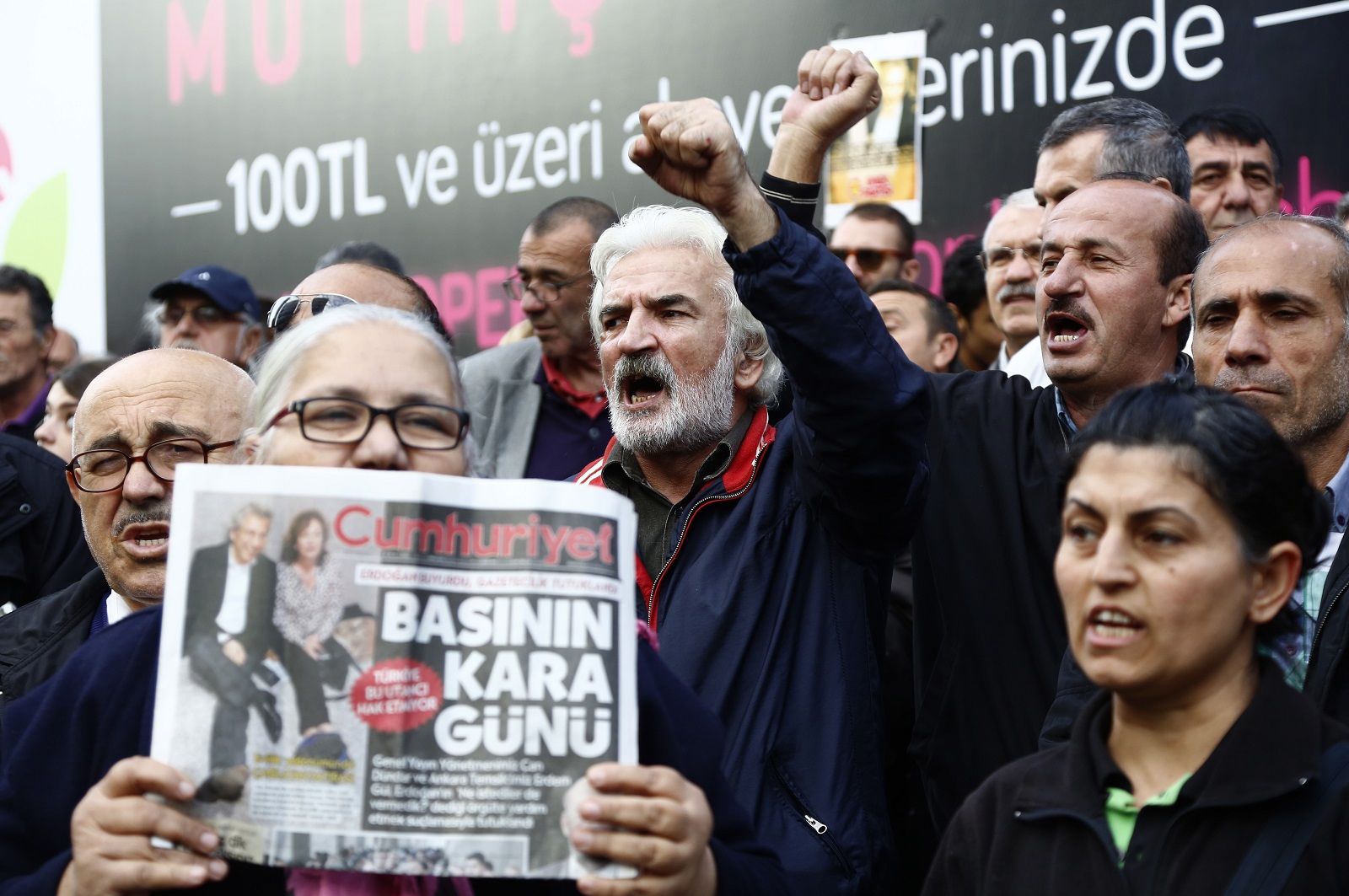 epa05044743 People chant anti-government slogans and hold Cumhuriyet newspaper as they gathered in front Turkish newspaper Cumhuriyet publishing house, in support of Can Dundar and Erdem Gul who were arrested by an Istanbul court in Istanbul, Turkey, 27 November 2015. The editor in chief of Turkish newspaper Cumhuriyet and its Ankara correspondent were arrested on 26 November after publishing a report about the delivery of weapons from Turkey to extremists in Syria. Editor Can Dundar and journalist Erdem Gul of the Cumhuriyet newspaper, which is critical of the government of President Recep Tayyip Erdogan, face charges of belong to a terrorist group and espionage. EPA/CEM TURKEL