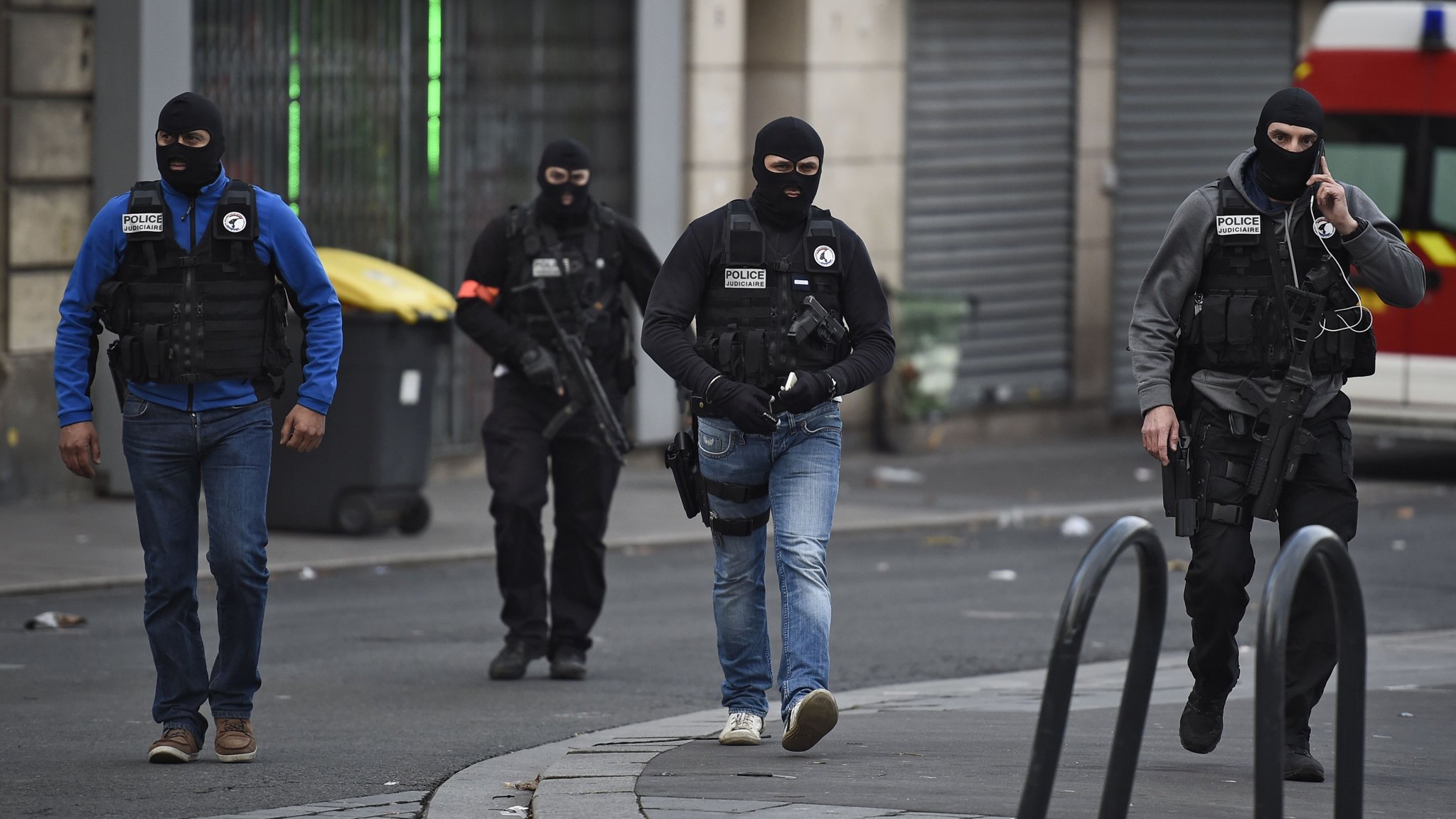 Members of the Raid, a special intervention unit of the French police patrol in the northern Paris suburb of Saint-Denis city center, on November 18, 2015, as French Police special forces raid an appartment, hunting those behind the attacks that claimed 129 lives in the French capital five days ago. At least one person was killed in an apartment targeted in the operation aimed at the suspected mastermind of the attacks, Belgian Abdelhamid Abaaoud, and police had been wounded in the shootout. AFP PHOTO / LIONEL BONAVENTURELIONEL BONAVENTURE/AFP/Getty Images