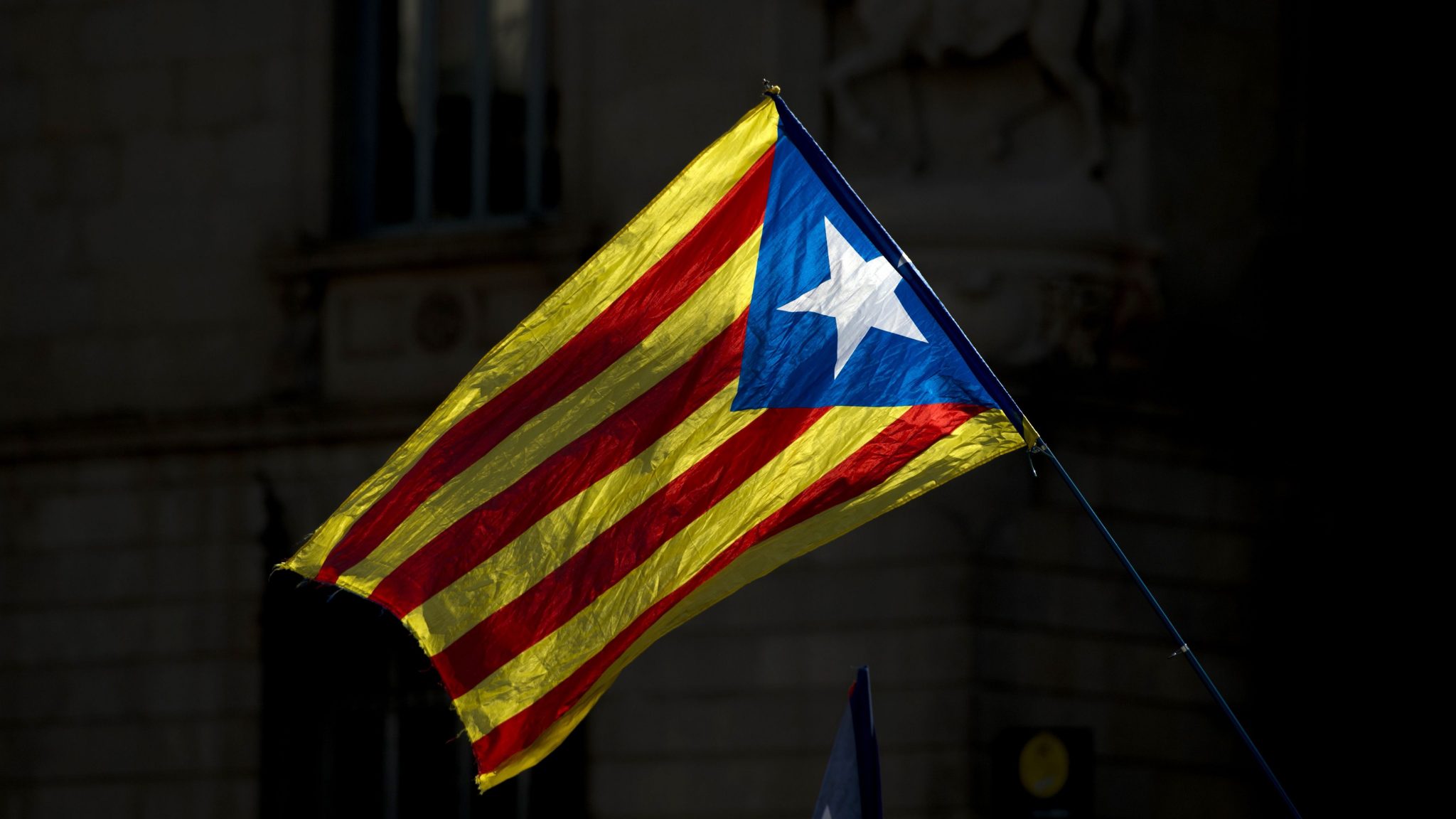 TOPSHOT – Picture shows a ‘Estelada’ (Catalan pro-independence flag) during a demonstration to support Catalan pro-referendum mayors on September 16, 2017 in Barcelona.
More than 700 of the 948 mayors of Catalonia, threatened with judicial inquiries for supporting a referendum on self-determination banned by Spanish justice, shouted “we will vote” and “independence” at the headquarters of the regional government ‘Generalitat’ during a demonstration in Barcelona. / AFP PHOTO / Josep LAGO (Photo credit should read JOSEP LAGO/AFP/Getty Images)