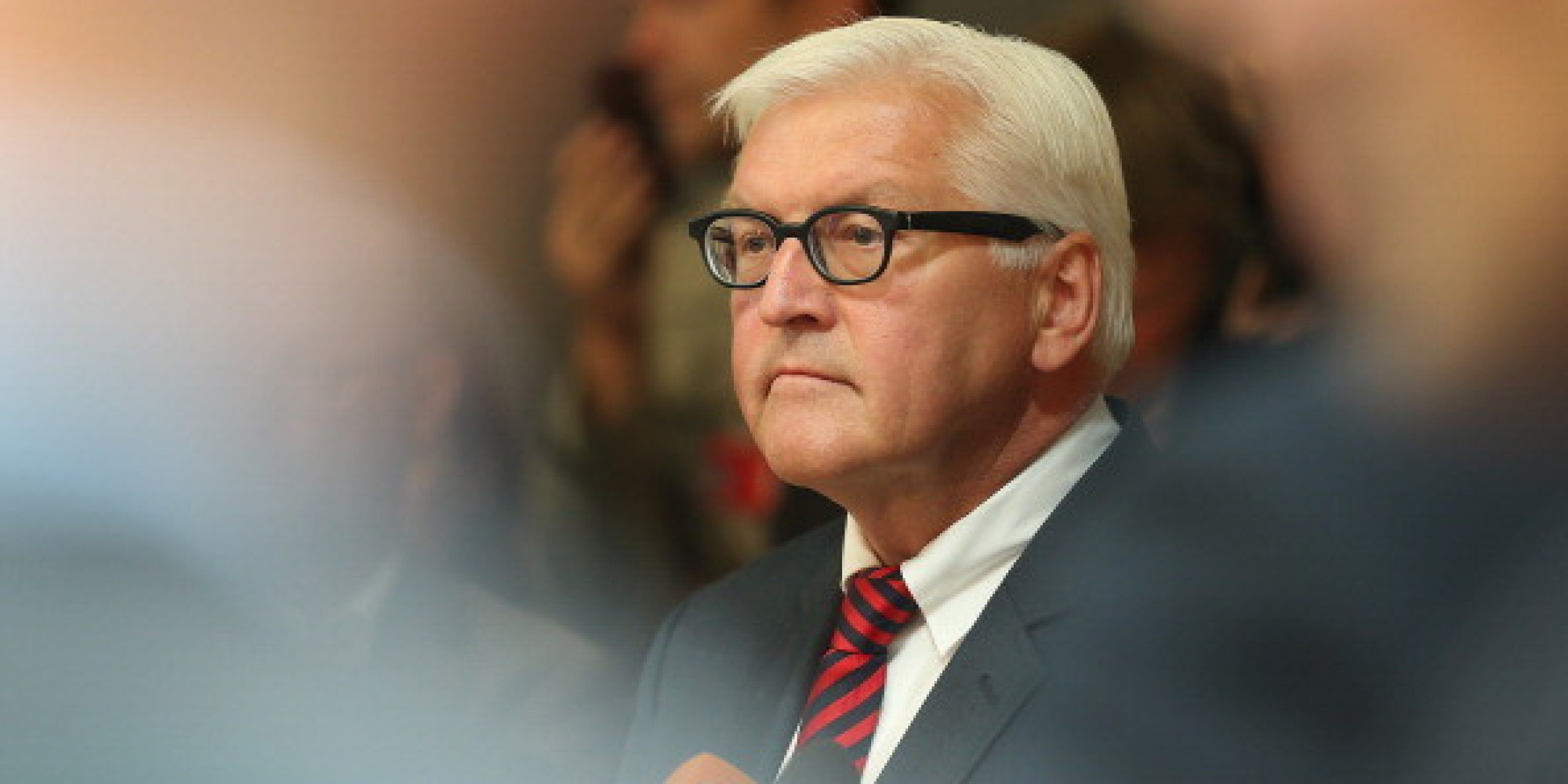 BERLIN, GERMANY – AUGUST 12: Frank-Walter Steinmeier, German Social Democrat (SPD), speaks to the media after the government cancelled an offer for Steinmeier to testify at a hearing of the parliamentary control commission (Parlemantariches Kontrollgremium) of the Bundestag on August 12, 2013 in Berlin, Germany. The commission is investiagting to what extend the Bundesnachrichtendienst (BND), the German foreign intelligence gathering agency, shared information with the NSA. Steinmeier was Chancellery Minister in the previous German government and was privy to an agreement between German and U.S. intelligence agencies over data sharing at the time. (Photo by Sean Gallup/Getty Images)