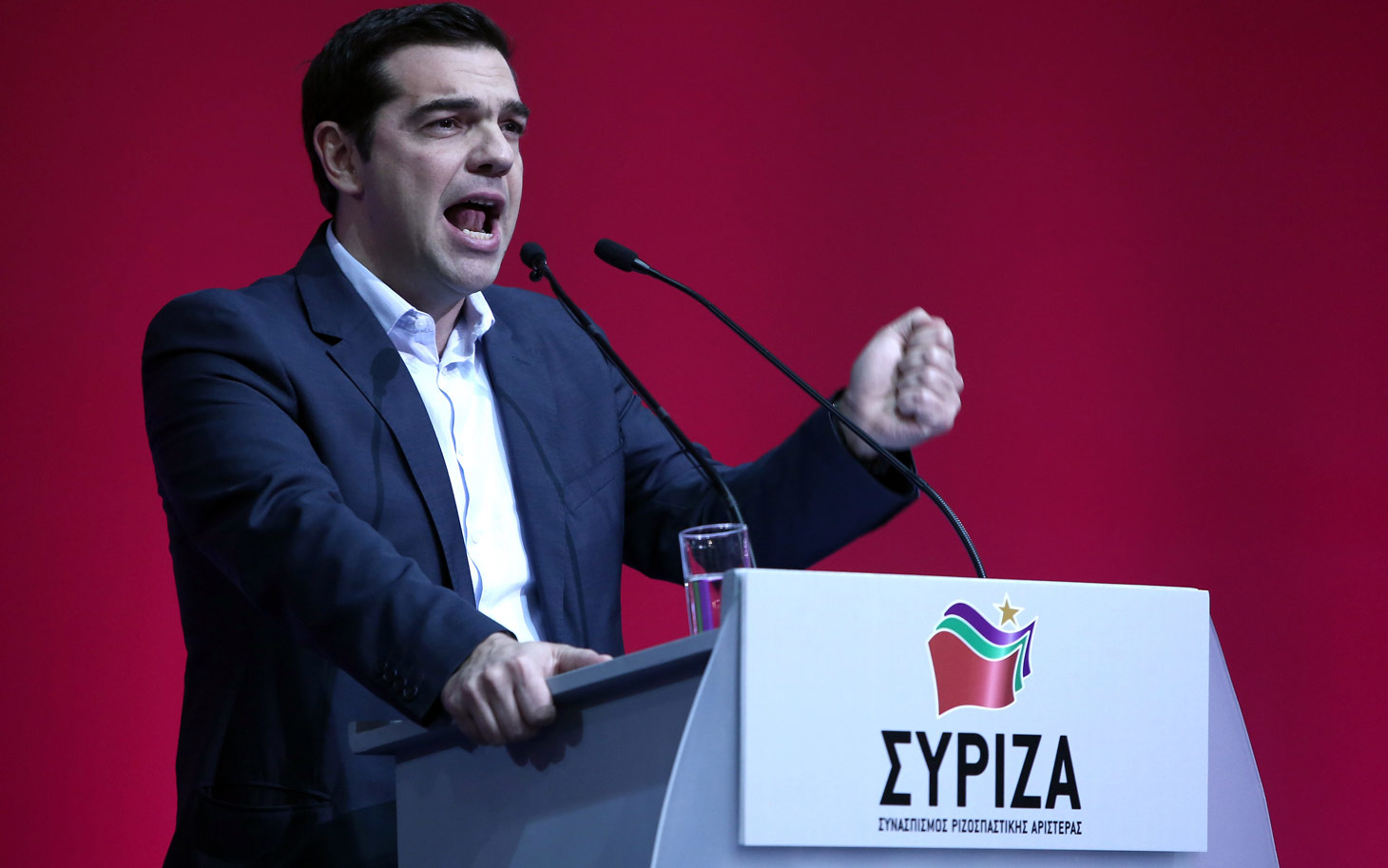 Alexis Tsipras, leader of the radical leftist party Syriza, delivers a speech during a congress of the party in Athens, on January 3, 2015. Syriza, tipped to win the January 25 parliamentary election in Greece, is a coalition of leftist groups who oppose austerity and privatisations and want to renegotiate the country’s EU-IMF bailout deal. AFP PHOTO / ANGELOS TZORTZINISANGELOS TZORTZINIS/AFP/Getty Images