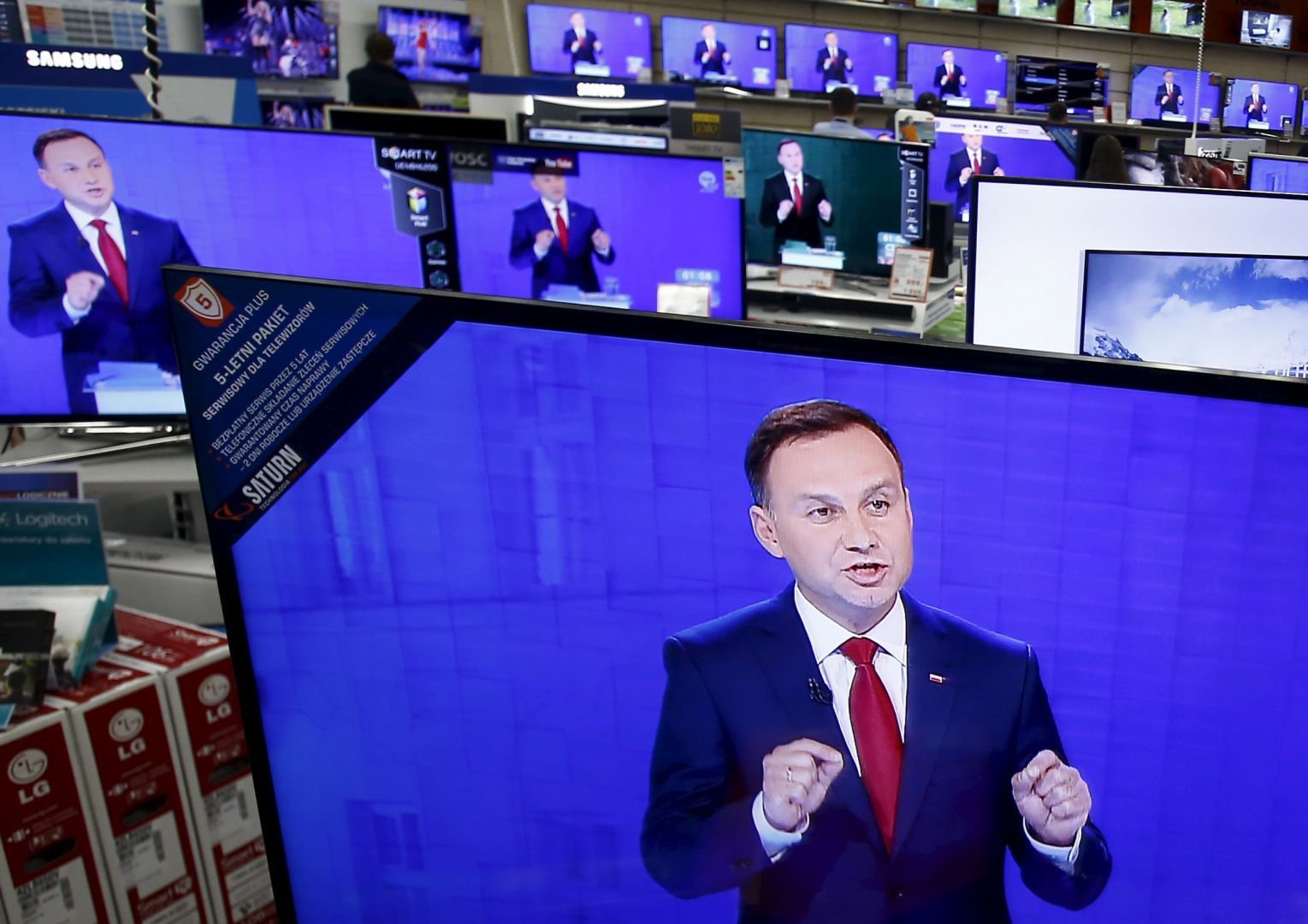 In the classical novel by Miguel Cervantes, Don Quixote of La Mancha convinces himself to revive chivalry, and protect those in need against injustice. Andrzej Duda, took up office as the President of Poland on 6th August 2015, replacing Bronisłav Komorowski following a surprising win over the incumbent. Like any knight errant, President Duda wasted no time to herald the beginning of his quest.

Duda is presiding over a confident country; and why not? After all, as a sovereign Member State of the European Union with a fast-growing economy, Poland has a lot to be proud of. In recent years, Poland’s confidence has also increasingly expanded into the realm of international affairs, placing itself at the political heart of the EU, pursuing regional cooperation both within the EU and in its eastern neighbourhood. However, the last two years have also made Poland nervous about an increasingly assertive Russia.

President Duda and the Justice and Law Party he comes from represent Poland’s political spectrum, to put it mildly, more suspicious of Russian moves. With no end in sight to on-going (and escalating) fighting in eastern Ukraine, the new President and his advisors have the right to point to a breaking European security (dis)order. The President’s main aim, therefore, is to enhance what is perceived as Poland’s vulnerable security situation. More quixotic than realistic, the means of achieving this are worth reviewing.

As soon as he took office at the height of this summer’s heatwave on 6th August, the President immediately called for greater NATO presence in the region, preferably by creating a permanent base in Poland. Of course, with Russia bolstering its military capacity in Kaliningrad and waging a hybrid war in eastern Ukraine, it is easy to feel in need of a little bit of assurance from one’s allies. However, while Duda may have tried to set the agenda for the upcoming NATO Warsaw Summit, he is pursuing a ship that in fact has long sailed.

Therefore, it is all very well for Duda to call for bases but, as far as the western member states (who are expected to contribute) are concerned, the bases are not an option. Seen as too antagonising towards Russia, it is unlikely this renewed call will meet with popularity at the time when the Minsk II agreement is all but dead, and a new diplomatic push for peace is no doubt around the corner. Taking into account wider geopolitics, with Russia’s role in the intensifying Syria talks, Germany, France, the United Kingdom and the US will rather seek a common language with Russia, rather than create new divisions.

Being located in the heart of Europe, it comes as pretty obvious that Poland has always sought balance between its Western European and Eastern European policies. It, therefore, comes as no surprise that Duda has called for greater regional cooperation in Central and Eastern Europe. This, after all, is nothing new. In one format or another, every Polish leader seems to call for more regional dialogue.

Its neighbours, however, are generally suspicious. Consequently, every time such plans falter. The Visegrad format (V4), for all its faults, is perhaps the most important regional constellation that Poland is a member of. Its relationship with the Baltic states is extremely important (especially, in security issues) but not quite as institutionalised as the V4. The Weimar Triangle is important, but losing steam. Romania is Poland’s newly found friend and, not surprisingly, the importance of this relationship is likely to grow. The new President, however, must find this list of regional groupings too confusing (or, perhaps, because it is right), and decided it is time, with the exception of the Weimar Triangle, to combine them, starting with the proposed expansion of the V4.

On the paper, it is a noble idea, but sadly one that is destined for doom. In fact, the President and his advisors fail to appreciate that the strength of these relationships is that they have co-existed separately, and for different purposes. The Visegrad Group, for one, does not share Poland’s Russophobia. No doubt, they are worryingly watching the situation in neighbouring Ukraine, but they have been more careful in their stance towards the Kremlin.

Security is a hard area of cooperation on a sunny day, as the case of the Visegrad’s military cooperation testifies. When the going gets tough on the international scene, however, it becomes all the more difficult, especially between such diverse groups of states. Therefore, it is unlikely that Duda’s proposed summit between the leaders of the Visegrad countries, the Baltics and Romania and Bulgaria is likely to produce anything of substance. As have been the case so many times before, Poland’s attempt at regional leadership will be viewed by suspicion, while countries such as Bulgaria, Hungary, Slovakia and perhaps the Czech Republic will not be sold anything that may resemble Piłsudski’s Intermarium and, therefore, an anti-Russian front.

As Duda, however, made it clear, any security dialogue also requires a greater role for Ukraine’s neighbours in any future peace talks. This is a sensible idea. After all, in a 21st century Europe, questions of peace and war cannot be merely left to the big powers. Unfortunately, they are. Size and power still matters, now more than ever than at any point since the end of the Cold War.

Before Yanukovich fled Kyiv in February 2014, Poland’s then foreign minister Sikorski was part of a European triumvirate that helped to broker a deal between the Presidential administration and the opposition. Thereafter, however, and as the situation in the country deteriorated into an armed conflict, Poland vanished from the high diplomatic table.

A more inclusive round table, including Belarus, Hungary, Poland, Romania and Slovakia would make sense if the Ukrainian talks would be more open and all neighbours shared the desire for peace. Unfortunately, they represent a more traditional and secretive style of diplomacy, where other geopolitical factors are also taken into account.

Here seems to lay another big obstacle for the chivalrous President: Power or, rather, its limits. Firstly, in any such possible peace talk arrangements, Russia will find Poland more annoying than a challenger to its diplomatic manoeuvres. After all, the current set-up of the Normandy format merely highlights that the only thing that still impresses Russia is hard power. Despite all of Poland’s successes in the past two decades, Russian elites still count power according to battalions, rather than soft power, or economic growth.

Secondly, as President Duda will no doubt find out, Poland’s western and eastern European are not mutually exclusive. In fact, for Poland to be able to play any part in Ukrainian peace negotiations, it needs the support of its western European partners. Therefore, rather than shift its focus from Brussels to the River Bug, the President’s eastern policy must remain concerted on Brussels and strike a conciliatory, not confrontational tone, in particular with France and Germany.

Yet, all these policies, doctrines or whatever else we wish to call them are not new; they may be presented in a new format and by a new administration, but they represent the same (often impractical or, indeed, impossible) aims pursued by previous administration. What makes Duda stand out is his particular almost knightly persuasion that these are the solutions that may contribute to Poland’s and indeed, European security. I fear, however, that this may not be so.

It is admirable that Poland and the new presidential administration seek to punch above their diplomatic weight; indeed, I strongly hope they continue to do so. In diplomacy, where chivalry seems in such short supply these days, testing one’s limits in the pursuit of principles is important. However, in diplomacy one must also be aware of limits of one’s strength.

However, President Duda, like any good knight errant, will not give up on his principles so easily.

“All of that is true,’ responded Don Quixote, ‘but we cannot all be friars, and God brings His children to heaven by many paths: chivalry is a religion, and there are sainted knights in Glory.’ 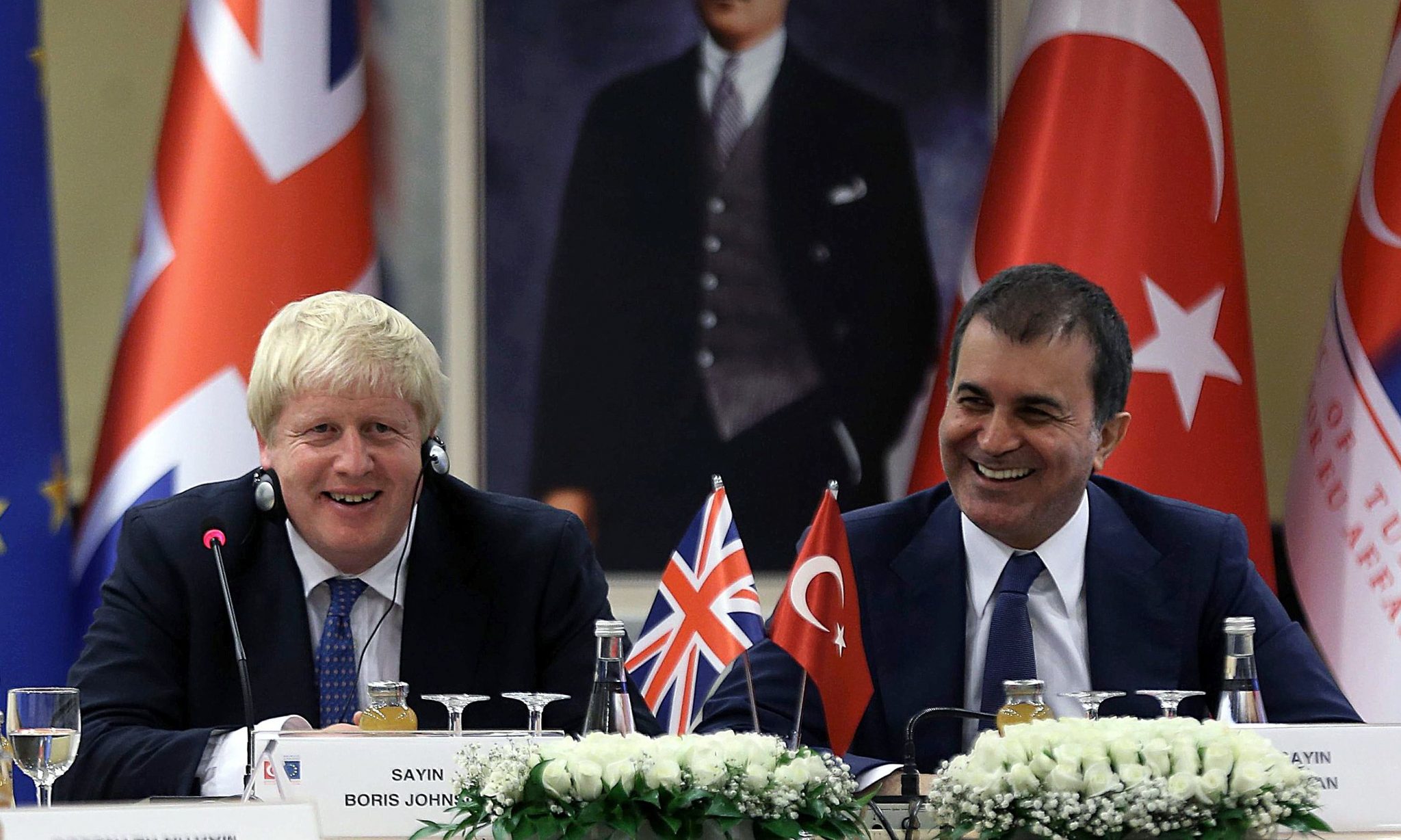 Turkey is no model for Britain’s post-Brexit trade policy 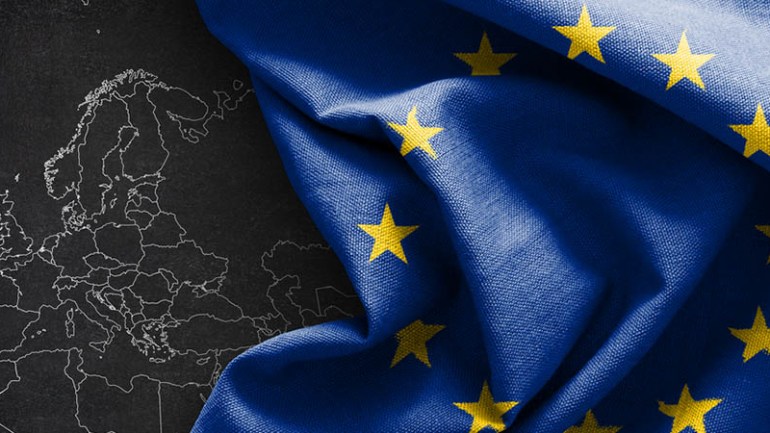 COMMENTARY | Post-COVID-19 Global Governance: what place for the EU?