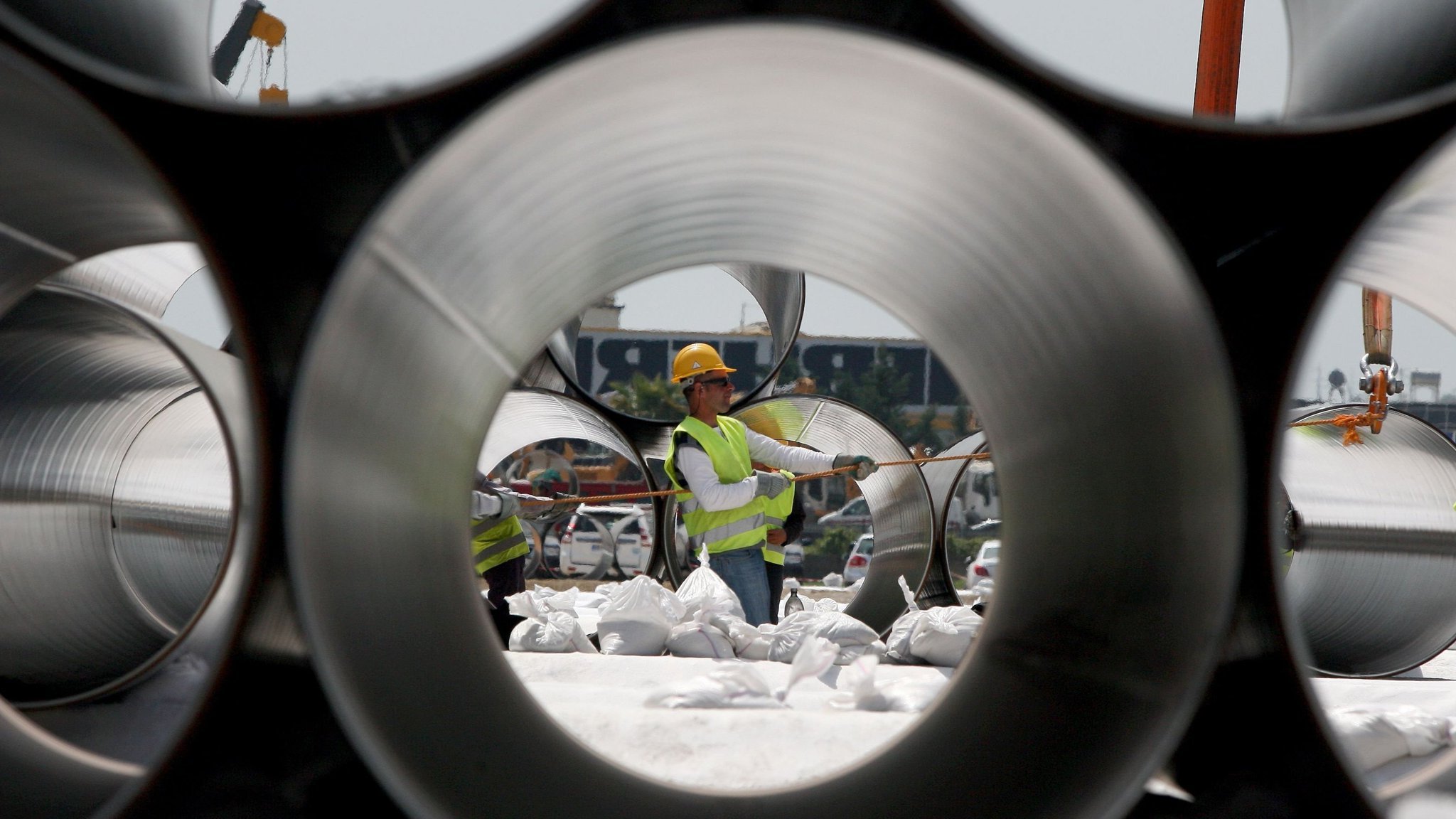 Workers unload newly arrived pipes for the construction of the future Trans-Adriatic Pipeline in Spitalle, near Durres, on April 18, 2016, aimed to bring gas from the Caspian Sea to Europe.
The 867 km pipeline will cross through Greece, Albania, offshore under the Adriatic Sea, before reaching Italy. / AFP / GENT SHKULLAKU (Photo credit should read GENT SHKULLAKU/AFP/Getty Images)