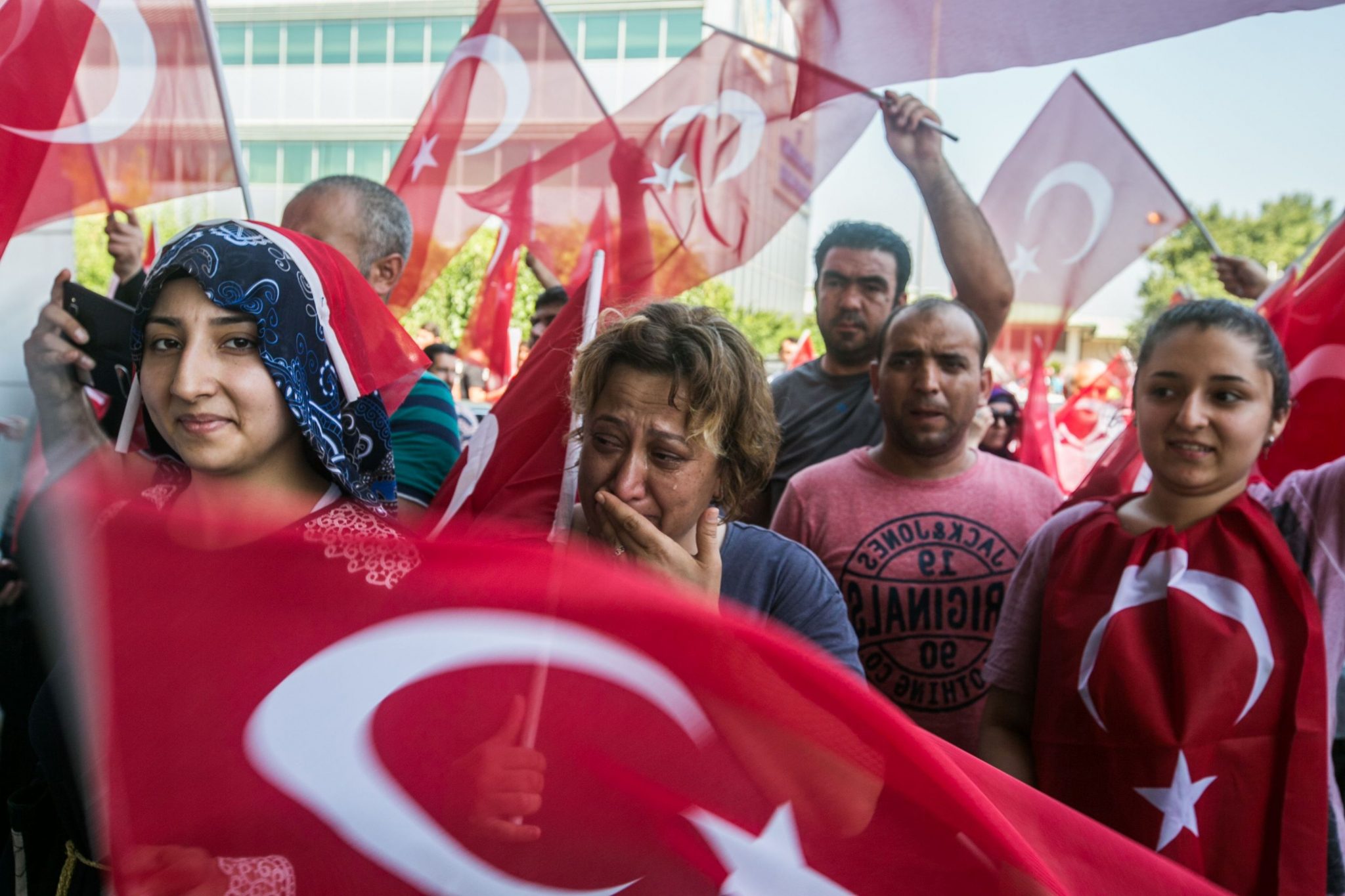 TOPSHOT – People wave Turkish flags and react after a military position was taken over at the Ataturk airport in Istanbul on July 16, 2016.
President Recep Tayyip Erdogan urged Turks to remain on the streets on July 16, 2016, as his forces regained control after a spectacular coup bid by discontented soldiers that claimed more than 250 lives. Describing the attempted coup as a “black stain” on Turkey’s democracy, Yildirim said that 161 people had been killed in the night of violence and 1,440 wounded. / AFP PHOTO / GURCAN OZTURK