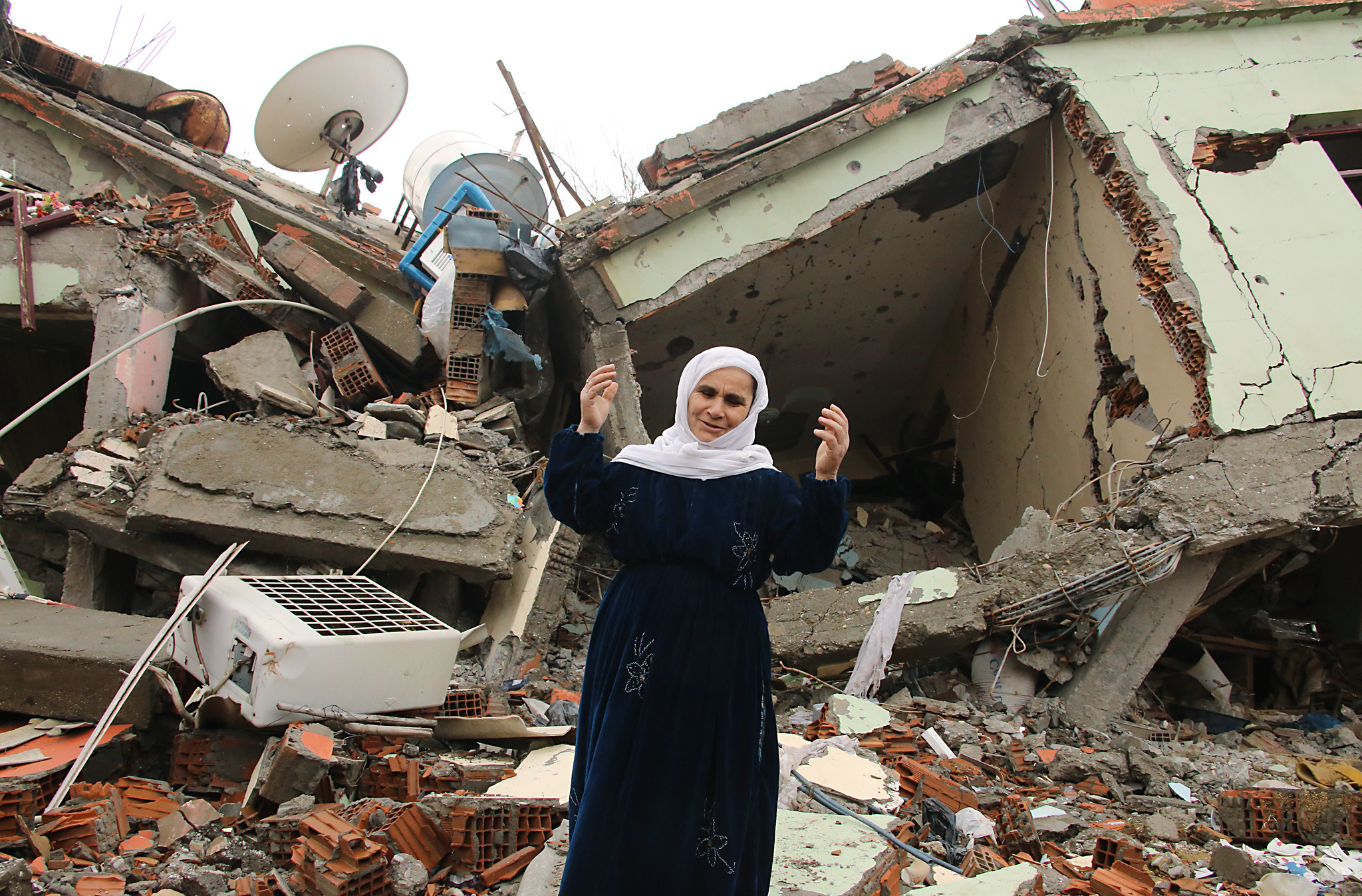 A resident gestures as she talks standing on the rubble of a destroyed house in the mostly-Kurdish town of Silopi, in southeastern Turkey, near the border with Iraq, Tuesday, Jan. 19, 2016. Turkey’s prime minister announced Tuesday that military operations against Kurdish rebels have ended in one mainly Kurdish southeastern town. The military is still fighting militants linked to the Kurdistan Workers’ Party, or PKK, in two other urban areas. (AP Photo/Mahmut Bozarslan)