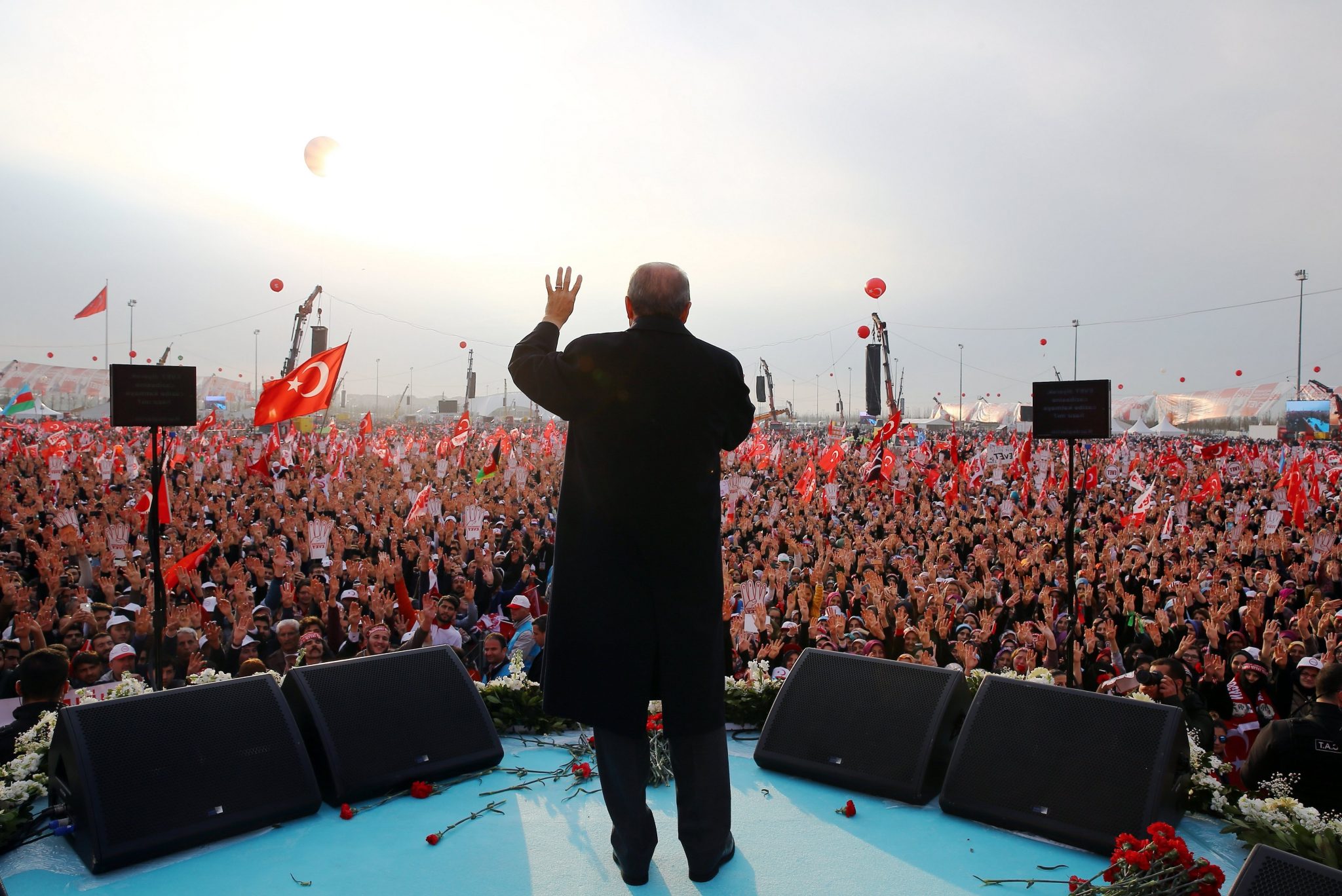 epa05897558 A handout photo made available by Turkish President Press office shows, Turkish President Recep Tayyip Erdogan speaks during a ‘Vote Yes’ rally in Istanbul, Turkey, 08 April 2017. A referendum on the constitutional reform in Turkey will be held on 16 April. The reform, passed by Turkish parliament on 21 January, would change the country’s parliamentarian system of governance into a presidential one, which the opposition denounced as giving more power to Turkish president Recep Tayyip Erdogan. EPA/TURKISH PRESIDENT PRESS OFFICE HANDOUT HANDOUT EDITORIAL USE ONLY/NO SALES