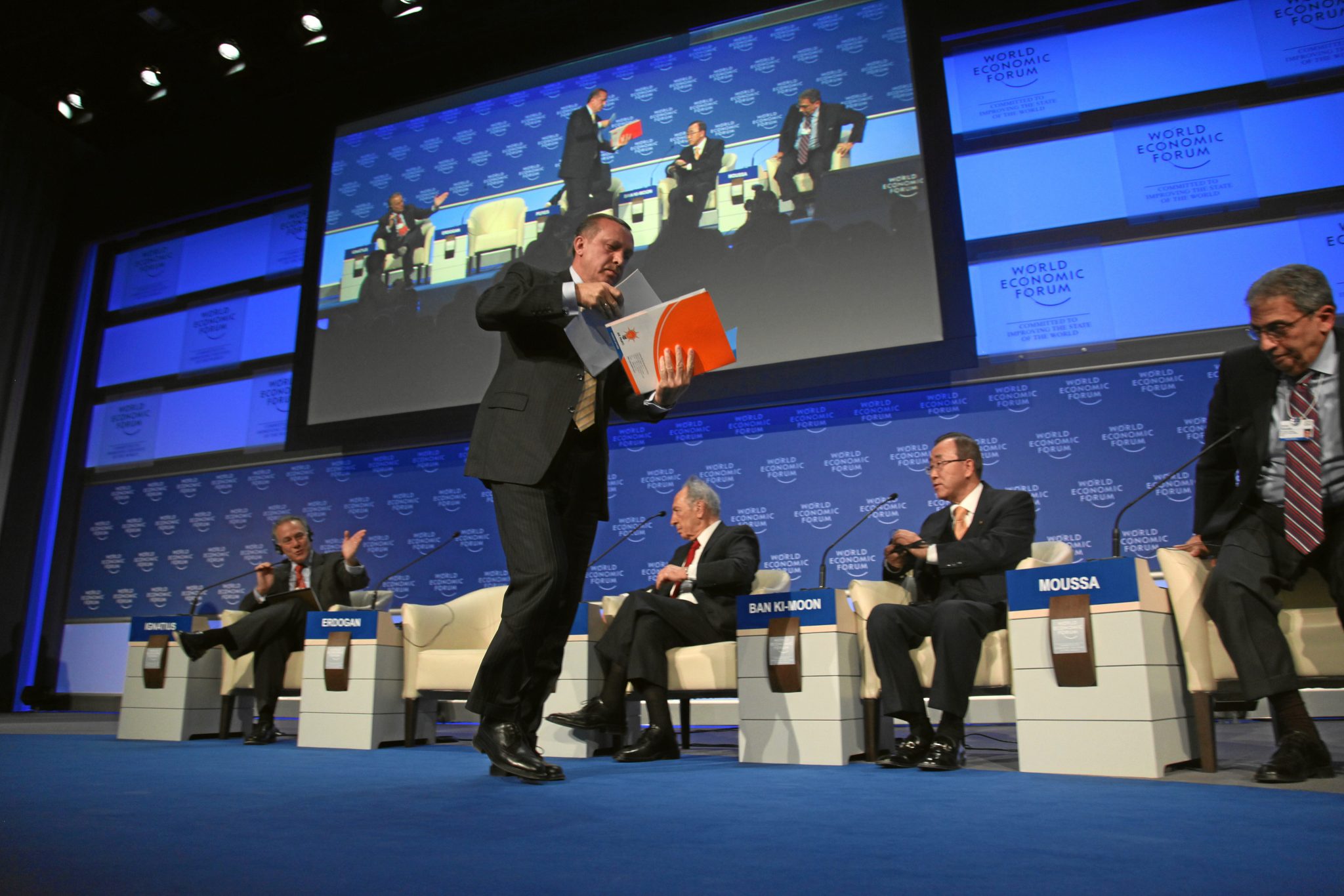 After months of negotiations, Turkey and Israel are expected to finalize a deal in imminent reconciliation talks scheduled for June 26. Officials from both sides have been working on a magic formula to bring the crisis to an end since it was disclosed that Israeli Foreign Minister Director Dore Gold and then-Turkish Foreign Ministry Undersecretary Feridun Sinirlioğlu held a secret meeting in Rome in summer 2015.

Relations between the two countries worsened drastically following a deadly assault in 2010 on the Turkish-flagged Mavi Marmara aid flotilla, which was carrying humanitarian aid to Gaza.

However, the deterioration in bilateral ties started earlier on during the golden age of Turkish foreign policy when Turkey boasted of being able to communicate with all actors in the region – it was in this context that Turkey engaged in mediating direct talks between Syria and Israel back in 2008.

Israel’s decision to launch the Cast Lead Offensive on the Gaza Strip, just a week after then-Prime Minister Ehud Olmert’s meeting with then-Prime Minister Recep Tayyip Erdoğan, was perceived as a betrayal by Erdoğan himself. As such, Erdoğan announced the day after the operation on Gaza started that he was freezing his discussions with Olmert while branding the military operation as “a serious crime against humanity.”

Another serious blow came at the World Economic Forum in Davos on Jan. 1, 2009, when Erdoğan left the stage over a rift with then-Israeli President Shimon Peres during a panel discussion on Gaza, on the grounds that he had been given only half the time to speak vis-à-vis Peres. Erdoğan not only accused the moderator of being impartial but also bashed Peres, saying, “When it comes to killing you know how to kill!”

Also known as the “One minute” crisis, Erdoğan’s challenge to Peres in Davos was met with admiration on the Arab street within the context of the Palestinian issue and increased Erdoğan’s prestige as a leader.

On the other hand, anti-Israeli sentiments, which were often intertwined with anti-Semitism, started to rise in Turkish society, such that it was reflected in popular culture. For instance, in “Ayrılık,” a Turkish TV series broadcast on state-owned TRT, Israeli soldiers were portrayed killing and torturing civilians in Gaza; in another TV series, “Kurtlar Vadisi” (The Valley of the Wolves), Mossad agents were depicted engaged in child trafficking.

The unfavorable coverage of Israel in the Turkish media elicited serious discontent among Israelis. On Jan. 11, 2010, Deputy Foreign Minister Danny Ayalon hosted Turkish Ambassador Ahmet Oğuz Çelikkol at his office to discuss the issue. However, this time another diplomatic crisis erupted, as Ayalon purposefully had Çelikkol seated on a lower stool and told the press to note the humiliating detail in their coverage of the meeting.

The downward spiral of bilateral relations reached a new low with the Mavi Marmara incident on May 31, 2010, which left nine people dead and many injured. One interesting detail is that before the flotilla set sail, the Israeli government proposed to Turkey that it unload the flotilla’s cargo at the Israeli port of Ashdod, to be transferred to Gaza following an inspection. The activists who aimed to breach the naval blockade by directly reaching Gaza naturally turned down the proposal.

The Mavi Marmara crisis precipitated strong reactions from Turkish society and protests occurred in front of the Israeli Consulate in Istanbul for quite some time. Ankara immediately summoned Turkish Ambassador Çelikkol back to Turkey, and a year after the Mavi Marmara incident, downgraded its diplomatic ties with Israel to the level of chargé d’affaire.

Since the Mavi Marmara, Turkey has consistently presented three conditions for normalization: an apology for the incident, compensation for the Mavi Marmara victims and the lifting of the Gaza blockade. In 2013, an apology came from the Israeli PM Benjamin Netanyahu in a phone call mediated by U.S. President Barack Obama. Netanyahu and Erdoğan spoke for the first time since 2009, agreeing to normalize relations and exchange ambassadors.

During that conversation, Turkey reportedly agreed to drop legal cases against IDF officers and soldiers that were opened in the wake of the Mavi Marmara incident. In response, Netanyahu assured Erdoğan that “Israel had eased restrictions upon the movement of citizens and goods in all the Palestinian territories, including the Gaza Strip, and would continue to do so as long as the security situation remained peaceful.”

Though the diplomatic exchange of ambassadors had not materialized, negotiations continued through backdoor channels in an on-and-off manner in parallel to domestic and international developments in both countries. In the meantime, progress has been made on the details of the compensation, but the lifting of the blockade on Gaza remains a thorny issue obstructing an agreement.

The inflammatory rhetoric of Erdoğan toward Israel such as likening the Netanyahu government to Hitler or calling Zionism “a crime against humanity” has also had a negative impact on normalization efforts.

Interestingly, the two countries succeeded in insulating trade and economy from the diplomatic and military impasse. The Israeli-Turkish trade volume more than doubled between 2009 and 2014, reaching almost 6 billion dollars, even as relations were experiencing their nadir.

Fast-forward to today, and the two sides have reportedly reconciled their differences with respect to the issue of Gaza. Instead of lifting of the blockade, Turkey could assume a privileged role in sending goods and aid to Gaza via Ashdod. Israel will also allow a Turkish-German joint venture to construct an energy and desalination center in Gaza.

Although it is not officially stated as part of the negotiations, there is another proposal put forward by Israeli lawmakers about the construction of an artificial island near Gaza to be controlled by Israeli security so as to ease the naval blockade. The two sides have reportedly agreed on the compensation amount to be paid by Israel for the Mavi Marmara victims in the event they sign an agreement.

In return, Israel expects Ankara to close Hamas offices operating in Turkey. Last year, Salih Aruri, the financial head of Hamas, was expelled from the country in response to Israeli demands. The domestic political cost of cutting ties with Hamas is too high for the AK Party due to the shared ideological sympathy toward the Muslim Brotherhood, so the Turkish government has been struggling to find a middle way in terms of maintaining a distance without abandoning its ideological partner.

From a historical perspective, Turkish-Israeli relations have gone through ups and downs, and the Palestinian issue has always been a soft spot for a Muslim-majority country like Turkey.

Any true reconciliation to take place between Israel and Turkey depends on the resolution of the Israeli-Palestinian conflict. Until that day, a new flare up of a military conflict between Hamas and Israel has the potential to derail bilateral relations.

Having said this, Turkish-Israeli relations also reveal an interesting pattern. The times when Turkey is aligned with the West, or tends to grow closer to the Western alliance, coincide with the enjoyment of better ties with Israel.

Since the end of the Arab Spring, there have been efforts on the Turkish side to revise its foreign policy line; which resulted in regional isolation, dubbed “precious loneliness.” This trend can be traced back to Turkey’s decision to open its bases to anti-ISIL coalition forces.

The need to break this regional isolation has become a more pressing issue since Turkey severed its ties with Russia following Turkey’s downing of the Russian war jet in November 2015.

The two countries might have different priorities but they have similar – though not overlapping – interests with regard to Syria, Iraq, Iran and ISIL.Both sides agree that relations cannot return to the good times of the 1990s. Especially in terms of sharing intelligence and enhanced military cooperation, the two countries need time to rebuild mutual trust.

Turkey’s withdrawal of a NATO veto that enabled Israel to open office at the alliance’s headquarters was a gesture of goodwill in this respect. It is also important to note down that Israel is a promising partner for Turkey in terms of missile defense systems and the unmanned vehicles that Ankara has sought but denied access to by the U.S.

A possible reconciliation with Israel will not only deliver economic profit for both sides through the signing of energy deals, but is likely to contribute to security in the Mediterranean as well and have a positive impact on the frozen relations among Turkey, Egypt and Cyprus.

Last but not least, friendly ties with Israel would provide Turkey with the support of Israeli lobbies and thus influence U.S. decision-making.

Ankara’s perceived shift from a value-based policy toward a much more interest-based policy raises the prospects for a positive outcome from reconciliation talks this week.

But when the case is Middle Eastern politics, it is always better to stick with cautious optimism. 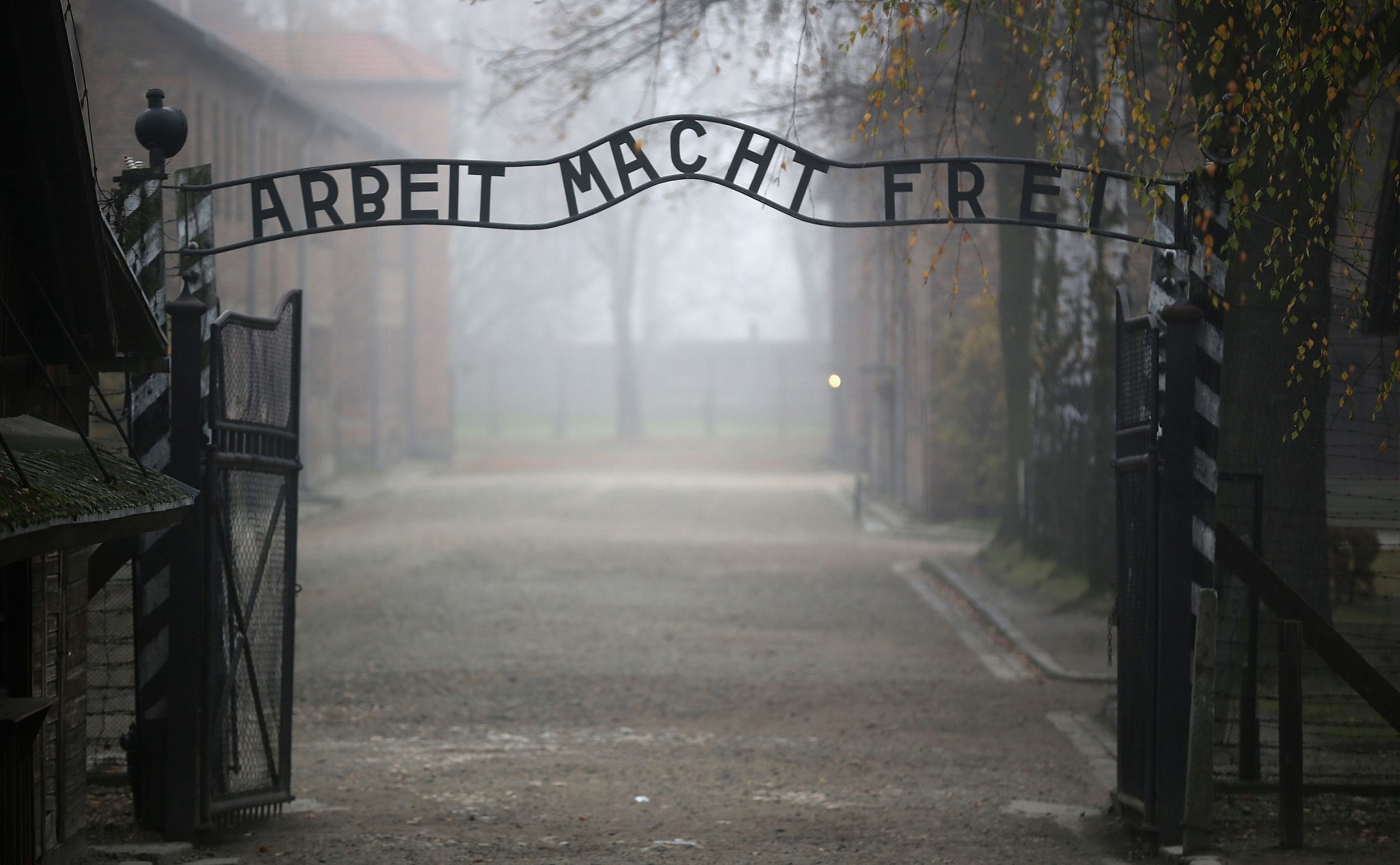 Interview with Cengiz Aktar on Turkish Civil Society and Opposition