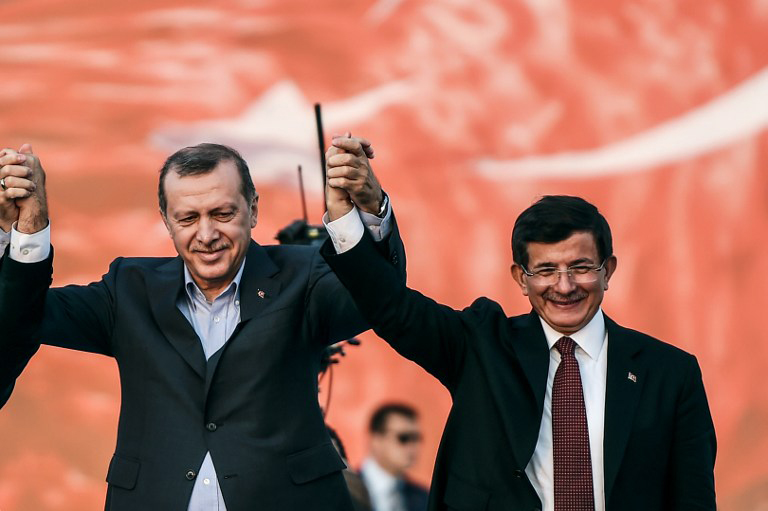 Turkish President Recep Tayyip Erdogan (L) and Turkish Prime Minister Ahmet Davutoglu (R) clasp hands during an “antiterorrism” rally in Istanbul on September 20, 2015. Over 100,000 people waving Turkish flags attended an “antiterrorism” rally in Istanbul, held as President Recep Tayyip Erdogan presses a major offensive against Kurdish rebels, AFP reporters estimated. The demonstrators thronged Yenikapi Square on the shores of the Marmara Sea for the demonstration, which was to culminate with an address by Erdogan.