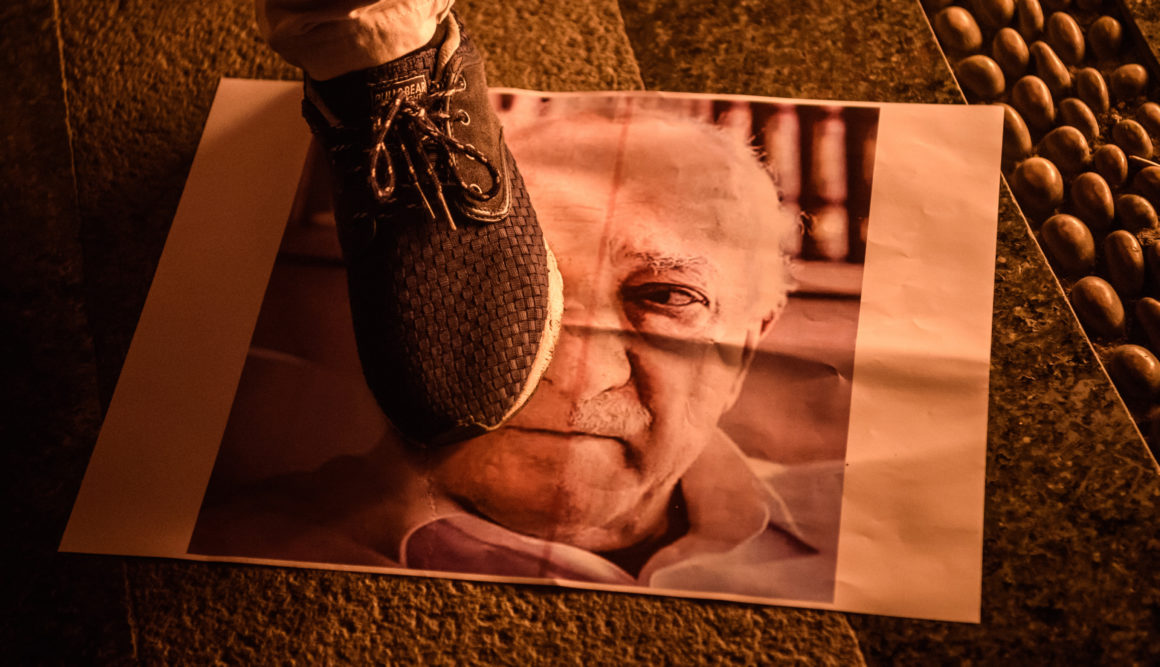 Pro-Erdogan supporter walks on a poster picturing US-based preacher Fethullah Gulen during a rally at Taksim square in Istanbul on July 18, 2016 following the military failed coup attempt of July 15.
Turkish security forces on July 18 carried out new raids against suspected plotters of the botched coup against the rule of President Recep Tayyip Erdogan, as international concern grew over the scale of the crackdown. Thousands of pro-Erdogan supporters waving Turkish flags filled the main Kizilay Square in Ankara while similar scenes were seen in Taksim Square in Istanbul, AFP photographers said. / AFP / OZAN KOSE (Photo credit should read OZAN KOSE/AFP/Getty Images)