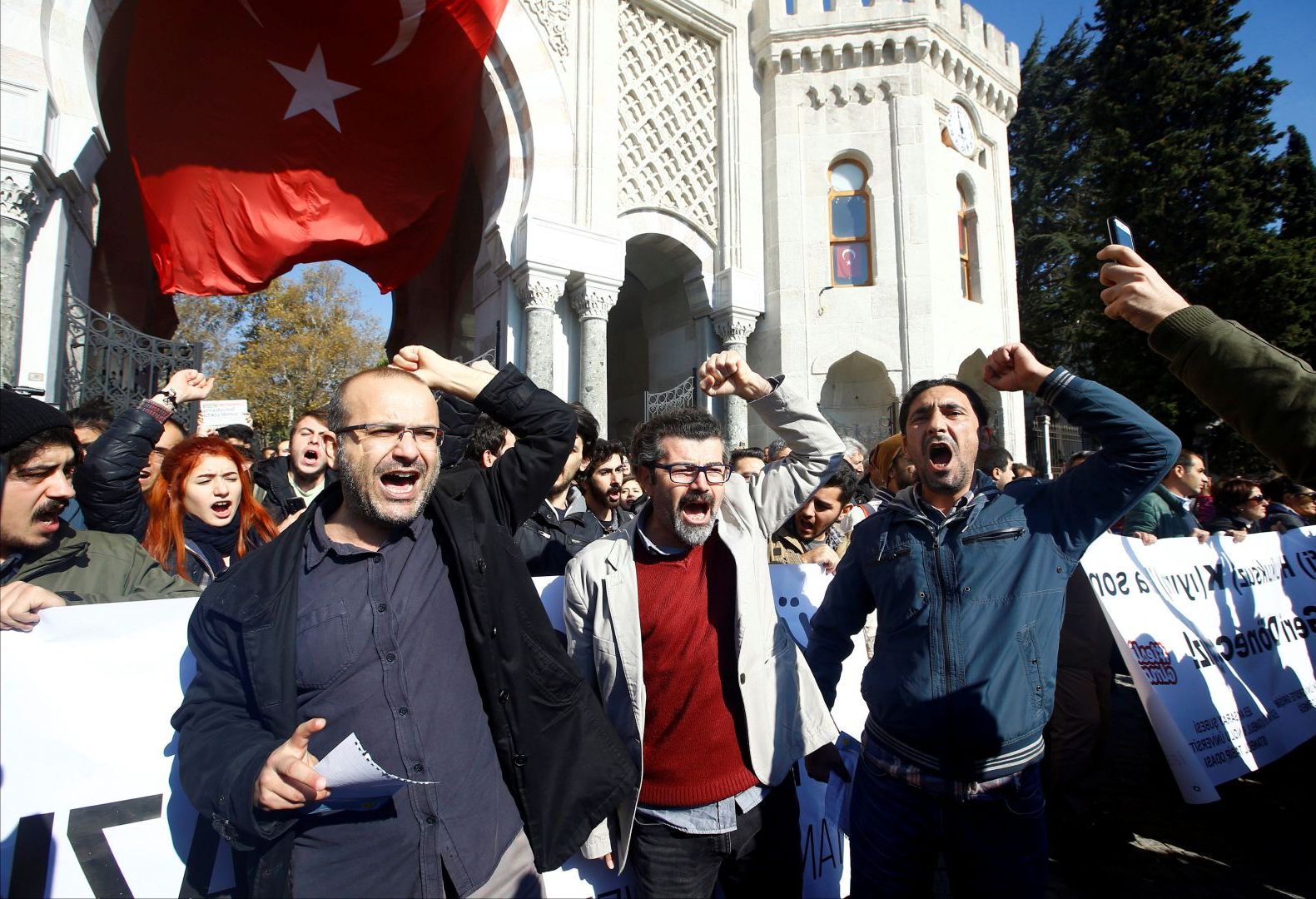 I want my job back!

This simple demand has for nearly five months turned Nuriye Gülmen’s life into horror, every single day of it. She was one of the thousands of victims of the massive purge which left the entire Turkish academia in cripples. But, she proved to be a tough cookie from day one, and now stands as the symbol of passive resistance before the relentless oppression that sweeps her country.

It was a decree that triggered the nightmare. Now known as the notorious Decree # 675, which Erdoğan’s Government had issued in the night of October 29 – ironically, Republic’s Day, thousands of academics across Turkey were sacked, citing ‘activities targeting national security and terrorism’. When the decree was issued, it was Gülmen’s second day at her new job, in Selçuk University, Konya. In fury, she began her single protests in public, standing with a placate, saying: ‘I want my job back!’ She had chosen the Human Rights Monument in Ankara, and every day ended in police custody: in a scene repeating itself like in the film, ‘Groundhog Day’, she was in minutes approached by the police, told to shut up and go, refused, continued to raise the placate and, under, often brutal circumstances tossed out into a police van.

It went on for weeks and weeks, since November 9. Later she was joined by another victim of the purge, Semih Özakça, a school teacher who, like Gülmen, was accused of being part of ‘terrorist activity’. He had heard about her, and had come all the way from the Kurdish town of Mardin, to ‘join forces’.


The vicious circle of protest-arrest-protest the day after-arrest again continued until March 9. After a other round-up that day, they said they were beginning a hunger strike, which continues to this day. Life in hunger goes on either at the monument, or behind bars, with the simple demand: ‘I want my job back’.

Not that the authorities would pay attention any consideration at all. Why would such a government, which even refuses the demands of the German government to see a jailed German journalist, do that to a poor Turkish citizen? So, it seems, that Gülmen and Özakça are in for a painfully long confrontation, as many Kurdish inmates also continue their hunger strikes in more than eight prisons in Turkey.

Let us leave this aside. In essence, what the cases of Gülmen and Özakça tell us is of people, with job qualifications, marked as ‘undesired’ for life. According to the the latest figures of the Turkish ‘cleansing’, there are 7.317 academicians sacked, along with more than 4.000 journalists. What they have in common is that they are, by the purge and arbitrary sacking, declared as ‘toxic’, never to be rehired again, banned from a decent life.

It is a brutal ‘berufsverbot’ which is ‘generously’ implemented by the government, working under President Erdoğan’s blessing, which goes right against the simple demand of Gülmen and taken as a directive by the judiciary: ‘Show absolutely no mercy!’

How the ‘berufsverbot’ mechanism works is multilayered, we have found out lately. At the epicenter, there is something called ULAKBIM. This is a network of universities and scientific reserach institutes that is also connected to the ones abroad, with the aim of contacts and publications. It operates under TUBITAK (The Technological and Scientific Research Council of Turkey), which, of course, operates under the strict control of the government that after 15 years in power, controls also all ‘autonomous’ bodies in the country.

We have been told, by some news reports last week, that the directorate of ULAKBIM sent out a communique to all the scientific journals in Turkey, telling them clearly, this: As you know, there has been many removals of personnel due to some decrees, and I urge you strongly that whoever is part of editorial staff, or part of the board, or people in similar should be investigated on whether or not they have been removed or sacked by the decrees, and be subjected to sanctions. If not, this issue will be entirely your responsibility.’ Without a doubt, this is equal to expanding the purge to many privately owned journals, and strip qualified – but demonized – scientists off from an income and career. This one goes beyond the public sphere, and intervenes in the freedom of science.

‘This one resembles the practices that we know from totalitarian regimes’ wrote Ahmet Insel, a political scientist from Istanbul.

‘It looks exactly like how people, who have not committed any crime, but seen as suspects for some reason by the regime, are not necessarily thrown into prison, but are isolated in the society.’

I asked Dr Nil Mutluer, one of the persecuted academicians who due to oppression in Turkey had to move to Humboldt University – now as a Philipp Schwartz Fellow – to comment on ‘berufsverbot’.

Here is what she told me:

”Academics have been targeted by the AKP long before the July 15th, 2016 coup attempt.  Stigmatization of the academics started on January 2016 immediately after ‘academics for peace’ demanded the AKP to cease ‘its unlawful and violent policies which are totally against human rights and local and international law in the Kurdish region’. And it has continued since the coup attempt on July 2016.”

”With the recent decrees academicians not only lost their jobs but also the possibility of finding any means of subsisting in life. For instance, one of my colleagues who were put in one of those decree lists told me that it will not be possible for them to find any legal job as nobody wants to put such stigmatized people in their paylist.”

”With such a policy, academics as well as anybody else, listed in decrees, have to face turning into a ‘walking dead’, as  phrased by a well-known pro-government pundit.”

”Purge of academicians surely has an effect on the lives of academics but, it will also have an effect on the younger generations who have no other choice but to be raised in an authoritarian environment which has no place for critical thinking and free expression.”

So, in a sense, ‘I want my job back!’ goes hand in hand with ‘I want my right to disagree with you!’

This is the direction the path of oppression leads. You are minimized to your basic demands: to live, breathe, think, in dignity. It is the basic nutrition of dictatorships.

And, as the cases of Gülmen, Özakça and thousands of other well-educated work force shows, as ULAKBIM communique makes clear, Turkey under Erdoğan’s iron rule, presents to us all such symptoms, loud and clear. 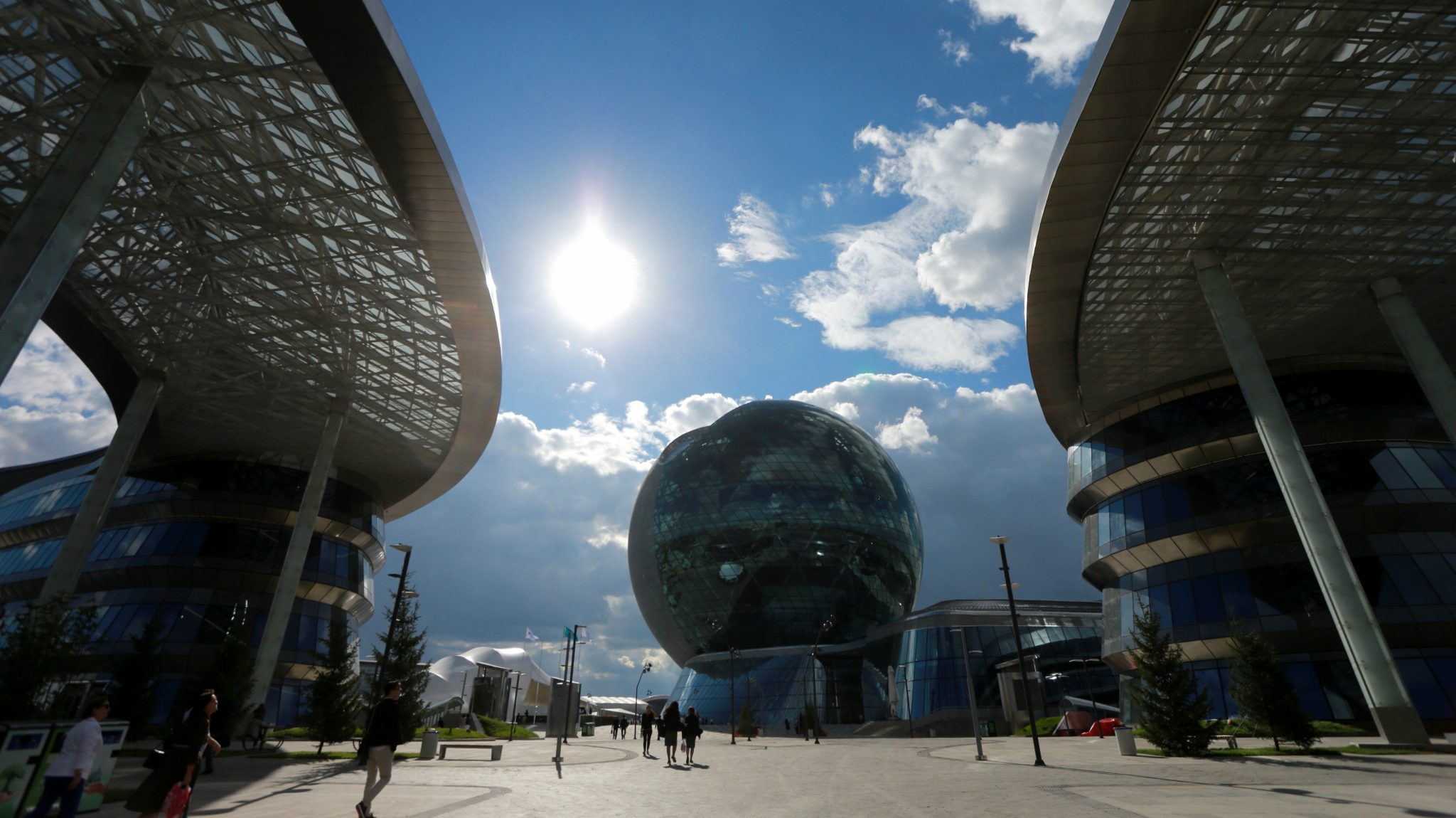 Kazakhstan at the Crossroads 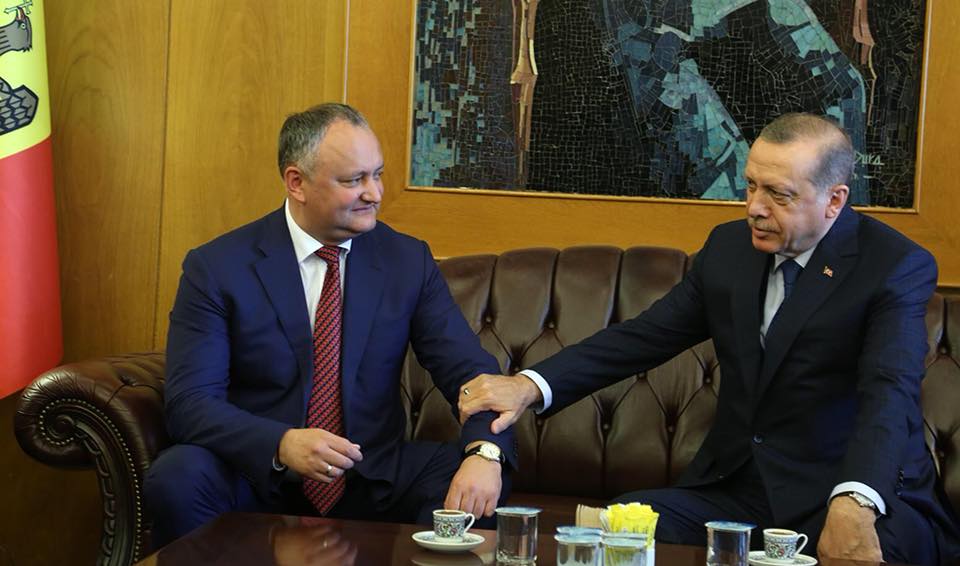