As part of our Vocal Cast series supported by Science 14, we have talked to Henri Malosse, former President of European Economic and Social Committee (EESC) and Honorary Chairman of Vocal Europe. Among many relevant issues, we have talked about, populism in Europe, migration, Brexit future of Europe. the relations with countries such as Russia, Iran, Israel and many more.

Hello, this is Carey Bennington from Vocal Europe. Today in Vocal Cast I am very pleased to be joined by Henri Malosse, former President of the European Economic and Social Committee, and Honourary Chairman of Vocal Europe. We are here today to talk about the recent European election results and what they might mean for the future of Europe. Hello!

Carey Bennington: I’d like to start off by asking, are you surprised by the outcome of these elections?

Henri Malosse: Yes and no. I would say that what surprised me the most is that there were no real surprises in this election. If you see the results in the 28 member states, apart from the special case of the UK, where we can say that the result was very impressive in the sense of the victory of both anti and pro-Brexit at the same time, with other countries there is a more national result Europe-wide. I mean that you cannot see a real European trend in this election, except maybe the increase of the Green parties, with some exceptions.

This varies between 10 and 15%, 20% maximum, but globally, in main countries like France, Germany, Italy, Poland, Hungary, and maybe Spain, it’s more linked with national circumstance, where you can see for example in Spain, the socialist party is quite popular, or in Italy, Lega, in France, Rassemblement National and Mr Macron’s party. So you see, there is more focus on national questions than on Europe. It’s not a real surprise, although we can regret this.

Carey Bennington: So, in a lot of countries there has been a strong popularity for far-right groups. What do you think this will mean for the future of Europe?

Henri Malosse: I would say I will object to that, because if you compare with the last election, you could see that this is true for Italy, if you can call Lega and extremist group, or right-wing. That is not the case for other countries, you see in the example of Denmark, where the right wing party had very heavy losses, as well as Austria, for obvious reasons of the corruption scandal. So what we can call populist, or far-right, gained something like 23% of seats in the European Parliament, which is a lot, but which is not a majority.

I think it’s very difficult to make global the overview of these last elections. I will insist on what I will call the fragmentation of European votes. When you look at the new European Parliament after the election, you will see that it’s much more divided than it was. The right and left are more or less similar. If you call the Greens left, there are a little more seats for the left than for the right, so despite all predications, at the end of the day we don’t see a big difference from the previous parliament, and we see a bigger fragmentation, and a bigger impact on national circumstance than European-wide. This is maybe the little surprise that we can see.

Carey Bennington: Thank you. Mr Malosse, how likely are we to see the prioritisation of environmental issues, considering that there is a wide variety of stances represented in the new EU Parliament?

Henri Malosse: I would say that the pure ecologist movement, the Greens, have increased by 1/3 of their seats, I think with 69 seats, which represents less than 10%. So, I don’t think their influence will be much bigger than it was in the previous parliament. At the same time you see that each party, including from the far-right, have integrated ecology into their presentation because we know that there is this sensibility among the population. But unfortunately, I don’t think that this new parliament will understand, will integrate the necessity of urgency in the ecological problem and I fear that we’d see the alliance between technology  and the lobbyists, and the majority of the lobby, the biggest lobbys are not in favour of a more ecological policy because they are the multinationals.

I will not expect, unfortunately, in my view, that the next European Parliament, will be much more pro-ecology than it was in the past, which I deeply regret, because I think that the urgency in ecology could be the new goal, where we could unify the European citizens. I think that we still can do that within civil society, but I’m not sure the European Parliament will be the driving force for that.

Carey Bennington: Are there any front-runners to become the new Presidents of the Commission and the Council, and are there any particular issues that those people would be more likely to address?

Henri Malosse: My impression is that, if you see the official candidates that we have today, or the unofficial, it is for me a bit of a disappointment that I don’t see any new faces, because.. if my compatriot Mr Michel Barnier is new face, he is a new face for the last 20 or 30 years. And concerning Mr Timmermans and Mrs Vestager actual commissioners, they have a responsibility in the actual management, I will say bad management, of the Commission. Mr Weber is maybe not so know, he is more of a newcomer, although he was the President of the EPP group in the EU parliament, so I don’t see any new faces, and I don’t see any real wind of change.

In all the persons, and as you know there is a game between all the political groups, and the main political groups now in the European Parliament now are first of all EPP, secondly the Socialists, and thirdly the ALDE group, so I mentioned the name of candidates which belong to these groups, and most probably you’ll have a share of responsibility because we’ll have five main jobs to be allocated in the European Institutions in the next month – not just the Commission, but the European Council, but the European Parliament, but the High Representative for External Affairs, and the new President of the European Central Bank.

So be assured that there will be a balance between these three main political groups and with some personalities including the person I mentioned, but we could have the name of Mrs Grybauskaitė, and the president of Lithuania will be replaced after the election, with Charles Michel, the current but soon former present of Belgium, so you will see, I don’t expect any big change of the policies conducted by the European Institutions, because we will have almost the same personalities as we have had in the last decade, which I consider as not a positive, and I would like to see more new faces, real new faces. These are not.

Henri Malosse: Unfortunately not, and I would like too, because I think there are two [matters of] urgency at the European level, in my view. The first one is the unify the European citizens, and for that we need a common goal. So I mentioned ecology, which I think is something which can unify, including the young people. For example in my country, in France, we know that the majority of young people voted for the Green party, or for Marine Le Pen, so we need something to unify the people.

And the second urgency is the democratic urgency. We need more democracy. We need to give more voice to the citizens initiative, to respect their identity, and for this aspect, I don’t see any personalities presenting in the European Council for these various positions to be the person able to bring this double message of ecological urgency as the goal, the target where we could unify the citizens, and secondly to give more voice to the citizens. These, in my view, should be the two main goals, or mandates for the new EU institution, newly built European Parliament, Commission, Council, and the others. I would like to see new faces for that, and I don’t see them.

Carey Bennington: How do you think external relations will be affected, for example with regards to Russia, Israel, or the Iran nuclear deal?

Henri Malosse: I think that we will have to move, and to change our position, not because of internal configuration because as I mentioned, I see a big fragmentation, so it’s very difficult to have a common position, but because of external pressure, because we are living in a very dangerous world with very arrogant and aggressive position of our neighbours and other powers in the world, not just Mr Trump, not just Mr Erdogan, not just in Russia, which is in conflict with Ukraine and with the European Union, for good or bad reasons, but also China.

China is, in my view, the most aggressive power which threatens the European Union, and threatens from inside by buying infrastructure, by investing in the people, in financing some political parties in Europe. And I think facing this threat, we will probably have to make some choices. Should we follow Mr Trump and any of his various moves? We see there is quite a big danger of a crisis situation with Iran. I don’t think so, but this will be a big challenge. Should we continue to block any discussion with Russia, or talks? I don’t think it’s wise.

The situation of Ukraine and the occupation of Crimea is not acceptable, but at the same time Russia is part of Europe and we should conduct talks. Should be accept being so friendly with China? Yesterday was the anniversary of the Tiananmen Square massacre where thousands had been killed, it was the 4th June, and we see that Mr Trump and his administration made a statement. From the European Union – nothing, zero, nada. It was totally silent. When Mr Xi Jinping comes here: red carpet, and we open our arms and our ports and our trade, so I hope there will be some change for that, but it Europe continues to be so weak facing all these neighbours, as I mentioned, from Trump to Erdogan, from Erdogan to Xi Jinping. I’m afraid that the European Union’s external position will be weakened.

Carey Bennington: And what impact will these results have on the enlargement process with regards to the Western Balkans?

Henri Malosse: I think the European Union is still in crisis. The Brexit question is not solved. We have so many internal problems. This fragmentation of this political situation in the European Union doesn’t allow us, in my view, unfortunately, that there are further steps in the integration process of the Balkan countries, which I deeply regret, but I fear that in the next four-five years nothing really concrete will happen concerning the process. We’ll continue to keep the ongoing talks, ongoing promises with Serbia, North Macedonia, Albania and all the others, but I don’t expect any quick moves as long as the European Union has not solved its internal goals and its internal difficulties which, I repeat are the lack of common targets that could unify the citizens and lack of democracy.

Carey Bennington: Mr Malosse, thank you so much for letting us come and talk to you today and for providing your insight into Europe’s future. 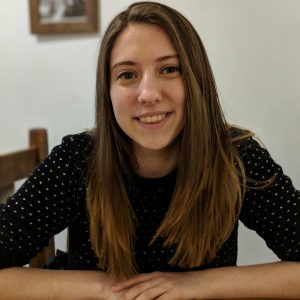 Carey Bennington is an editing associate at Vocal Europe. Originally from Oxfordshire, Carey studies at the University of Exeter and she is interested in European history, and literature. 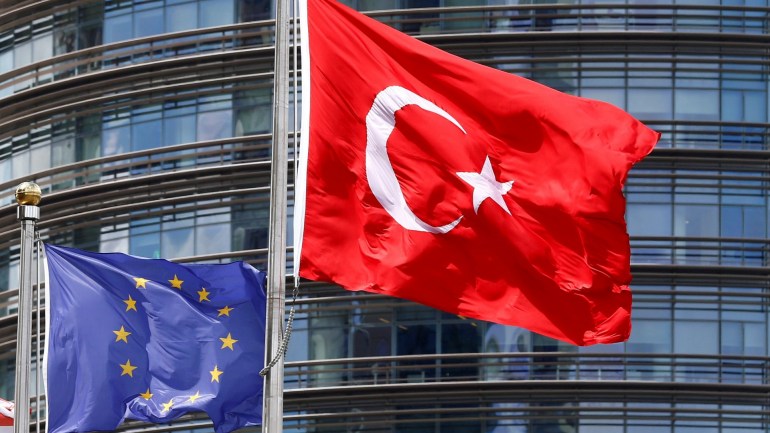 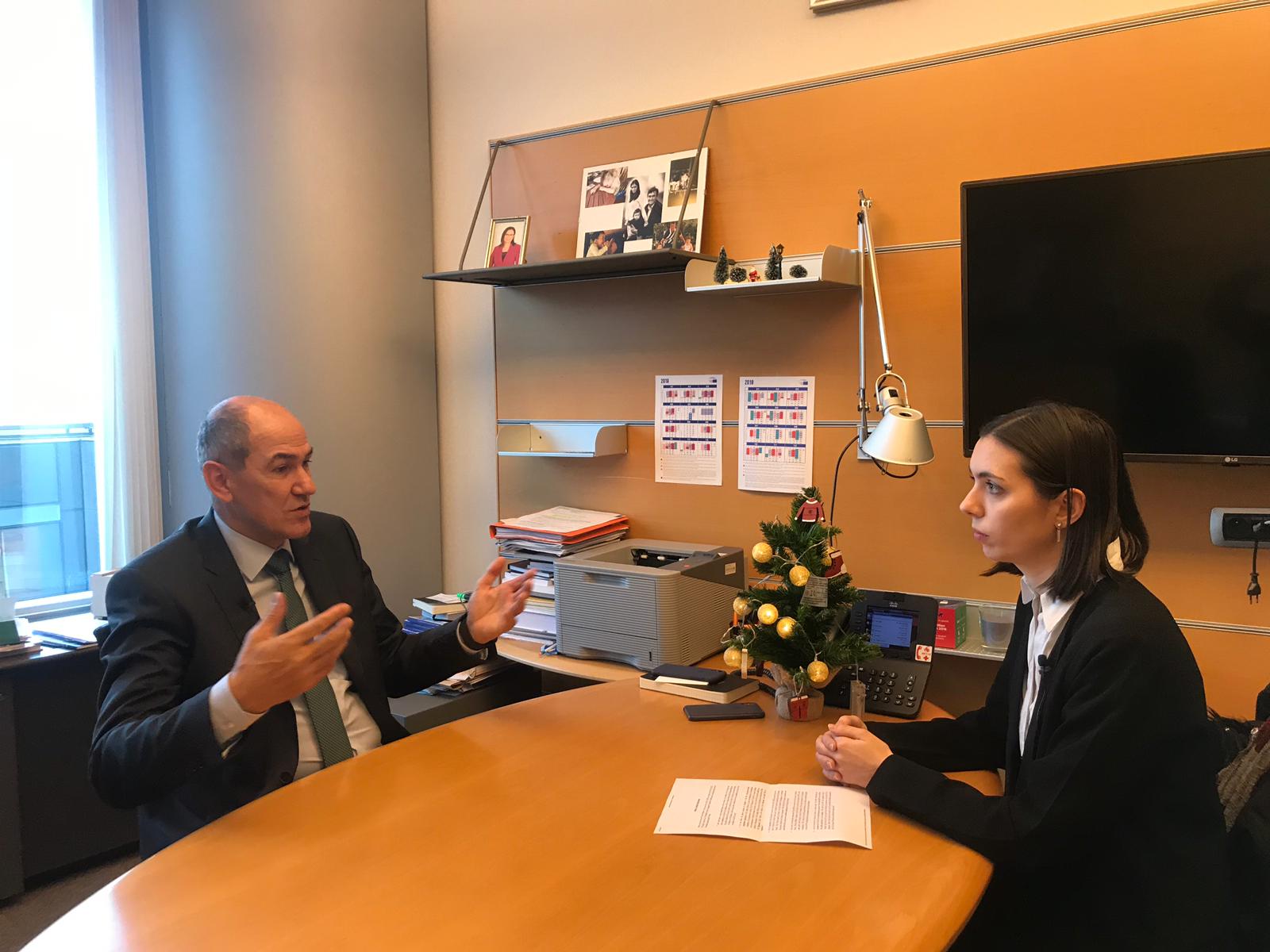