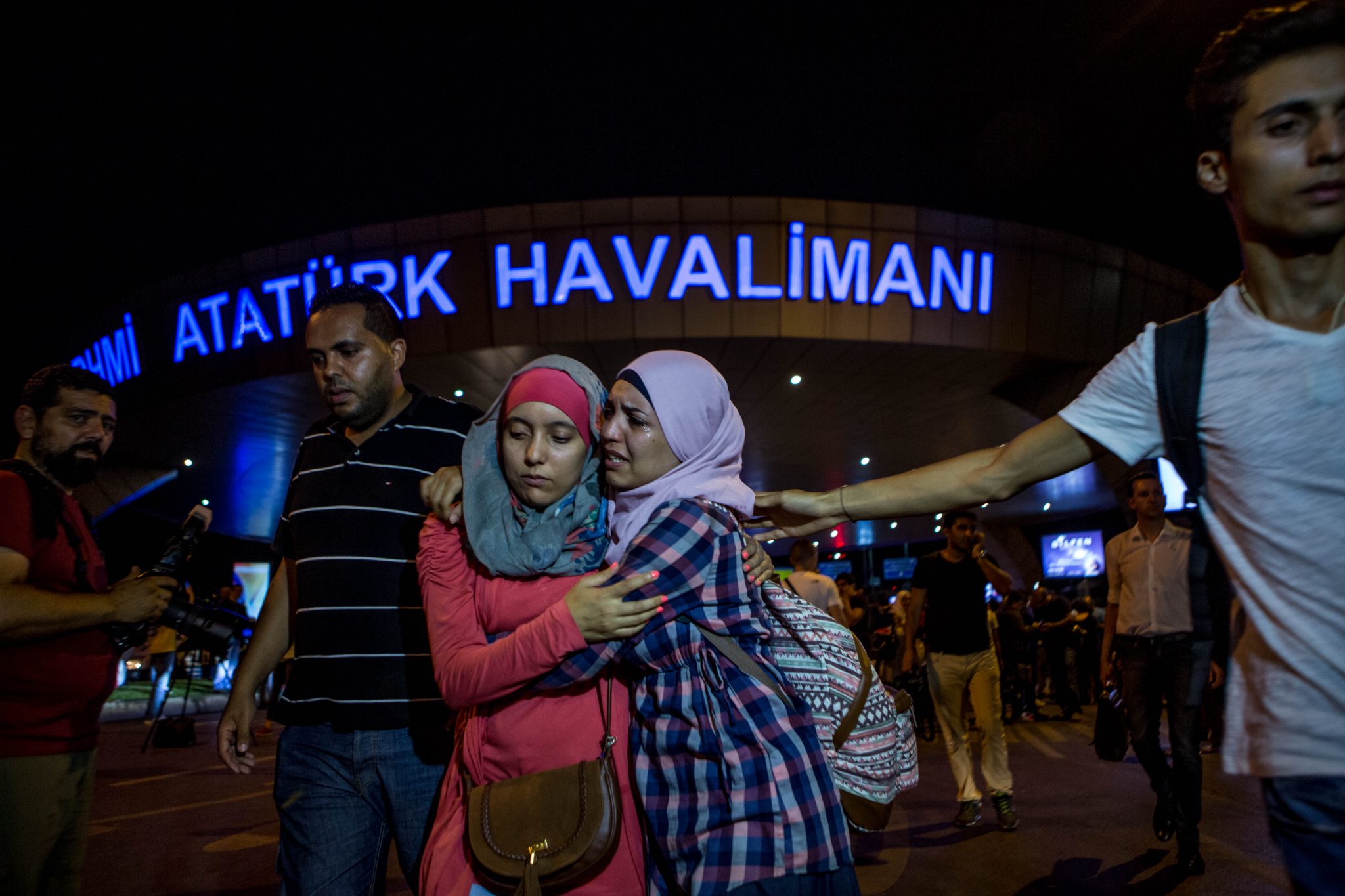 ISTANBUL, TURKEY – JUNE 29: Passengers leave Istanbul Ataturk, Turkey’s largest airport, after a suicide bomb attack in the early hours of June 29, 2016, Istanbul, Turkey. Three suicide bombers opened fire before blowing themselves up at the entrance to the main international airport in Istanbul, killing at least 28 people and wounding at least 60 people according to Istanbul governor Vasip Sahin. (Photo by Defne Karadeniz/Getty Images)