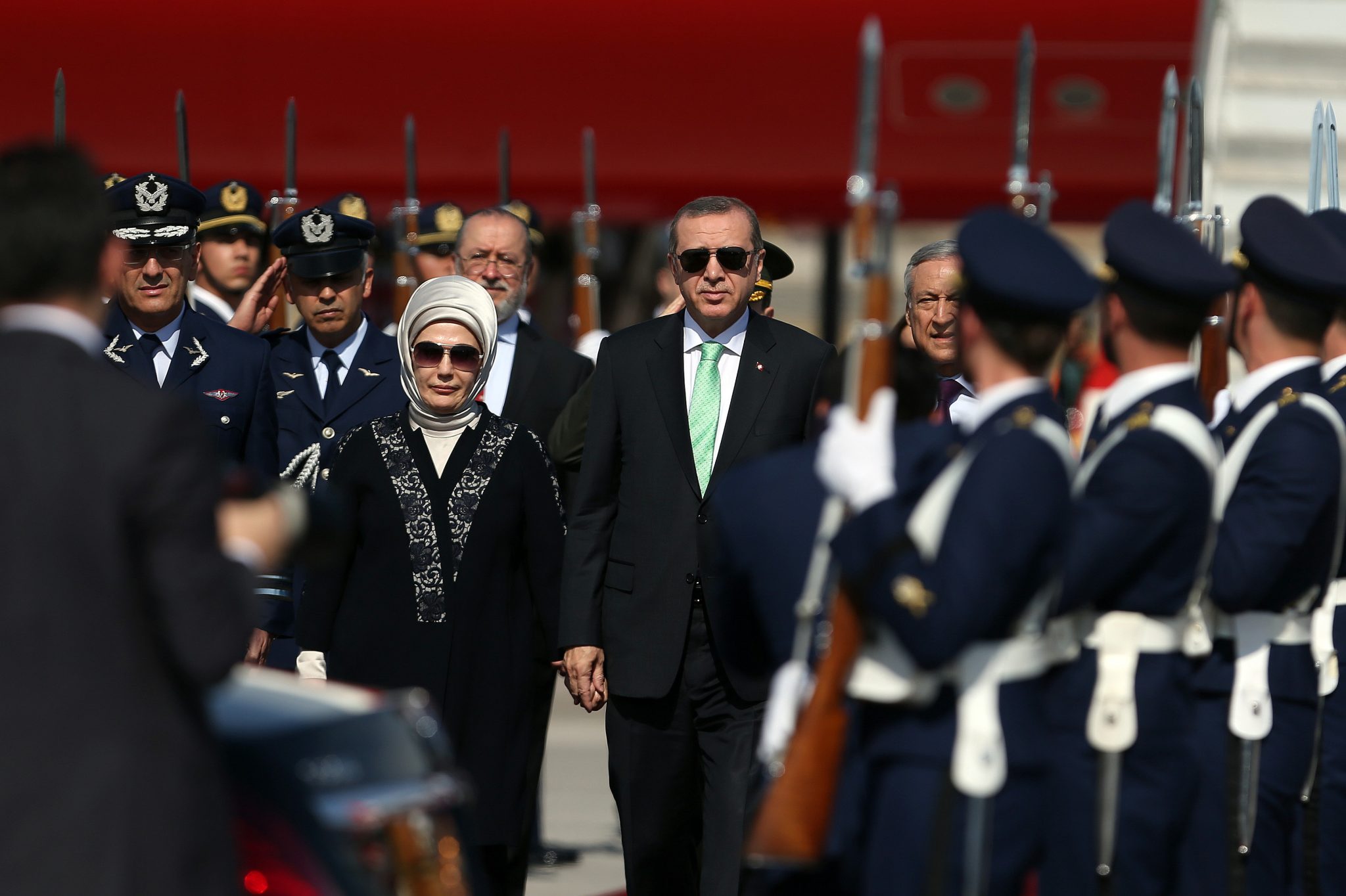 Early this morning, we the deeply concerned, woke up to yet another nightmare. After the closure of 16 Kurdish media outlets on Saturday, it was daily Cumhuriyet’s turn to be raided; its staff being taken away by the police.

Here are the details of the news:

Turkish police have detained the editor-in-chief of daily Cumhuriyet and at least four other journalists, the newspaper reported early on Oct. 31. At least 14 warrants have been issued for the newspaper’s journalists and executives.  Editor-in-Chief Murat Sabuncu was detained while authorities also raided the houses of Executive Board Chairman Akın Atalay, advisor Kadri Gürsel, and columnist Aydın Engin and Hikmet Çetinkaya, state-run Anadolu Agency said.

In addition to arrests, Cumhuriyet said, athat the journalists taken to custody have been banned from meeting with lawyers for five days. The journalists are accused of aiding and abetting the Gülenist movement and the PKK. Istanbul Chief Prosecutor’s Office issued a statement saying the probes were launched on charges, “committing crimes on behalf of the Fethullahist Terror Organization (FETÖ) and the PKK , without membership of those’.

The files were ‘classified’, the office of the prosecutor added.

The daily also said the home of caricaturist Musa Kart, who is also the subject of a detention warrant, was currently being searched.

Authorities sent out a notice to apprehend Atalay because he is currently overseas. A similar notice was issued for former Editor-in-Chief Can Dündar, who went abroad following a conviction in a case related to the alleged transfer of weapons by Turkey’s intelligence services to rebels in Syria.

A great majority of those whose detentions were sought are members of the Cumhuriyet Foundation’s Executive Board. 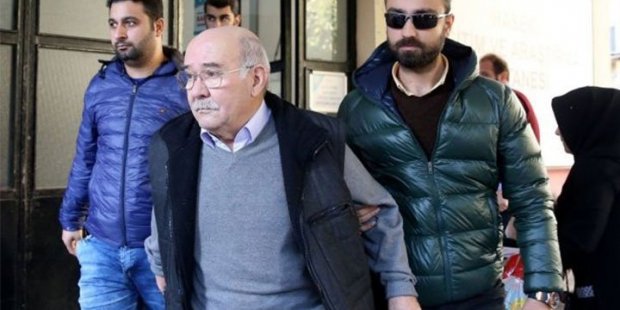 Cumhuriyet’s name was coined by Mustafa Kemal Atatürk, and it was operational since 1924, which makes it as old as the republic, and identical with the very tenets of the republican order. Its history was marked by a fierce fight for democracy and human rights, and during the military regime after 1980 coup, it was shut down several times, its editors and columnists jailed. The raid followed the severe resolution by the European Parliament last week, demanding the restoration of media freedom and the release of 133 journalists in prison. It came two days after the massive internet blockage in the mainly southeastern provinces and closure of at least 15 Kurdish news outlets.The raid targeting Cumhuriyet – one of the oldest, independent newspapers in Turkey – has a strong symbolique and various consequences.

Today’s massive operation is a final blow to journalism in Turkey. It is now expected that Cumhuriyet will be run by a government-appointed trustee, and its editorial line be changed to a pro-Erdoğan publication. With one of the bastions of independent journalism gone, there are now only three critical outlets left in Turkey’s devastated media domain: Dailies Evrensel and Birgün, and the main-opposition affiliated Halk TV:

Everything reminds of the march of fascism, almost by the history books, as Turkey is rapidly falling under a total eclipse of authoritarian rule; where the justice is non-existent.

It all reminds of an American movie. The final pleas have been in no vain, and it is time for the execution of the sentenced. As the prison guards prepare the person for the electric chair, a crowd outside, in despair, holds a vigil in favor of the right to live. But they do know that nothing will help to stop what seems inevitable.

This is, more or less, what we have been watching, the drama of the entire Turkey out in the open, as it turns into a place where the injustice is the norm, a flood of human rights violations which, when it sweeps through the nation, takes along everything on its way into a vortex of agony. 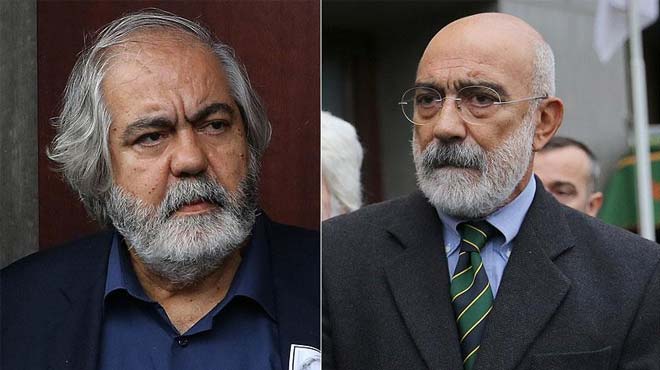 It was on Wednesday last week when the the European Parliament, meeting in Strasbourg, pledged support for 133 Turkish journalists behind bars, warning Ankara not to use the July 15 failed military coup as an excuse “to stifle legitimate and peaceful opposition.” In a motion passed with all party support on 27 October, parliament called for the freeing of all those being held “without compelling evidence of criminal activity”– a list which included “well-known journalists such as Nazli Ilicak, Sahin Alpay, Asli Erdogan, Murat Aksoy, Ahmet Altan and Mehmet Altan.” The use of pre-trial detention should be used only in exceptional circumstances, the resolution read. It also referred to co-editors-in-chief Bilir Kaya and Inan Kizilkaya of the closed daily Özgür Gündem and to claims that both men suffered torture.

A joint resolution is a powerful statement per se. Yet, like the crowd outside the prison, most of the deputies knew it was to no avail; that theirs was a scream into the dark void. And, perhaps as expected to those realists – like myself – who have been watching the tremendous reversal of ‘normalisation’, the ruling AKP ignored the calls. As if it was not disappointing enough, only after 72 hours, exacty on the Republic Day, President Erdoğan’s tightly controlled AKP government issued two more decrees, one of which, numbered # 675 – you guessed it – shut down 15 Kurdish media outlets – the remnant of the media, which was under dire circumstances able to cover the events in the Southeastern provinces of Turkey.

Before issuing the decrees, the authorities had cut the internet and GSM operations in 11 provinces, as two co-mayors of Diyarbakır were arrested – to be detained on Sunday evening, raising the tension even further.

‘In another move set to anger President Tayyip Erdogan’s opponents, the ability of universities to elect their own rectors was also abolished. Erdogan will from now on directly appoint the rectors from the candidates nominated by the High Educational Board (YOK)’ reported Reuters:

‘Thousands more academics, teachers, health workers, prison guards and forensics experts were among the latest to be removed from their posts through two new executive decrees published on the Official Gazette late on Saturday.”

The decrees mean an extension of the sackings from the public service, departments and related official branches. Roughly 11.000 people lost their jobs in the new sweep. Those purged now are 105,097.

It was the decree # 676 which included a long list of the sacked, from the judiciary (2.534 people) but also from schools and the academia. Out of the 2.219 teachers who were fired, more than half belonged to the leftist unions.

In a separate list, 1.267 academicians were dismissed with immediate effect.

Among them are Prof Eser Karakaş – whose wife, Işıl Karakaş, is a judge at the European Court of Human Rights in Strasbourg – and Prof Mehmet Altan, who is in jail for his opinion columns in more than a month. With these, those academicians who are without a job has reached 6.337.

The decrees leave little doubt for Turkey’s negotiating partner, the European Union, and its ally, the U.S.A., which direction President Erdoğan decisively takes the country.

With the coup attempt as apparent pretext for a wide-scale clampdown, it is now the entire leftist, secular, liberal and ethnic Kurdish dissent and opposition that is targeted, with severest of measures.

(Meanwhile the real background and circumstances of the coup attempt after 3.5 months are still kept in the dark, the AKP unable – or unwilling – to produce mininal hard evidence on those who led it, and orchestrated it. Here is the analysis.)

For any doubts left about the dark abyss Turkey is being dragged into, it is sufficient to look into the details of the new decree # 676, restricting the operations of the defence lawyers taking the cases of those charged with ‘terror’. Their meetings with clients will be limited to 24 hours, and if found ‘necessary’ they may be banned from the meeting in up to 6 months.

The talks between the lawyers and the accused will be monitored by the state officials and recorded in its entirety. The authorities will be empowered to confiscate the material. If a lawyer leaves the trial in protest, the case will continue in absentia, not disrupted.

These measures, which bring Turkey closer down to the standards of the most oppressive states in the world, may have come as no surprise. In severeal speeches, Erdoğan had said that, in particular about what he called ‘FETÖ’ (‘Fethullahist Terror Organisation’) cases, and the cases of putchists and the PKK, ‘there are no innocent, nor underdogs’; that ‘a terrorist needs no trial’.

For all those roughly 35.000 jailed since July 15, the circumstances are utterly murky. There are already clear signs of torture and ill-treatment in police cells and prisons.

The 43-page report by the Human Rights Watch, “A Blank Check: Turkey’s Post-Coup Suspension of Safeguards Against Torture,” documents how the weakening of safeguards through decrees adopted under the state of emergency has negatively affected police detention conditions and the rights of detainees.

There are other reports under way, and the gap between the UN and the AKP government increases as the latter denies access for the human rights delegations to the prisons.

Aware that his words count as definite verdicts, Erdoğan keeps the pressure over Turkish Parliament to pass a resolution, bringing back the capital punishment. In reality, there is enough majority in the legislative to vote it through. The Council of Europe has now realized the gravity of the rhetoric, and issued a call for Ankara to drop the subject. Yet, there is no reason to assume that it will be.

Turgut Kazan, a veteran lawyer, known for his fight for rule of law since early 1960’s recently declared that ‘there is no longer a legal order in Turkey’.

Ergin Cinmen, who has been a lawyer over four decades, said in a recent interview:

‘I see absoultely no light at the end of the tunnel. This is the issue. There is an incredible amount of uncertainty. A blind flight, which is bound to a clash. Those involved in doing this to us have, I am sure, no idea what they serve. The political authority, prosecutors, judges, all do immense harm to this country. The rule of law can not be destroyed more than this.’

The European Parliament has now with the latest two decrees have received a kind of response to its pro-democracy efforts and calls, that Ankara is now determined to ignore fully the EU and its bodies. One question is, of course, what will happen this year with the regular ‘Progress Report’ that the EU Commission issues on Turkey.

It is already overdue, and cynics are busy proposing that the title should be reversed to ‘Regress Report’.

The bitter fact is, that the tension between Ankara and both the EU and the Council of Europe approaches a boiling point. From realistic point of view, a ‘radical rupture’ in relations seems not a distant option.

The question is, when will the EU wake up from the dream and see eye to eye with the reality of Turkey. How compatible is the human rights collapse and the sacrifice with the fundamental values of the union?

What is the plan?

*Yavuz Baydar is the co-founder of Platform for Independent Journalism (P24), an initiative to support and promote editorial independence in the Turkish press. He is a veteran Turkish columnist and blogger and was awarded the Special Award of the European Press Prize in 2014. 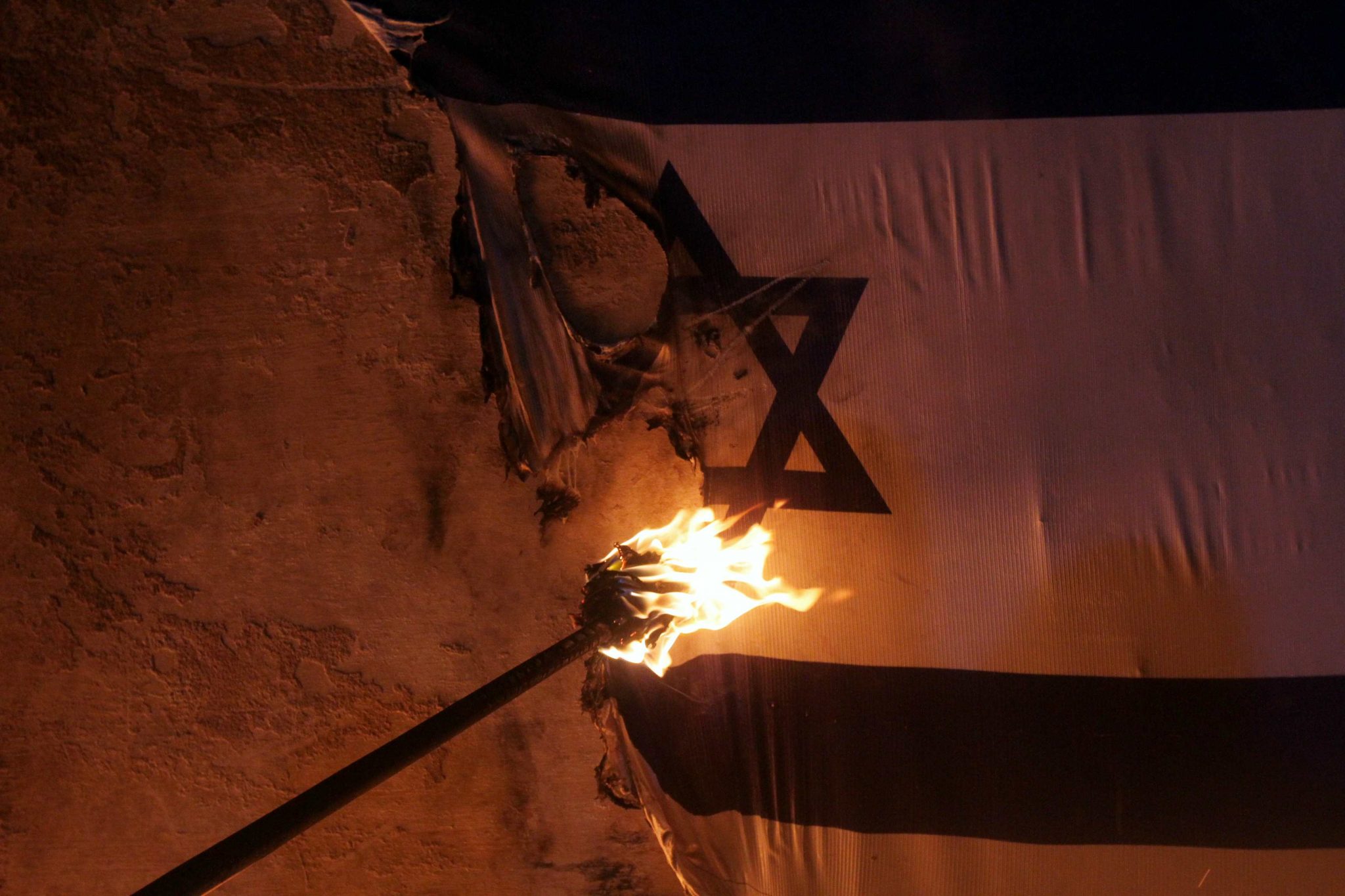 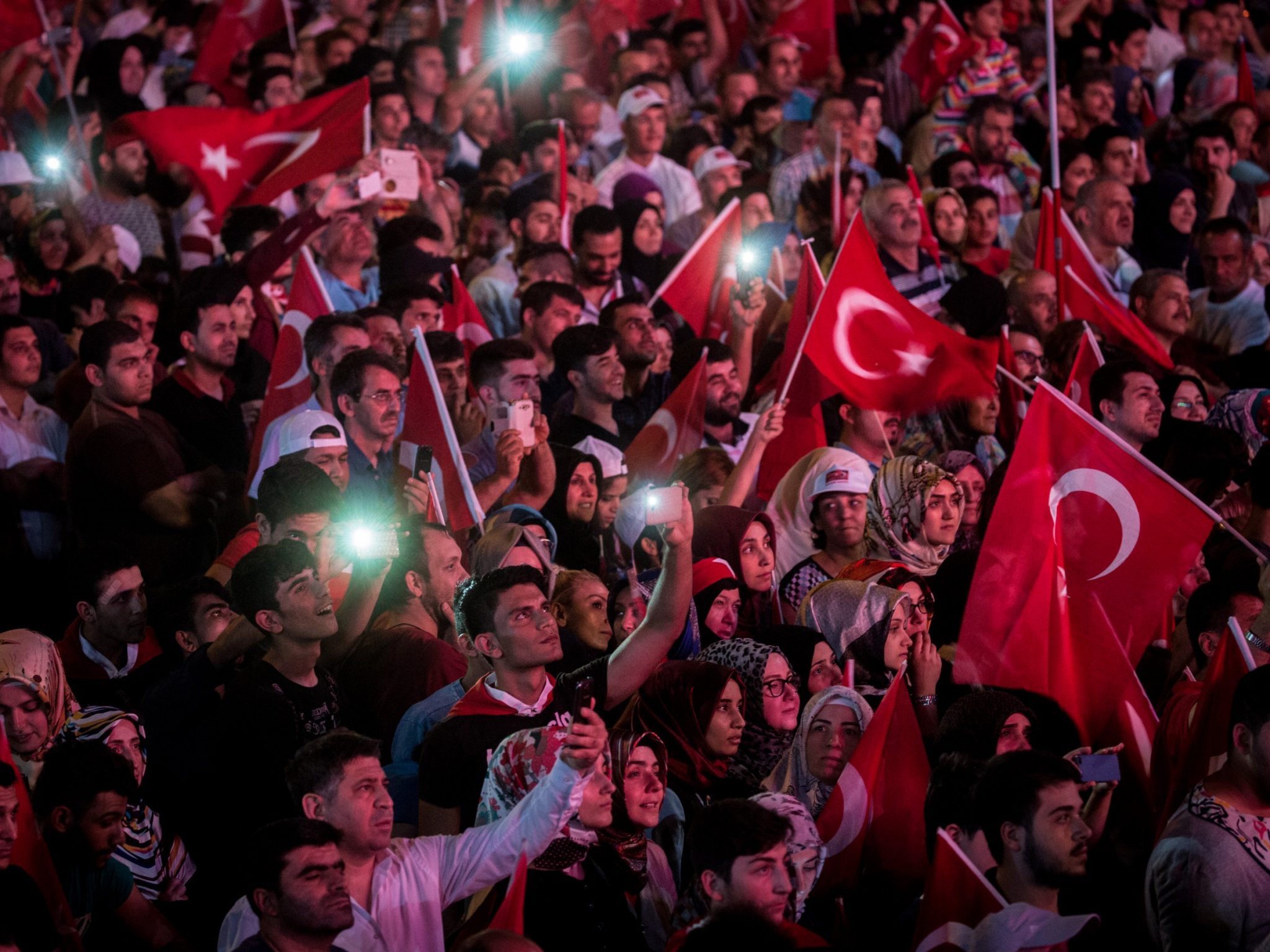 Turkey’s plunge into despotic nightmare: A nation loses its mind in a whirlwind