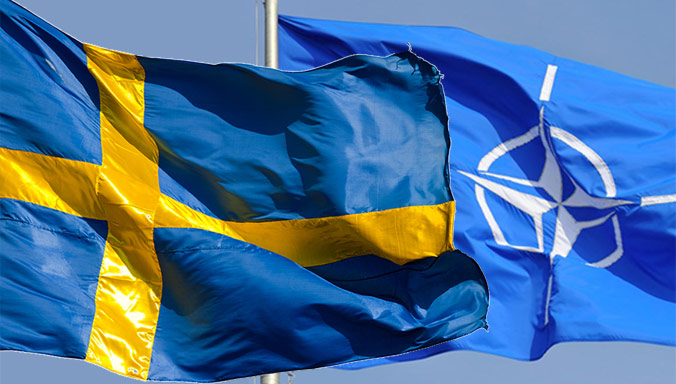 Vocal Europe: Anti-establishment populism in Europe is undeniably on the rise. From Brexit, to French far-right Marine Le Pen, and to Wilders Party of Freedom in Netherlands where rejection of old orthodoxies, political elites and institutions is proving a powerful appeal. Do you think that the growing populist wave in Europe will have an impact on NATO? If yes, how?

HE Håkan Malmqvist: Probably to a lesser degree than in the EU context. And, this is because of a more one-dimensional and comprehensible agenda. NATO is not expected to deliver on a manifold of political demands from various member states. Its core task remains defensive: protecting Europe and North America from war through deterrence, unity and predictability. Hitherto NATO has been quite successful in doing so and the added value of this particular alliance has therefore been obvious to most people in the member states. Thus NATO as an institution has not been targeted to a great extent. Having said this, it remains to be seen what the policy of the new US administration, once it is fully established, will mean for transatlantic relations.

Vocal Europe: The newly elected US President Donald Trump was skeptical about an “obsolete” NATO and in particular any US commitment to protect members which fail to contribute what he considers adequately to their own defense. What is your take on that? Will we see different and more independent defense initiatives by the EU member states?

HE Håkan Malmqvist: My impression, not being a member but representing a partner country to NATO, is that the Defense Investment Pledge (for reaching 2% of GDP by 2024) subscribed to by member states at the Wales Summit, has led to a shift in what was then a clear downwards trend. The pledge, strongly pushed by the Obama administration, meant putting a political price on continued budget cuts among the 28. I think it’s fair to say that it has turned things around, albeit not at the pace the new US administration would wish for. I am confident that the upwards trend will continue, due to political peer pressure but also triggered by a more volatile security situation. I noted that both Vice President Pence and Secretary of Defense, Mattis, during their recent visits to NATO had a very clear message to Allies on the need for plans, commitments and timelines for the Defense Pledge implementation. In the end I am confident that we will see a continued strong US engagement in Europe and NATO. It will benefit our mutual interests.

Vocal Europe: EU foreign and defense ministers on 6 March 2017 agreed to create a joint command center named Planning and Conduct Capability (MPCC) for the bloc’s military missions, a step towards more EU cooperation on security and defense. What is Sweden’s position on that? Do you think that this is a very first step towards the establishment of an EU army in the future?

HE Håkan Malmqvist: This is still very much work in progress. The EU as a whole needs to take a greater responsibility for its own security and Sweden will do its part and engage constructively in the on-going discussions. One interesting aspect is of course the plan for closer co-operation between NATO and the EU.

Vocal Europe: NATO and Ukraine accuse Russia of providing troops and weapons to support separatist rebels in the country’s east in a conflict that has killed 10,000 people since April 2014. In that regard, there is also a great concern that Trump administration may withdraw support for the sanctions against Russia and that could turn a chain reaction where Greece, Italy and other EU members may also withdraw support. Do you also consider such a risk? If yes, what can be done in that regard?

HE Håkan Malmqvist: Let’s be clear about the sanctions – they form part of international reactions to the Russian aggression against Ukraine and the illegal annexation of Crimea. They are guided by principles and values and the desire to safeguard international law and the European security order. The sanctions have negative consequences for economies also in some EU member states but so far the EU has shown an impressive unity in upholding its policy, which is, as you know, related to the Minsk Agreement and its full implementation. I won’t speculate on the future US policy on Russia, just underline the strong interest that I think all European countries together with the US and Canada have in upholding the principles for European Security. An alternative which, one way or the other, opens up for the right of the stronger would pose a major threat to sustainable peace in Europe, as would a “grand bargain” on dividing Europe into new spheres of interest.

Vocal Europe: Referring to the attempted coup in July last year in Turkey, Turkish authorities underlined multiple times that NATO was behind the coup. As a part of the ongoing crackdown in the military, large numbers of pro-NATO military staff have been dismissed from their positions in Turkish army and replaced with Russia-friendly military personas. As a matter of fact, NATO raised concerns that Turkey’s response to the failed coup weakened NATO. What is your take on the ongoing purge in Turkish military? Do you think that the dismissals of thousands of pro-NATO generals open ways for further Russian influence in Turkish military?

HE Håkan Malmqvist: I cannot speak for NATO members. It is clear to me though that both EU and NATO have a strategic interest to engage with Turkey. My country has been among the most supportive in pursuing the dialogue with Turkey on closer relations to the EU. At the same time we have been clear on expressing our concerns about negative developments in the country related to human rights, respect for the rule of law, the situation for the opposition and the media. In doing so, we must also acknowledge the challenges now facing Turkey both politically, militarily and through migration flows.

*Håkan Malmqvist is  Ambassador of Sweden to NATO since September 2014. Ambassador Malmqvist holds a degree in political science from the University of Linkoping and joined the Swedish Foreign Service in 1984. He was born on November 26, 1952, and is married to Mrs. Jenny Lennung Malmqvist. They have two sons.

Monday Talk with Human Rights Commissioner of the Council of Europe