The elections are approaching. On 23-26 May 2019, the citizens of the European Union will be called to vote for their representatives in the European Parliament. The elections take place every five years, where 751 MEPs have been elected since 1979.

Because of Brexit, instead, the next year’s elections will see 705 MEPs sitting in Brussels and Strasbourg’s hemicycle. The EP now consists of eight political parties, in addition to the MEPs not affiliated with any groups. The allocation of seats to each Member State is based, as usual, on the principle of degressive proportionality.

Turnout, populism, and the Spitzenkandidat debate

With only seven months to go, the EU is facing a number of challenges and debates both at the European level and regarding its relation with the continent’s citizens, and within the EP in itself.

First, turnout seems to be in decline. According to the Eurobarometer survey of last April, half of European citizens do not feel interested in the elections. The election turnout in 2014 was already at its lowest level in history.

Second, Eurosceptic populist movements are increasing at an alarming rate and gaining electoral support in many of the EU’s member states. The anti-establishment wave does not seem to be receding but has reached its peak.

From Matteo Salvini’s League, which is now part of Italy’s governing coalition, to Marine Le Pen’s National Front (now renamed the National Rally), Poland’s Law and Justice party, and finally Victor Orbán’s Fidesz party, these anti-EU movements have gained a foothold in half of the EP’s political groups. The wide electoral appraisals received by these parties at the national level represent threats from within the EU itself and an increasing risk for its existence, as Eurosceptic groups by nature are against the endurance of the Union.

Third, the EU is still to resolve the long existing accusations of a lack of democratic legitimacy. In the Eurobarometer survey, half of the respondents said they perceive the Spitzenkandidat process as a positive feature for European democracy, and that such a process would make them more likely to participate in the elections. This process was first implemented in 2014 in order to grant more legitimacy to the choice of the President of the European Commission.

According to the system, political parties are to choose their leader, i.e. their candidate for the post, and present him or her at the elections. Contestants have been coming forward in the past months, with the EPP’s Manfred Weber being the first to announce his candidacy on 5 September, followed by the S&D’s Maroš  Šefčovič on 17 September, and finally by the EPP’s Alexander Stubb on 2 October.

The process thus seems to be working as more and more parties are playing along and presenting candidates. PES’s Frans Timmermans also seems to be close to announcing his candidacy. Both ALDE’s Commissioner Margrethe Vestager and the S&D’s Commissioner Pierre Moscovici announced on 2 and 3 October respectively that they will not run due to a lack of support in their home countries (Denmark and France respectively).

Lastly, although Michel Barnier was considered as the most likely to become the next Commission President according to an April 2018 VoteWatch EU survey, the odds have decreased dramatically in the recent months. As he is serving as Chief Negotiator for Brexit since December 2016, his duties would most likely prevent him from starting a prospective campaign.

On the one hand, the system is far from being an official procedure, as French President Emmanuel Macron, Vestager and other leaders have expressed their opposition to the “threat” of the Spitzenkandidat process, which would mean an “automatically linkage” between the Commission and the EP elections. 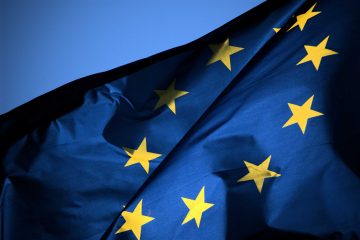 EU elections: what remains to be known before 2019

Bartolome T. Carvajal
Inside Europe
The European Union is at a turning point, and 2019 will be the major benchmark in this process. If it all goes according to planned, the UK will leave the EU in March, and two months later, the European… Be More Curious…

On the other hand, the EP has said it is ready to reject any candidate who has not been nominated as a “lead candidate” by the party. Four parties (EPP, Greens, PES, and ALDE) will elect their candidates between November and February 2019. According to the Spitzenkandidat procedure, the leader of the party who will get the most seats in May 2019 should be chosen by the European Council as the President of the Commission.

In the end, despite the controversies, it is unlikely that the system will be rejected outright in the face of everlasting accusation of low transparency and democratic accountability of the Commission.

Apart from the problems the EU is dealing with as a whole and in relation to its electorate, there are also issues and debates within the Parliament itself.

The candidacy of Stubb as a Spitzenkandidat is not without its share of problems within the EPP and can be seen as a new threat to the status quo of the group. The party is now facing a split between supporters of Stubb and Weber, party leader for four years and tacitly backed by Merkel, who represents the previous generation. Stubb has instead expressed his willingness to defend European values against the modern threats, he is active on social media and is able to reach out to the younger generation (what he refers to as “Generation X”).

Indeed, he seems to be attempting a more centrist approach to European politics, similar to Macron’s style, in contrast to Weber’s positioning as a center-right candidate. Moreover, Stubb has already had experience in countering a populist anti-immigrant party at home in Finland, the Eurosceptic Finns party, although it put an end to Stubb’s mandate as Finnish PM in the 2015 elections. Lastly, a Finnish candidate might be more welcomed by other Member States in order to counter the dominance of Germany and the “usual” big Member States over EU institutions.

At the same time the EPP is mired in a debate about the membership of Hungarian PM Orbán’s party Fidesz in the EPP, which has recently taken a hard-right direction and has started to be seen as another threat for the integrity of the EPP. The triggering of Article 7 of the Treaty on the EU has only heated discussions about a possible expulsion of the party from the EPP, creating yet another fault line in the EP’s most supported political party. The deepening of the splits within a political family is the last thing any group would want leading up to election season.

Lastly, the dominance of the EPP is at stake. Politico EU’s projections still predict the EPP as coming first place in the elections, but the many internal and external challenges and a possible anti-EU coalition are likely to lead to a victory of only around 180 seats compared to the 218 currently belonging to the EPP.

However, these potentially lost seats are not necessarily going to be taken by S&D or other mainstream parties. After May 2019, we will likely observe a radical change in this composition of the EPP’s parties. According to a PoliticoEU projection, at least 50 seats are going to be assigned to “new parties”, of which 20 solely will go to Emmanuel Macron’s group, La République En Marche.

Macron is currently at the heart of the debate and the speculation regarding where he will position himself and his party within the EP. Many have referred to a willingness of the French President to create a “progressive coalition.” The debate around Macron is creating a new dynamic within the Parliament, around a figure who is presenting himself to the institution in a brand-new way.

The possibility of an alliance with the ALDE group was also put on the table, and this concretized on 10 October. The speculations were confirmed as Macron and ALDE’s Dutch PM Mark Rutte reached a tentative agreement to unite En Marche and ALDE. The alliance is seen as a joint venture rather than a single, new political group. The coalition is thus presenting itself as another, new upcoming threat to the dominance of the EPP.

Talks about alliances between parties have persisted not only between Macron and ALDE, but also between Salvini, Orbán and Le Pen. Last August, Salvini and Orbán launched an anti-immigration manifesto aimed at next year’s elections. On the launch of Le Pen and Salvini’s  EP election campaign on 8 October, Le Pen said that the EU “has become a totalitarian system” and that next May will see the “emergence of a Europe of nations.”

Speculation about a possible alliance between GUE/NGL and S&D has been dismissed by GUE/NDL’s Chair Gabi Zimmer, recently interviewed by Vocal Europe.

The end of traditional politics

Concerning the issues Europeans consider while voting, the above-mentioned Eurobarometer survey reports that almost half of Europeans mention the fight against terrorism as the topic they care about the most, followed by youth unemployment, immigration, economy and growth. European political parties will have to be able to provide answers to these needs during their campaigns.

In the end, the political landscape in the EU seems to already be in the eye of the storm half a year before the storm itself. A concrete pro-EU, or “progressive”, block was yet to materialize within the EU to counter the anti-EU coalition that is taking shape. New parties and pan-European movements are making their way in, only confirming theories about the fall of traditional politics and the rise of populist, grassroots and social movements.

These pan-European movements challenge mainstream political parties, such as the EPP, in that they are more able to address major pan-European issues such as terrorism, migration, and unemployment, and to mobilize their supporters on such matters in a transnational way. The EPP might still end up being the lead party in the EP, but will have to face increasingly popular Eurosceptic forces and demands, and independent actors such as Macron’s new party.

Indeed, the recently formed alliance between Macron and ALDE might be a strong catalyst of change. On 10 October, an official close to Rutte said that the new team seeks “to create the second biggest force in the European Parliament”, posing a threat not only to the conservatives but also to the populist movements. Perhaps, Macron and ALDE’s alliance will reveal to be the pro-EU block the EU has been waiting for.

The European elections of May 2019 will place the EU at a crossroads for the future of the continent. And we have only seven months to go.