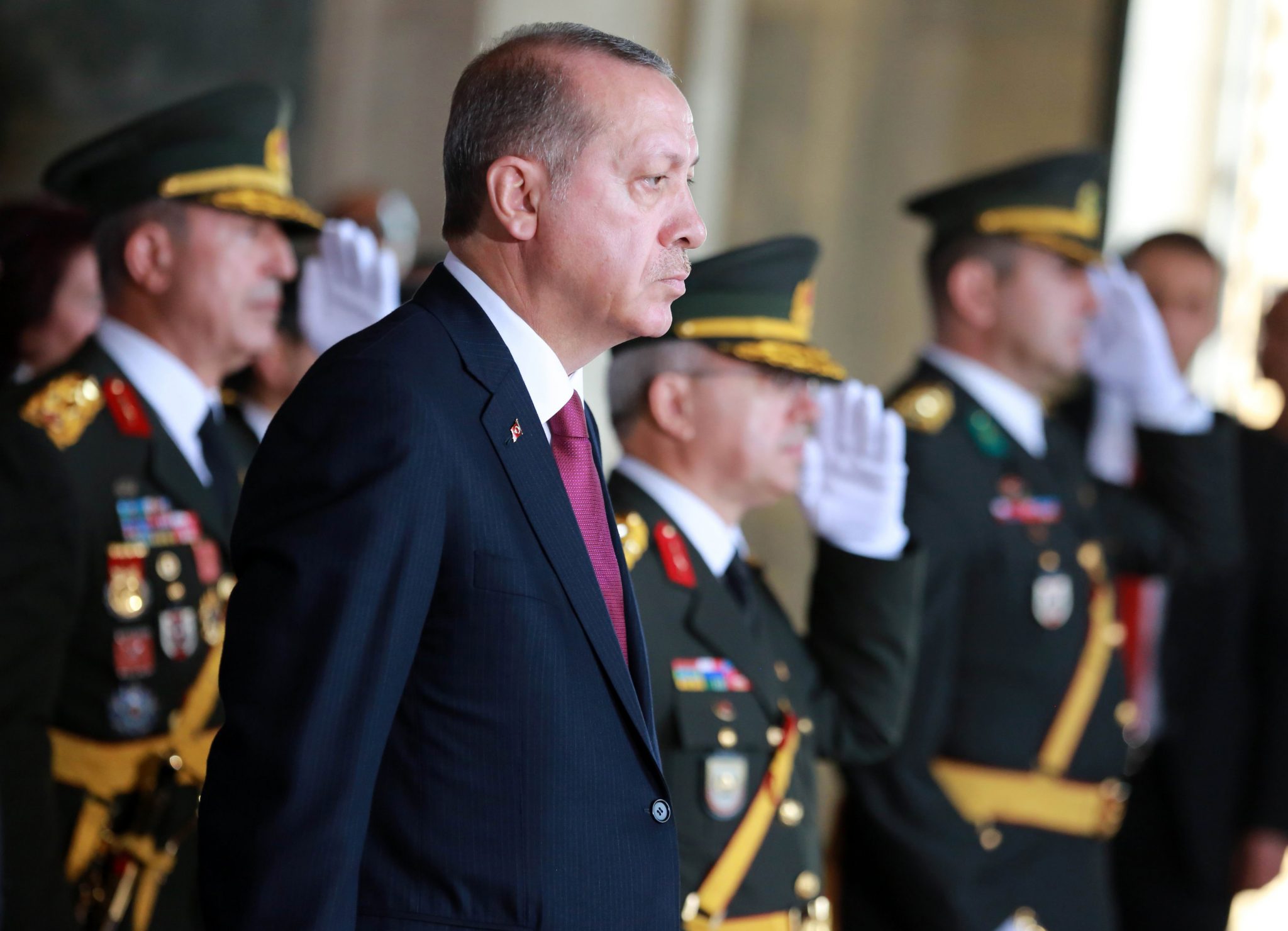 Turkish President Recep Tayyip Erdogan looks on during a ceremony at the Ataturk Mausoleum to mark 94th anniversary of Turkeys Victory Day in Ankara on August 30, 2016.
Turkish authorities arrested an editor from the leading Hurriyet daily on August 30, continuing a sweep of the media triggered by last month’s failed coup, the newspaper said. / AFP / ADEM ALTAN (Photo credit should read ADEM ALTAN/AFP/Getty Images)