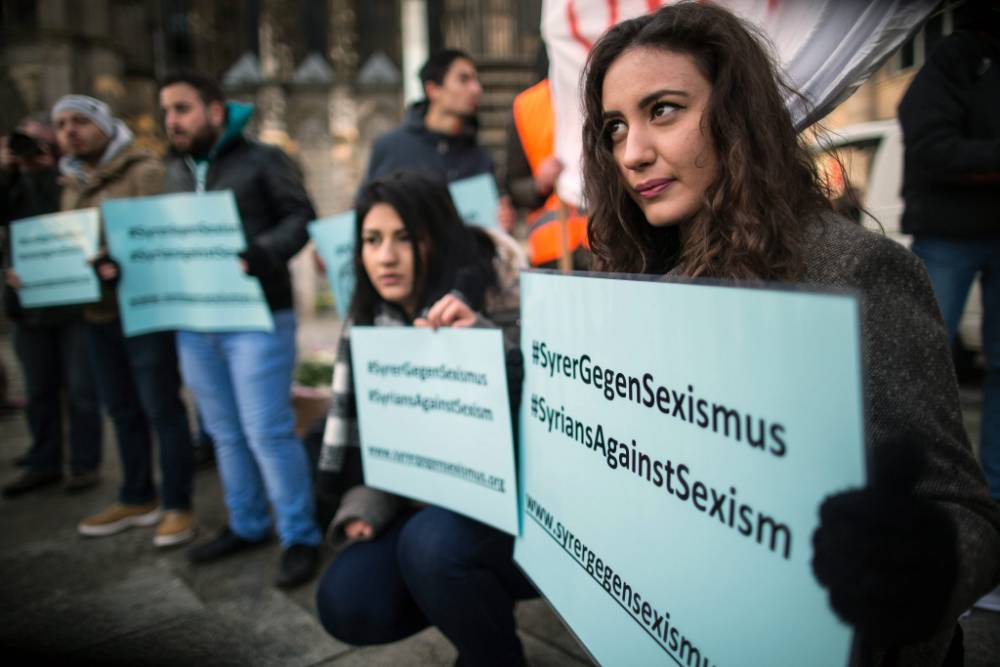 epa05105358 A woman from Syria protests during the demonstration ‘Syrian refugees say no to the Cologne assaults!’ in Cologne, Germany, 16 January 2016. According to police reports, numerous women were sexually harassed and robbed in the throng in front of Cologne central station on New Year’s Eve. EPA/MAJA HITIJ