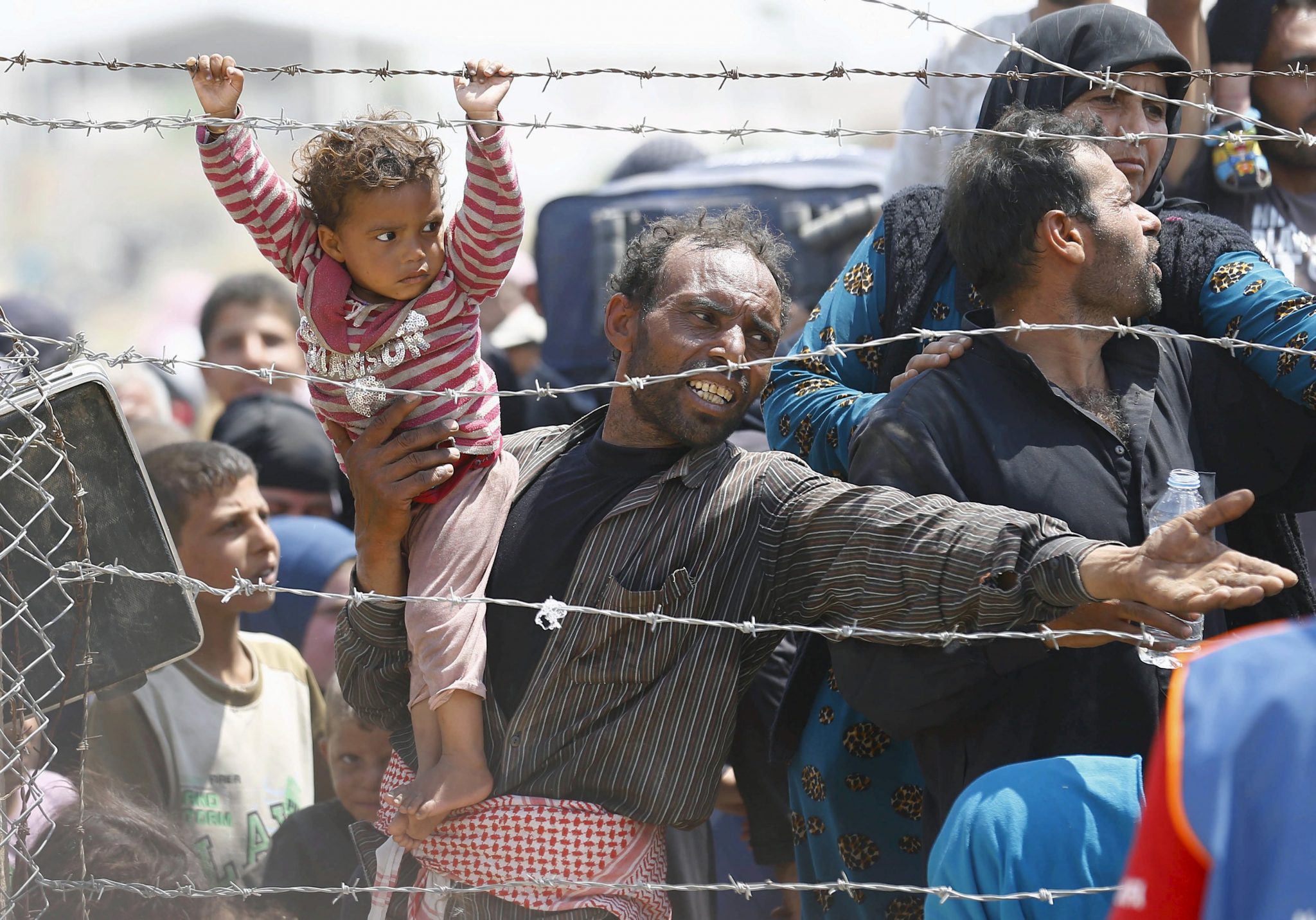 A Syrian refugee holds onto his daughter as he waits to cross into Turkey at Akcakale border gate in Sanliurfa province, Turkey, June 15, 2015.REUTERS/Umit Bektas TPX IMAGES OF THE DAY
Umit Bektas: The man in the picture was gesturing to all of us on the other side of the barbed wire, asking the soldiers, officials and media for help. He was far from the only one: countless people were begging to be let across the border. These refugees had rushed from the town of Tel Abiad because they were expecting fighting between Isis and Kurdish forces.
Take us in, were dying here, I heard someone say.
The baby girl in his arms looked terrified. She was so young but there was something in her eyes  it seemed like she knew what was going on. She wasnt crying, even though she was hanging on to the barbed wire, also in spite of the heat, the shouting and chaos around her. There she was with her big eyes, looking out. It appeared to me that was in shock.
A few minutes after I took this photo the Turkish officials and military allowed these people to cross the border into Turkey. They arrived dehydrated, desperate to drink water and cool down.
There was a complete lack of facilities: no water, no toilets, no shade, no buildings at all. When I captured this image it was midday and the heat was intense, at more than 30 degrees Celsius. NGOs and soldiers had started to throw bottles of water across but it was obvious that there wasnt enough to go round.
There are tens of thousands of children who are suffering like the girl in this image – she is just one of them.
– RTX1GQAC