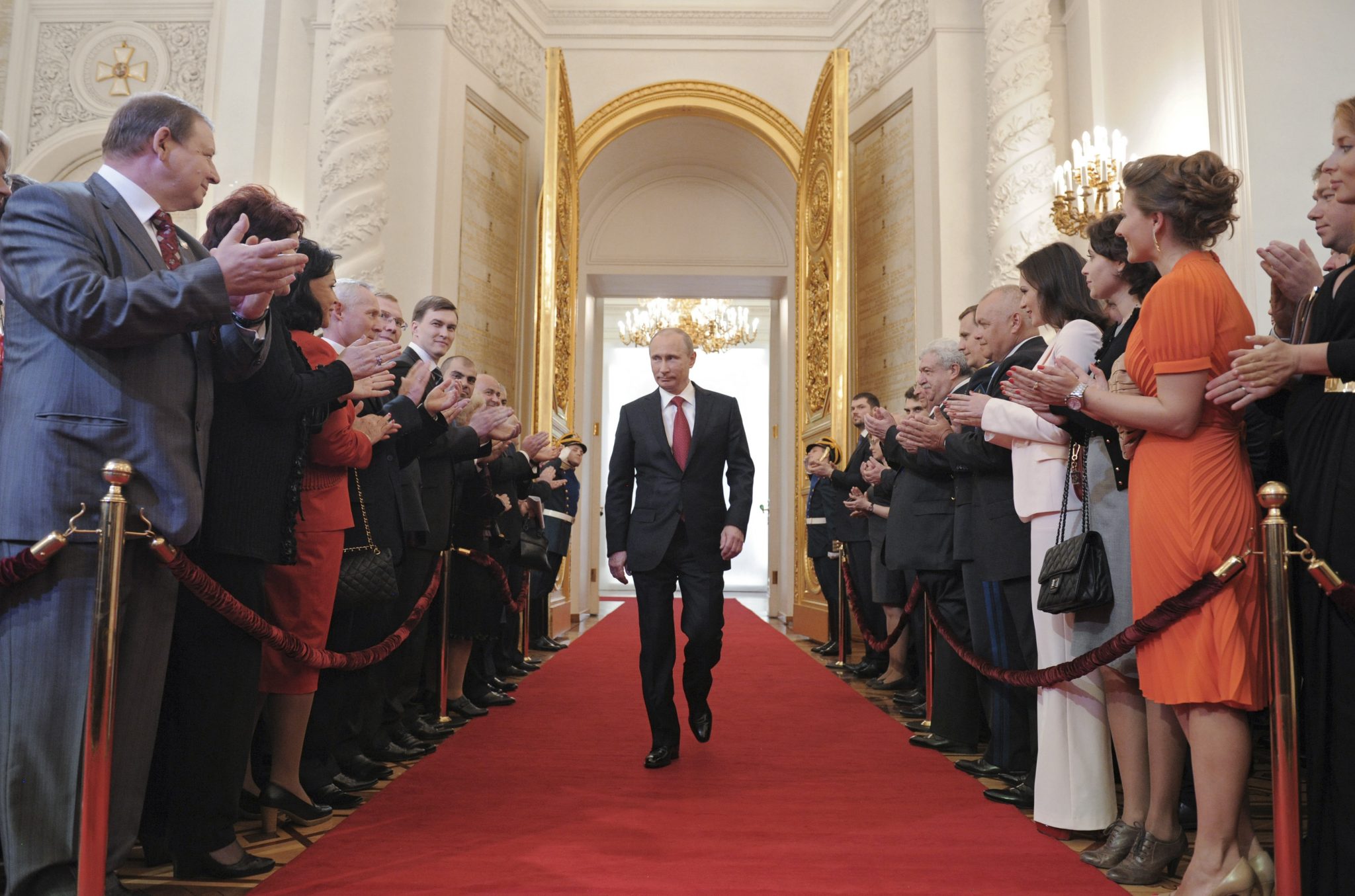 New Russian President Vladimir Putin (C) walks as he attends the inauguration ceremony at the Kremlin in Moscow, May 7, 2012. Vladimir Putin appealed for unity in Russia after being sworn as president on Monday and pledged to strengthen democracy in his new six-year term. REUTERS/Alexsey Druginyn/RIA Novosti/Pool (RUSSIA – Tags: POLITICS) THIS IMAGE HAS BEEN SUPPLIED BY A THIRD PARTY. IT IS DISTRIBUTED, EXACTLY AS RECEIVED BY REUTERS, AS A SERVICE TO CLIENTS – RTR31Q3J