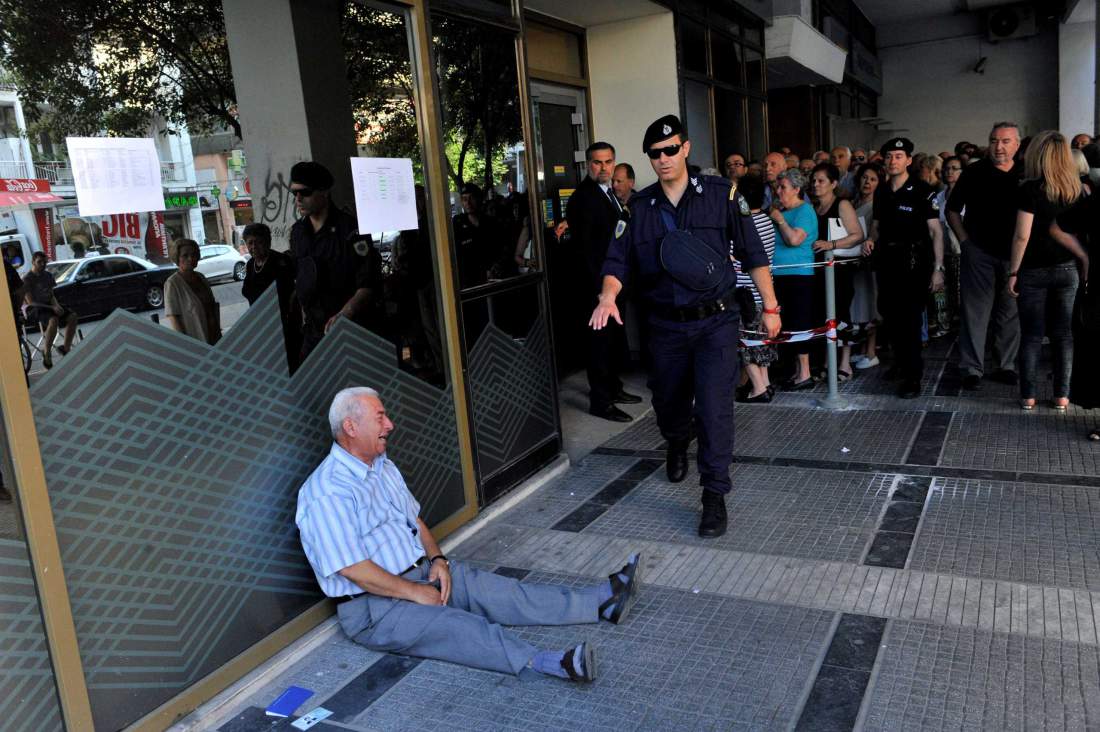 (FILES)-A July 3, 2015 shows Giorgos Chatzifotiadis, sitting on the ground crying outside a national bank branch, as pensioners queue to withdraw their pensions, with a limit of 120 euros, in Thessaloniki. Retiree Giorgos Chatzifotiadis had queued up at three banks in Greece’s second city of Thessaloniki in the hope of withdrawing a pension on behalf of his wife, but all in vain. When he was told at the fourth that he could not withdraw his 120 euros ($133), it was all too much and he collapsed in tears. AFP PHOTO /SAKIS MITROLIDISSAKIS MITROLIDIS/AFP/Getty Images